Magennis delighted to get off the mark 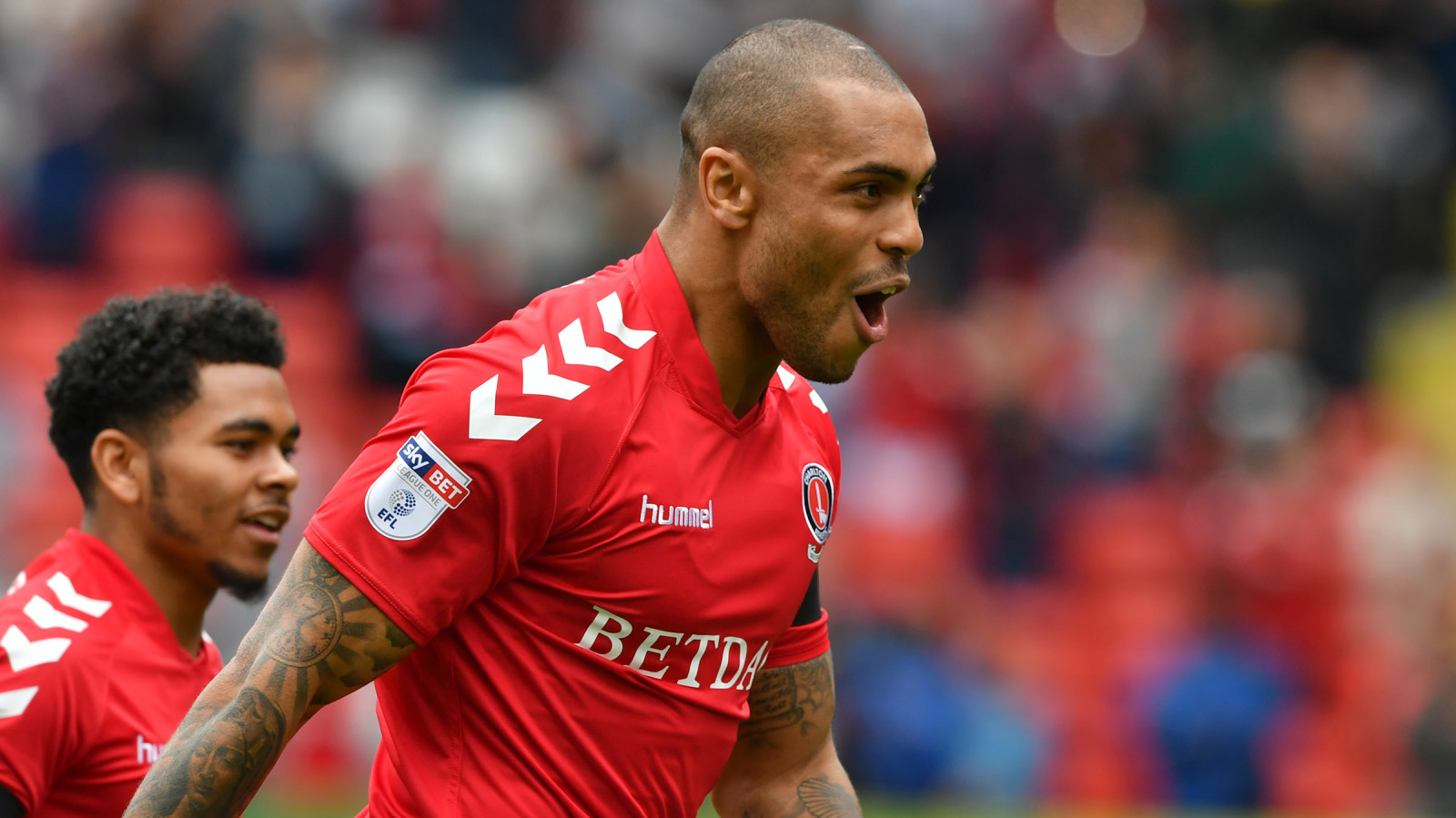 Josh Magennis was delighted to get off the mark as his second-minute goal set Charlton on their way to a convincing 4-1 victory over Northampton Town on Saturday.

The striker was desperately unlucky not to find the net at Plymouth Argyle last time out, but was quick off the mark at The Valley, heading home from Ricky Holmes’ cross to net the first of four fine strikes.

“I knew with the players that we signed that the chances would be coming and it would be up to me to take them.

“Last week it wasn’t the case, but I managed to grab one today and next week I’m looking for two or three! I know that my teammates will make chances for me, so it’s up to me to take them.”

“It was a fantastic win,” he continued.

“Last week we played well in patches but it wasn’t our day to score the goals and we said after that game that we would correct it this week and that’s what we’ve done. It was a full, dominant performance against a very physical side.

“Last season there may have been a bit of panic when their goal went in and a bit of unease. But we’re fully focussed and confident in our ability and with the fact that we can perform on the pitch so it was all about just staying calm.

“It was just about having all hands to the pump and taking our time and, thankfully, with the players we have, those types of goals are always going to go in so it ended up being a nice 4-1 performance.

Meanwhile, Magennis reserved a word for the Valley faithful, who once again played their part from the stands.

“The crowd has always made noise, but it seems like there is more who have come back which heightens the atmosphere and that’s fantastic,” he said.

“The more support we have, the more intimidating it is for the opposition.

“We value what they do for us dearly because, obviously, without the fans there is no club. We just ask that they come and support us and, hopefully, we can put on a performance like that every week.”