Robinson looks ahead to Gillingham 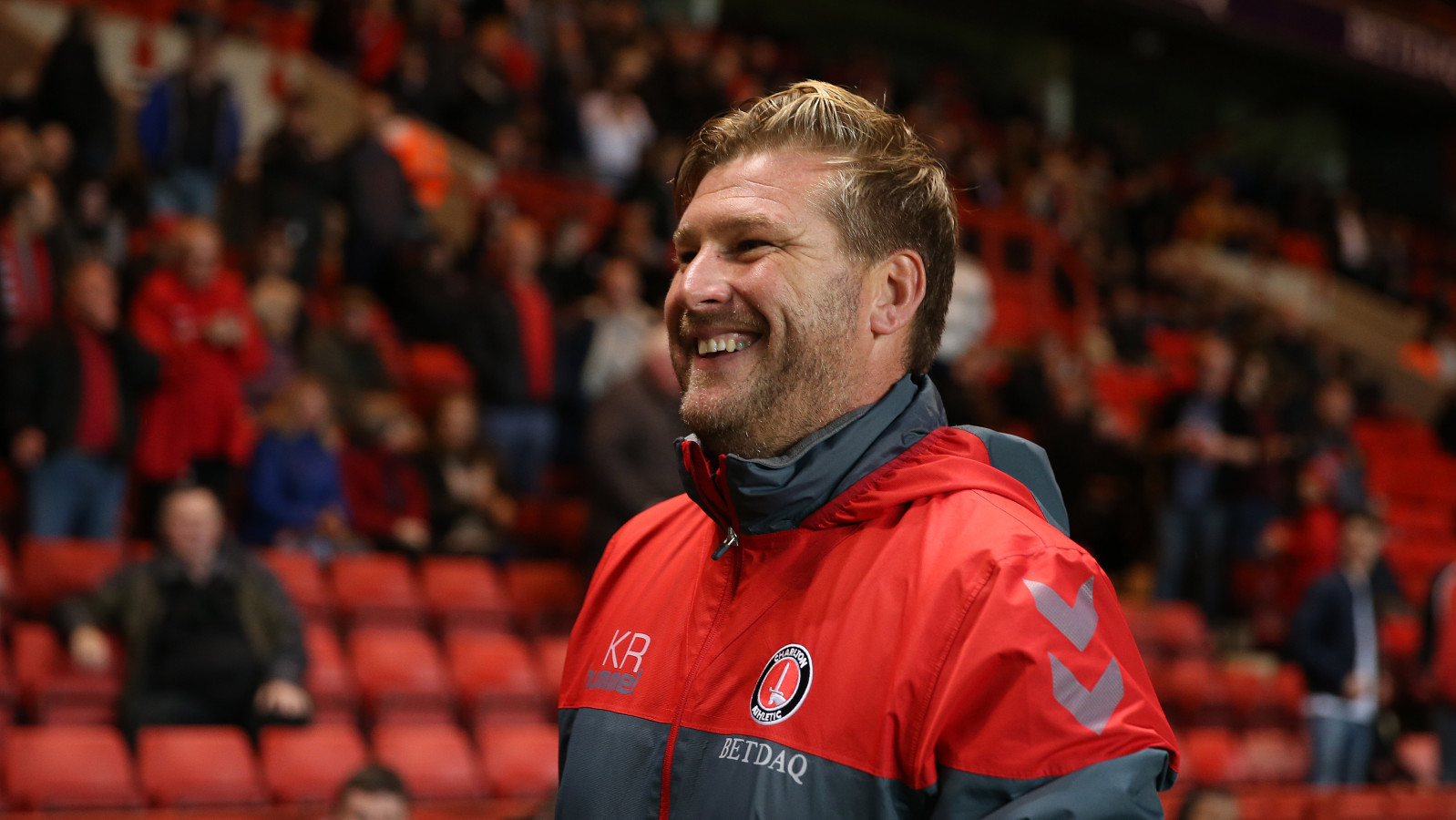 Karl Robinson insists that he has no reason to ring the changes for Saturday’s trip to Gillingham despite the disappointment of Tuesday evening’s defeat to Wigan Athletic at The Valley.

The Addicks make the short trip to Medway off the back of a first loss in five games and the Charlton boss says that his side will dust themselves off and go again in front of a sold-out away end at the weekend.

“The players that played on Tuesday deserve an opportunity to go back into the game and be on the front foot and be aggressive in what we want to do,” he explained.

“Hopefully, we can achieve a result that the fans deserve. Obviously, selling out the tickets is superb and it’s a big area behind that goal. We’re going to be well supported so we’ll be looking forward to kicking towards their end and sending them back down the A2 very, very happy.

“I know we have a big part of our fanbase over that way, so we’re really looking forward to the challenge.”

Meanwhile, Robinson maintained that it was important to learn the lessons from Tuesday evening and move forwards with a positive reaction at the Priestfield Stadium.

“We’ve had a de-brief and we’ve spoken very honestly with each other,” he said.

“We know that we weren’t anywhere near our best and we feel frustrated by that. It was disappointing, but it’s part and parcel of football.

“You have to dust yourself off and go again and there’s no better challenge than to go to Gillingham for a derby at the weekend.”

Speaking to the media at his weekly press conference on Thursday afternoon, Robinson also provided an injury update ahead of the trip to the Gills.

“He had a scan yesterday and he’s been given the all clear, but he won’t be in contention yet for Saturday. It’s about the bigger picture. He has to be fit for the remaining games of the season, not to get him fit for one or two and then miss the next six.”

“Mark Marshall has been running outside today which is a tremendous step in the right direction,” Robinson continued.

“Hopefully he’ll be back ready and raring to go shortly. Lewis Page and Harry Lennon have also both started running outside, so the four players who weren’t fit and not in contention at all are starting to get fit and get near their levels.”