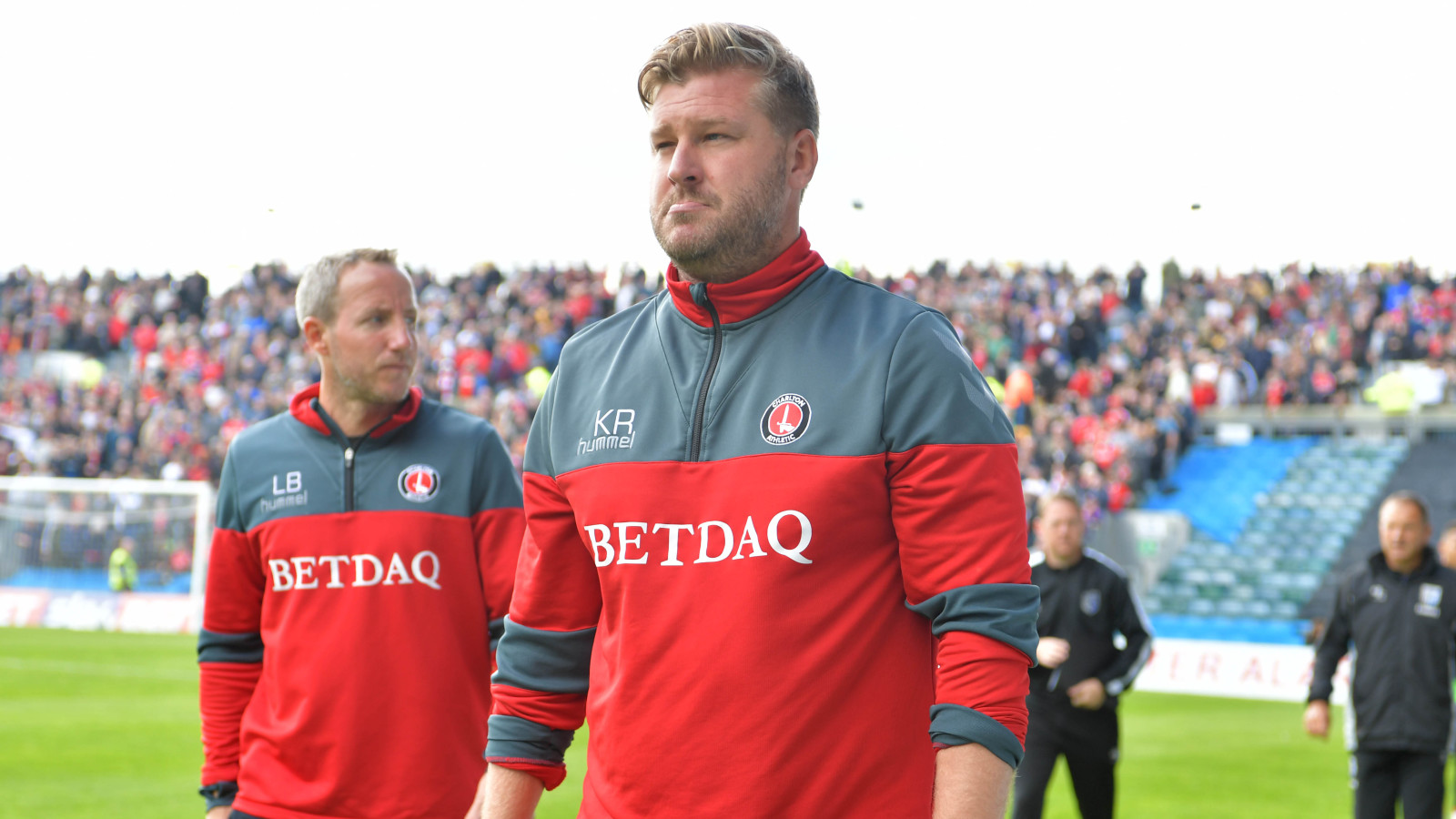 Karl Robinson was left frustrated after his side failed to score despite creating a number of chances during Saturday’s 1-0 defeat at Gillingham.

Charlton had much the better of the majority of the match and had 23 shots, but could not convert as Tom Eaves’ 54th-minute strike proved to be the difference at the Priestfield Stadium.

Speaking to the assembled press post-match, Robinson admitted that he could not have asked anything more from his players, other than put the ball in the back of the net.

“The goalkeeper got man of the match, but we didn’t take our chances and that, unfortunately is the nature of the industry – we’ve got to score goals,” he said.

“We were the better team by a long way today, but fans don’t care about that, they care about winning. All we can do is keep doing the right things and make sure we keep making those chances.

“It’s been mentioned that we’ve not come back when we’ve gone behind this season and if that was the case and we weren’t creating chances, I would be very disappointed and I would start to look a bit deeper at some of the roots. I’m frustrated, but I can’t question my players.

“You go in there and talk to the players about what they’re looking for, but they’ve got to score.”