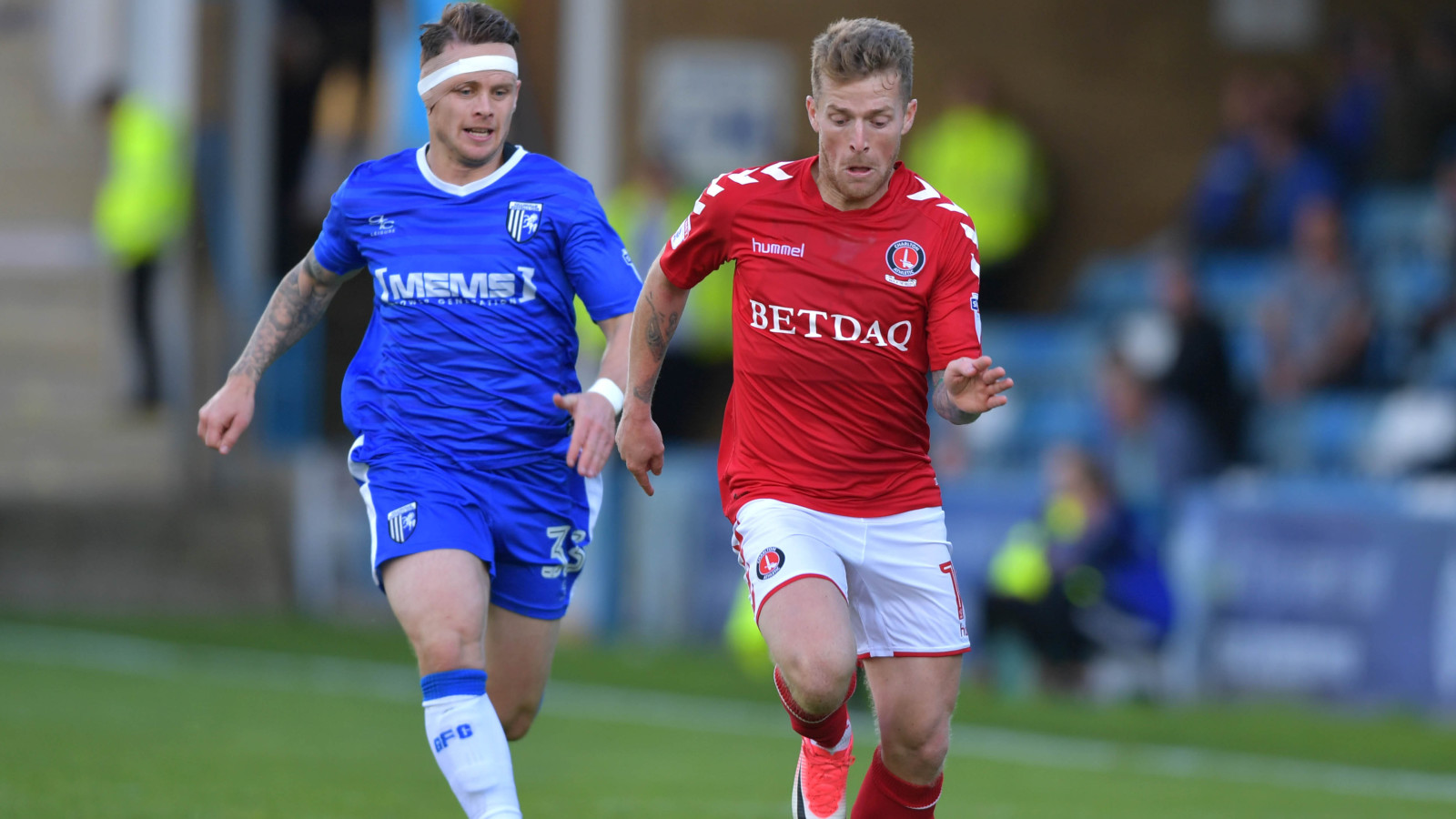 A Man of the Match performance from Gillingham goalkeeper Tomas Holy took the home side to a 1-0 victory at Priestfield sending the Addicks to a second consecutive defeat.

Charlton had 23 shots with 12 on target but the Czech stopper made some superb point black saves to help his side to three points.

Karl Robinson for the third game running named an unchanged side and straight from kick-off Charlton burst forward in the form of Ricky Holmes who ran past numerous Gillingham players but his cross from the left didn’t quite find a teammate in the red Charlton area.

The Addicks then had a penalty appeal when Tariqe Fosu tried to capitalise on a poor back pass by Alex Lacey and went down in the box under the challenge from the full back.

In the fourth minute Charlton had a fantastic chance to make it 1-0. Jay Dasilva fed Holmes who got in behind full back Luke O’Neill. The winger’s cross made its way to Magennis who shot powerfully but straight at Tomas Holy from within 10 yards.

In the fifth minute Holy was called into action again when he palmed away a Fosu effort from just outside the area.

Gillingham had a 12th minute goal disallowed when their captain Gabriel Zakuani was adjudged offside after heading in the rebound from a Sean Clare free kick that Ben Amos had palmed onto the crossbar. Following the disallowed goal Max Ehmer was booked for bringing down Holmes on the counter attack.

In the 26th minute Holy had to get down to his right to deny Holmes a long range, first-time effort after some patient build-up play by the visitors.

Clarke again forced a save from Holy in the 33rd minute, controlling a loose ball well his first drive from range was blocked by Zakuani and his second effort was straight at the Gillingham goalkeeper who gathered comfortably.

The Addicks had another penalty appeal in the 40th minute but again Graham Salisbury said ‘no’ when Fosu went down under a challenge after some lovely passing Charlton football. From the resulting corner a powerful Bauer header was well saved by Holy.

Charlton came out for the second half looking to take control of the game. Within minutes Clarke set Holmes away down the left and the winger won a corner, the Addicks were unable to take advantage though.

Holy made a fantastic save to keep the scores level in the 51st minute. Bauer found Holmes free in the box and the winger’s shot on goal found its way to Magennis who swivelled but was denied by Holy who closed the angle and made himself big brilliantly.

Gillingham went up the other end and took the lead when Ehmer got in behind the Charlton defence and dragged back to Tom Eaves who made no mistake from close range.

Holy again denied Charlton, this time tipping over a Holmes effort from just inside the box the 62md minute when a Fosu cross was cleared to the winger.

Charlton continued their pressure and Clarke was denied after some wonderful harrying from Holmes to win the ball deep in the Gillingham half. Byrne cleared off the line from a Bauer header after a deep Solly cross from a quickly taken corner from the Addicks.

With just minutes remaining it was again Holy to the rescue brilliantly denying Konsa who found himself with a bit of space in the Charlton box. The rebound fell to Konsa who was again blocked and the ball went behind for a Charlton corner.

In stoppage time a Pearce header from a Holmes free kick went just wide of the post.

In stoppage time an Ahearne-Grant effort, that seemed destined for the goal, hit Magennis and shortly afterwards the referee blew the full time whistle.