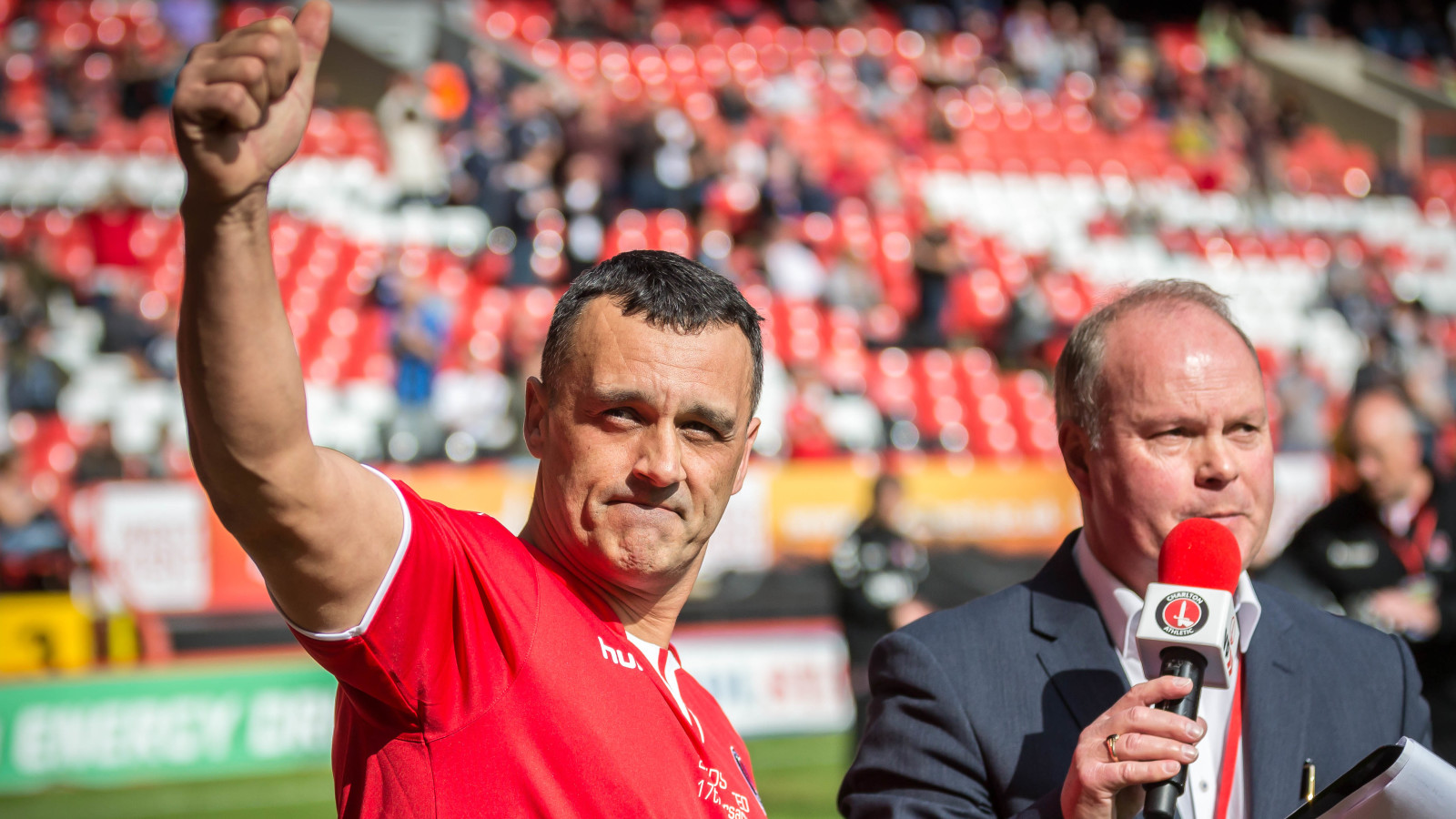 Clive Mendonca was left feeling humbled on his return to The Valley as he played a starring role in Sunday’s Legends United match.

The striker was paying a rare first visit back to SE7 in over a decade and took part in a showcase penalty shootout at half-time of the Keith Peacock XI versus Dave Berry XI charity game which was celebrating 25 years since the return to The Valley.

Following the 3-3 draw, Mendonca was then drafted in to Peacock’s penalty shootout lineup and scored the winning spot-kick to seal victory on a memorable day for all involved.

After his heroics, he spoke of the reaction he received from the supporters, saying: “It was magnificent. To see all the love off the crowd was really, really nice and really humbling.

“I haven’t been here for years on end, but it was really nice to see that the fans still appreciate what I’ve done and that will stick with me.”

“When I played football, whichever club I played for, I always gave it my best shot,” he continued.

“And I must admit, whenever I pulled on the Charlton shirt, I always felt as though the fans were behind us and that gives you so much lift as a player.

“It was a long time ago, but I just feel appreciated, which is really nice.”

Meanwhile, most famous for his magnificent Wembley hat-trick which helped to seal the Addicks’ place in the Premier League over his boyhood club Sunderland in 1998, Mendonca was asked whether he had a favourite goal of his treble on that day.

“I do actually!” he explained.

“For me, I always say my first one. I did the defender on the turn, but what people don’t realise is that I gave the keepers the eyes. I looked one way and put it the other and, if you watch the goalkeeper, he just falls and it looks bad on his behalf! But as many professional strikers will tell you, always give the keeper the eyes.”

Supporters can watch a full interview with Mendonca on Valley Pass by clicking here.