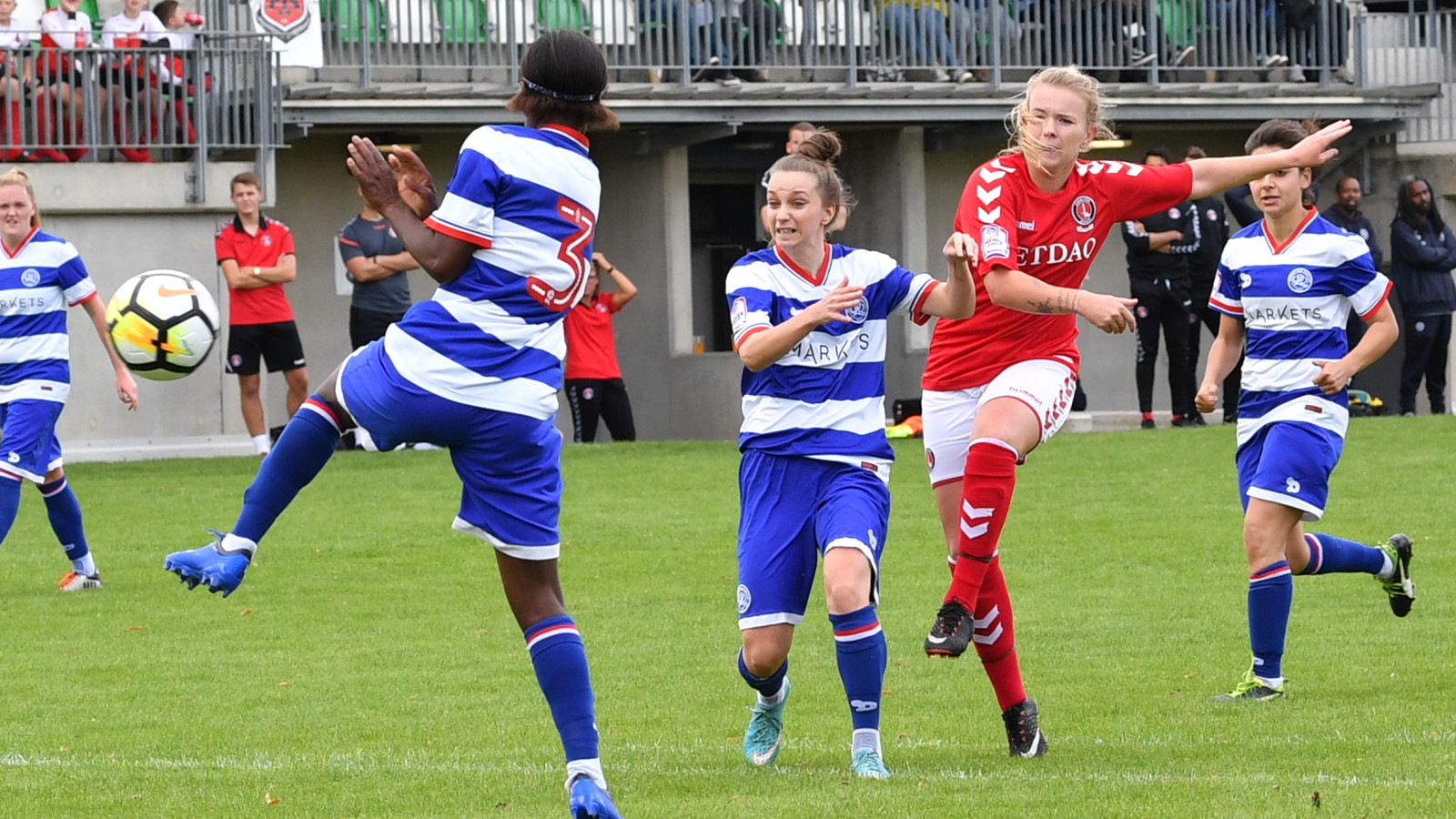 A dominant but ultimate profligate performance in the first half meant the tie went into the interval finely balanced, with a Kim Dixson opener all that separated them.

But a far better performance against a fatigued nine players saw the Addicks surge clear with six goals in the second half and five different scorers. Strikes from Charlotte Gurr, Ellie Dorey, Katie Flack and Hope Nash supplemented a Kit Graham double to make it a big win in the end.

Head coach Riteesh Mishra made a couple of changes from the side that beat Portsmouth 1-0 last weekend, with Katie Flack and Nicole Pepper restored to the starting 11 in place of the suspended Grace Coombs and unavailable Charlotte Lee.

The deadlock ought to have been broken inside the first 10 minutes, with Charlton coming out of the blocks firing. But they fell narrowly short, with Rangers thanking the woodwork on a number of occasions.

Clifford went close twice, with QPR stopper Gillian Kasirye pushing one onto the post. Daisy Monaghan was unlucky when she spotted Kasirye off her line and launched an effort from 35 yards that flashed just wide.

Gurr had the ball in the net in the midst of those chances, but saw the strike ruled out after the assistant referee deemed the ball had gone out of play before Dorey could send the cross over.

In the end it took a sensational strike from skipper Dixson on 20 minutes to open the scoring. The captain picked the ball up 25 yards from goal and curled a beauty into the top far corner, giving Kasirye no chance.

The visitors’ sole shot came five minutes later when Sophie Gardiner lined up a free kick, but it flew well over the crossbar. Flack, Dixson and Nash then all went close to adding to their side’s lead, but couldn’t quite add to the tally in the first period. The final chance went to Monaghan, again from 35 yards or so, but it rattled the bar and fell to safety.

Charlton started the second half as they meant to go on, Kasirye foiling Dorey straight from kick off. Four minutes into the half the advantage was doubled; Kasirye’s poor clearance falling straight to Gurr just inside the penalty area and the striker made no mistake in firing home.

Dorey made it three after latching onto an excellent pass in behind the Rangers defence, before the winger and Ruby Southgate both hit the woodwork.

It was four on 74 minutes when Flack swung the ball in the vicinity of the goalmouth from the left wing and her cross-shot crashed against the inside of the far post and into the net.

Graham, who came on as a 64th minute substitute, as ever had her say, netting a brace on 79 and 83 minutes, whose goals sandwiched a Nash strike.

The final action of the match went to Ruby Southgate, who tested Kasirye from range but the stopper was up to the challenge.

The Addicks will now travel to Rush Green to face West Ham United Ladies on Wednesday.

Highlights from the fixture can be watched for free here on Valley Pass. Simply register for free or login to view all seven goals.