Charlton star named in the EFL Team of the Week 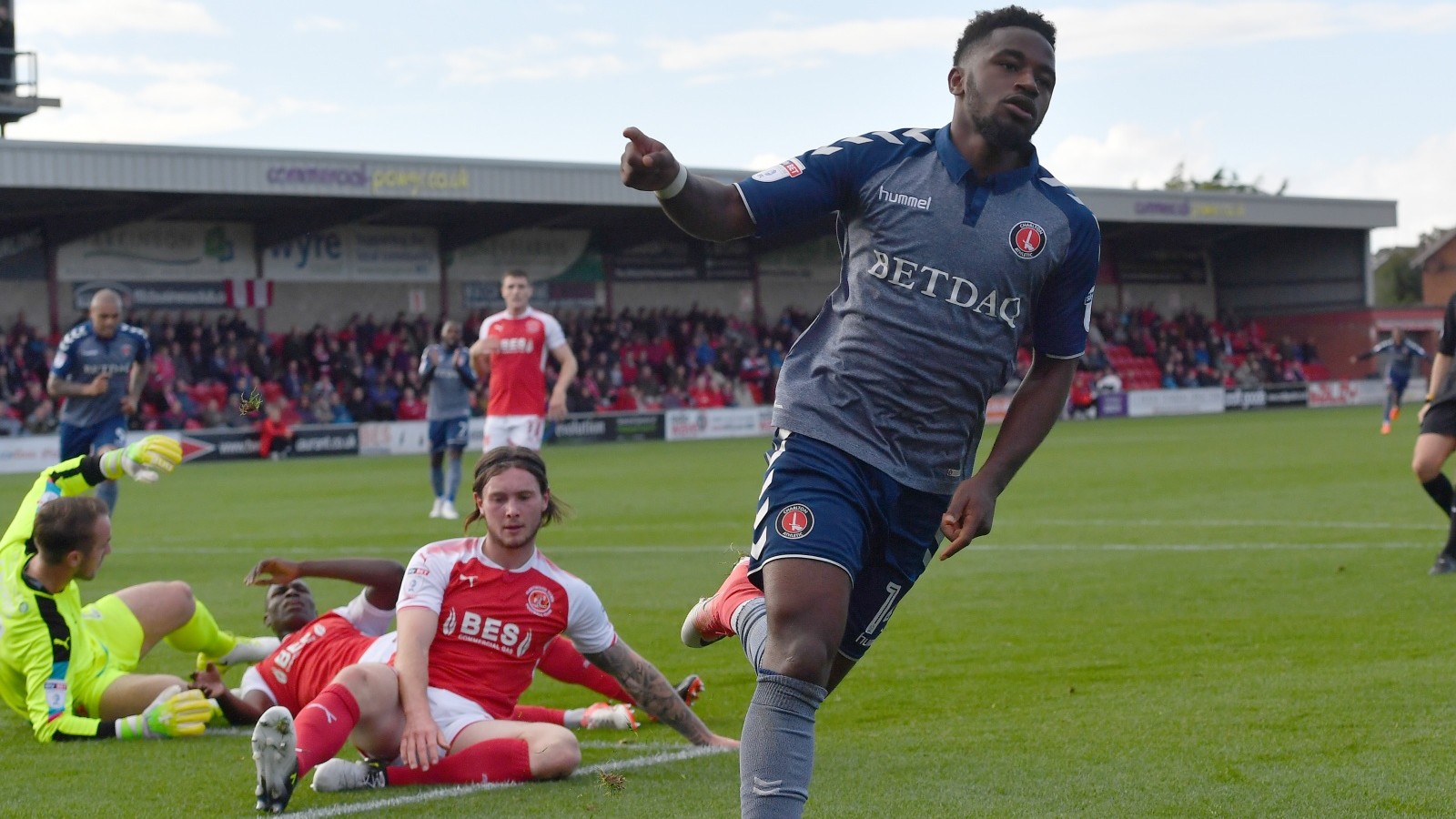 Hat-trick hero Tariqe Fosu has been named in the EFL Team of the Week for his perfect treble against Fleetwood Town at the weekend.

The 21-year-old took his goal tally to five this season, scoring one with each foot to go with a headed goal as the Addicks claimed a first win in four League One games.

His excellent performance has now been rewarded with a place in the EFL Team of the Week, and praise from manager Karl Robinson, who compared him to Ademola Lookman.

“He plays off both feet and in different positions. It’s pleasing for us that he can fill in all those areas.

“He was brought in here to be a squad player with the quality of Mark Marshall, Ben Reeves, Billy Clarke and Ricky Holmes.

“We knew it was going to be hard for Tariqe to find that way in. But through big injuries to some big players, he got his chance sooner rather than later and he exploited it.”

The hat-trick from Fosu has taken him to five goals this season, putting him top of the scoring charts for the Addicks.

Fosu is now looking forward to pushing on, and getting more help from Marshall and Reeves when they return to first-team action.

He said: “I work hard every day to try and kick on, and it will be good to get them back - competition is the best thing.

“I want to learn from Marshy and Reevesy and their experience because they’re top players, as I have seen from training with them. They can show me things and I add that to my game.”

Fellow academy product Ezri Konsa also had an impressive game in defence as Charlton won on the road, and said Fosu has settled into first-team life quickly.

Konsa said: “He has been great since he came to the club, he’s slotted in really quickly and become one of the lads. He’s a great lad and I’m really pleased for him.

“We definitely deserved to win and I think on a different day we could have got more goals. We were solid at the back and everyone is really happy in the changing room.”