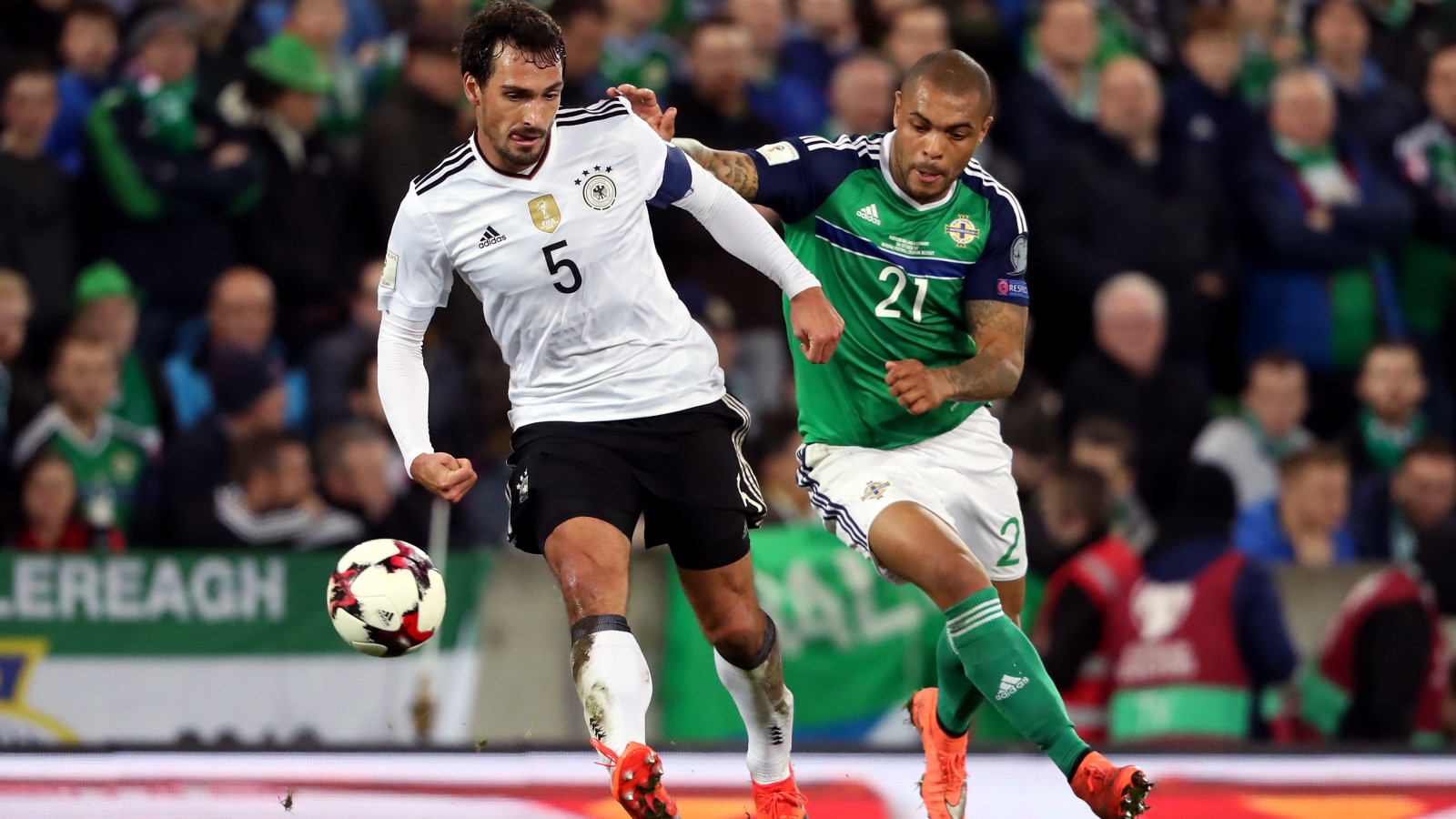 Josh Magennis’ Northern Ireland have been drawn against Switzerland in the World Cup play-offs.

The Green and White Army will host the Swiss on Thursday, November 9th with the second leg being contested in Switzerland three days later.

Magennis found the net three times during their regular qualifying campaign, scoring twice away against San Marino and once against the Germans in Belfast.

Northern Ireland were unseeded in the draw for the play-offs, which took place at FIFA’s Headquarters in Zurich on Tuesday afternoon. The others European ties saw the Republic of Ireland drawn against Denmark, Croatia against Greece and Sweden against Italy.