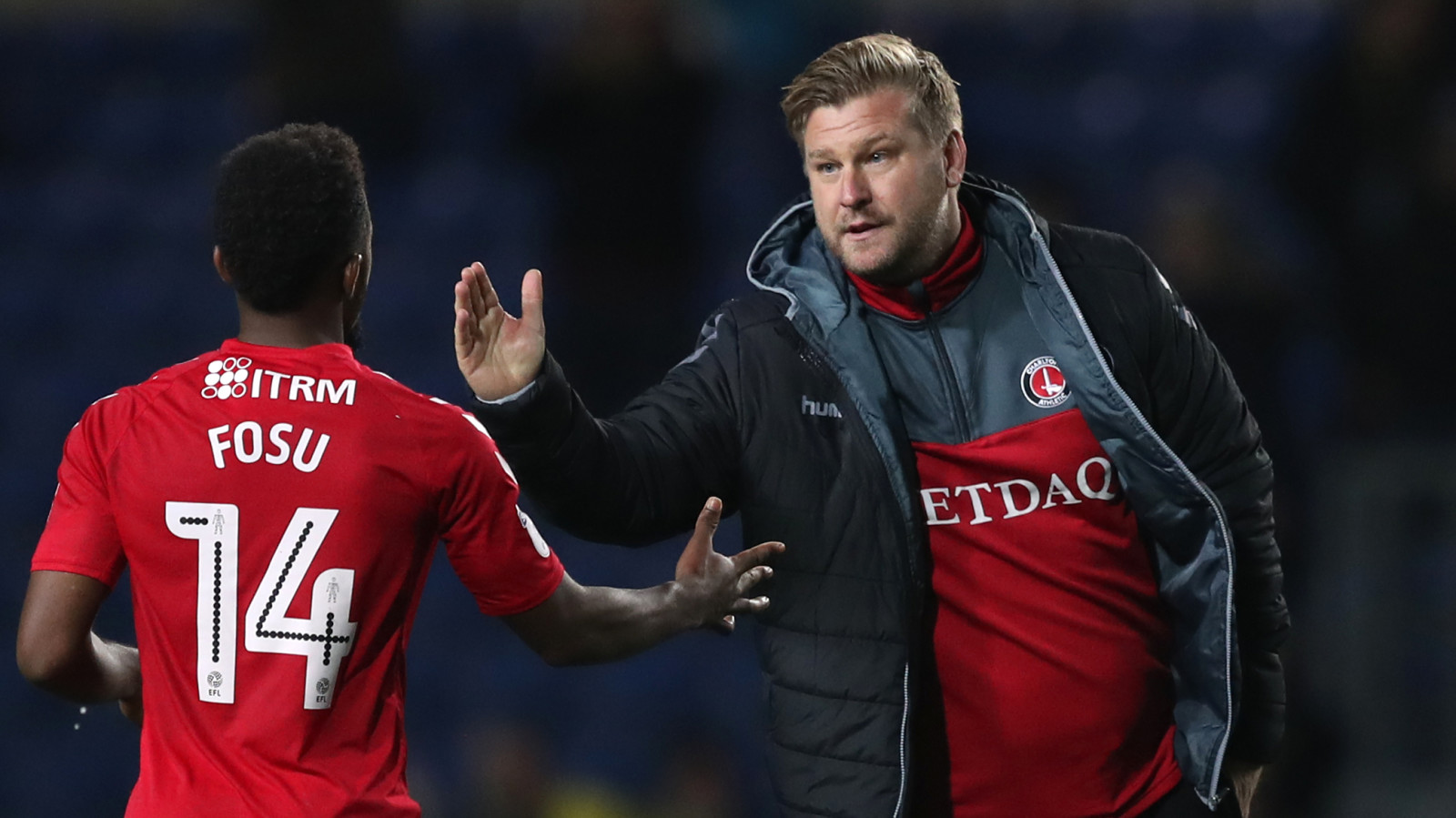 Karl Robinson was left proud of his side’s performance after picking up a point from an entertaining 1-1 draw against Oxford United at the Kassam Stadium on Tuesday evening.

The Addicks went ahead through Tariqe Fosu’s sixth goal in four games, but were pegged back before the break when Christian Ribeiro found the net.

And although Charlton had much the better chances to claim all three points, Robinson insisted he could not have asked for any more from his players.

“It was probably one of the best games I’ve watched this season. On the eye, that was as pleasing as you get,” reflected the Addicks’ boss.

“I thought we were the better team. They might say different, but we had six or seven really good chances – ones that we would normally take.

“We were as fluent, as classy and as strong as I’ve seen all season, against one of the best teams, away from home.

“I’m frustrated, but I’m so proud of my players tonight, I really am. We’re really pleased with our whole team performance today.

“We picked up where we left off Saturday and we’ve come here against a good team and performed with those levels so I’m really proud of the team,” he continued.

“And for the fans who came, thank you for your support – all we could hear were our fans, not theirs, so it’s really pleasing.

“We could have made the game a lot easier for ourselves, but when human error takes over, I don’t become critical. I can’t ask any more from them tonight.”