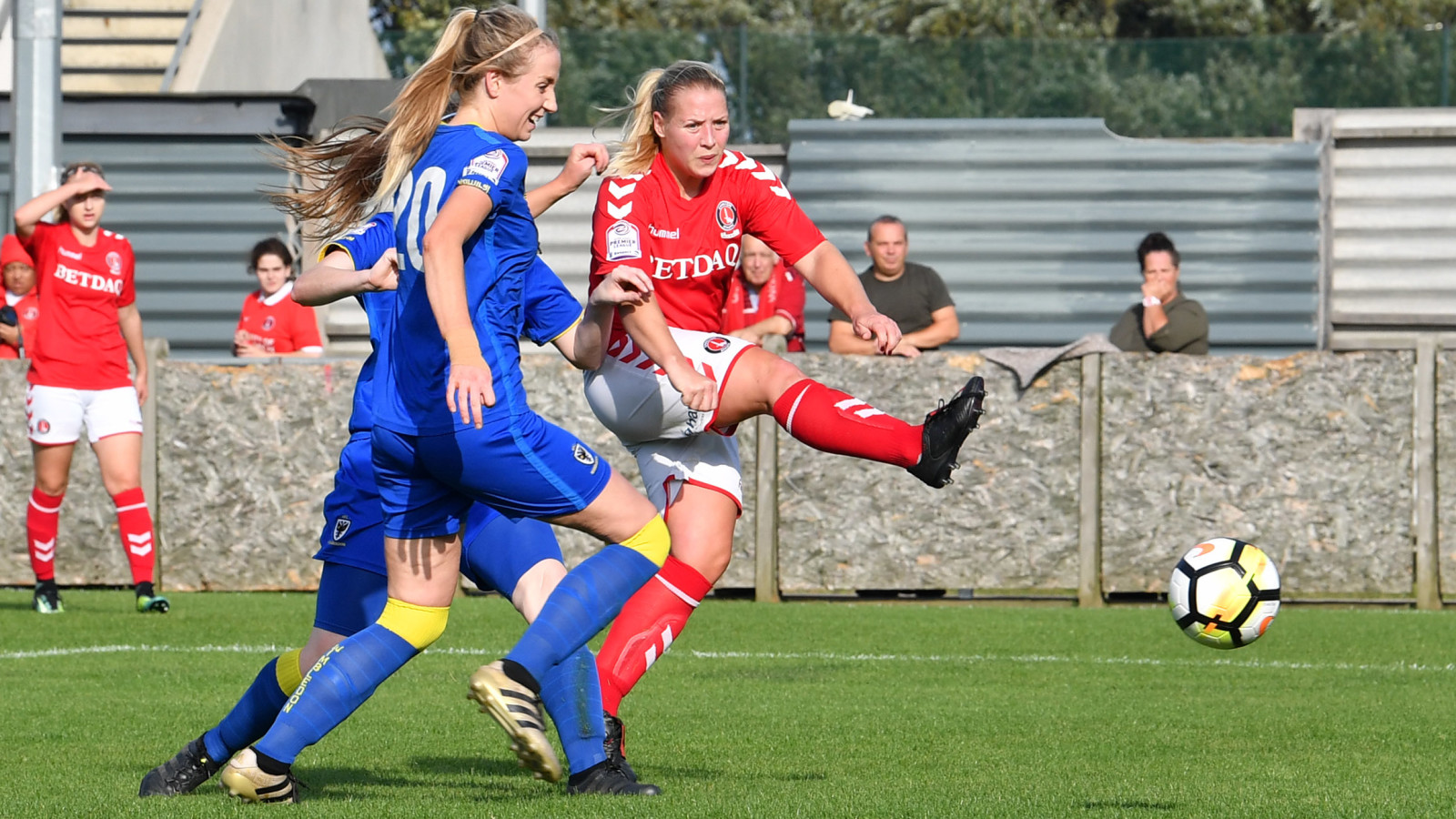 A last-gasp Charlotte Gurr header eight minutes into injury time helped the Charlton women’s team reach the second round of the FA Women’s Premier League Cup with a 3-2 win over AFC Wimbledon at Sporting Club Thamesmead on Sunday.

Rebecca Sargent fired Wimbledon in the lead after just five minutes but a double from Charlotte Lee looked to have won it for Charlton, only for the Dons to level on 95 minutes through Katie Stanley.

But Gurr had the final say, powering home a header from a Hope Nash cross with seconds remaining.

Head Coach Riteesh Mishra took the chance to rest a few players and made four changes, with Lee, Daisy Monaghan, Ruby Southgate and Flo Jackson brought into the starting line-up. Chloe Brunton-Wilde, Grace Coombs, Charley Clifford and Nicole Pepper all dropped down to the bench.

On five minutes, Wimbledon went in front. Sian Wyllie whipped a set piece into the penalty area where Sargent was unmarked and rose to power a header past Startup.

The next quarter of an hour was bereft of chances for either side, with Charlton taking a good 20 minutes to finally find their feet. Nash, Jackson and Lee missed a trio of chances.

On 31 minutes the home side were level. Kit Graham played a lovely ball in for Lee to poke home from close range.

A Jackson shot on the turn brought an excellent save out of Salgado and the youngster followed that up by crossing for Gurr to head just over.

It was the 19-year-old who looked most likely to make something happen after the interval. She was integral in setting up a chance for Lee, before turning a Nash shot goalwards only to be thwarted by a good stop by Salgado.

Bisson then went close twice, either side of what may have been Salgado’s best save of the clash, when she parried away a powerful 25-yard Graham free kick to safety.

A minute past the hour mark, Lee had her and Charlton’s second of the afternoon when she fired in from close range.

Three minutes later, Gurr had the chance to wrap the tie up. The ball found its way to the back of the penalty area, where Nash knocked the ball past former Addick Abbie Meaures, who stuck a foot out and brought the winger down. The referee had no hesitation in pointing to the spot, but Salgado was equal to Gurr’s penalty.

It seemed certain Charlton would be heading into the next round anyway and, while they eventually did, it wasn’t in the manner they would have expected.

The drama started when Nash looked to have been fouled in the Dons’ half, but the referee waved away the home side’s protests. Wimbledon then marched down the other end and Stanley curled an excellent effort past Startup and into the far corner.

Not to be outdone, Charlton hit back a couple of minutes later when Nash again beat Measures easily and crossed for Gurr, who was unmarked inside the six yard box to head home.