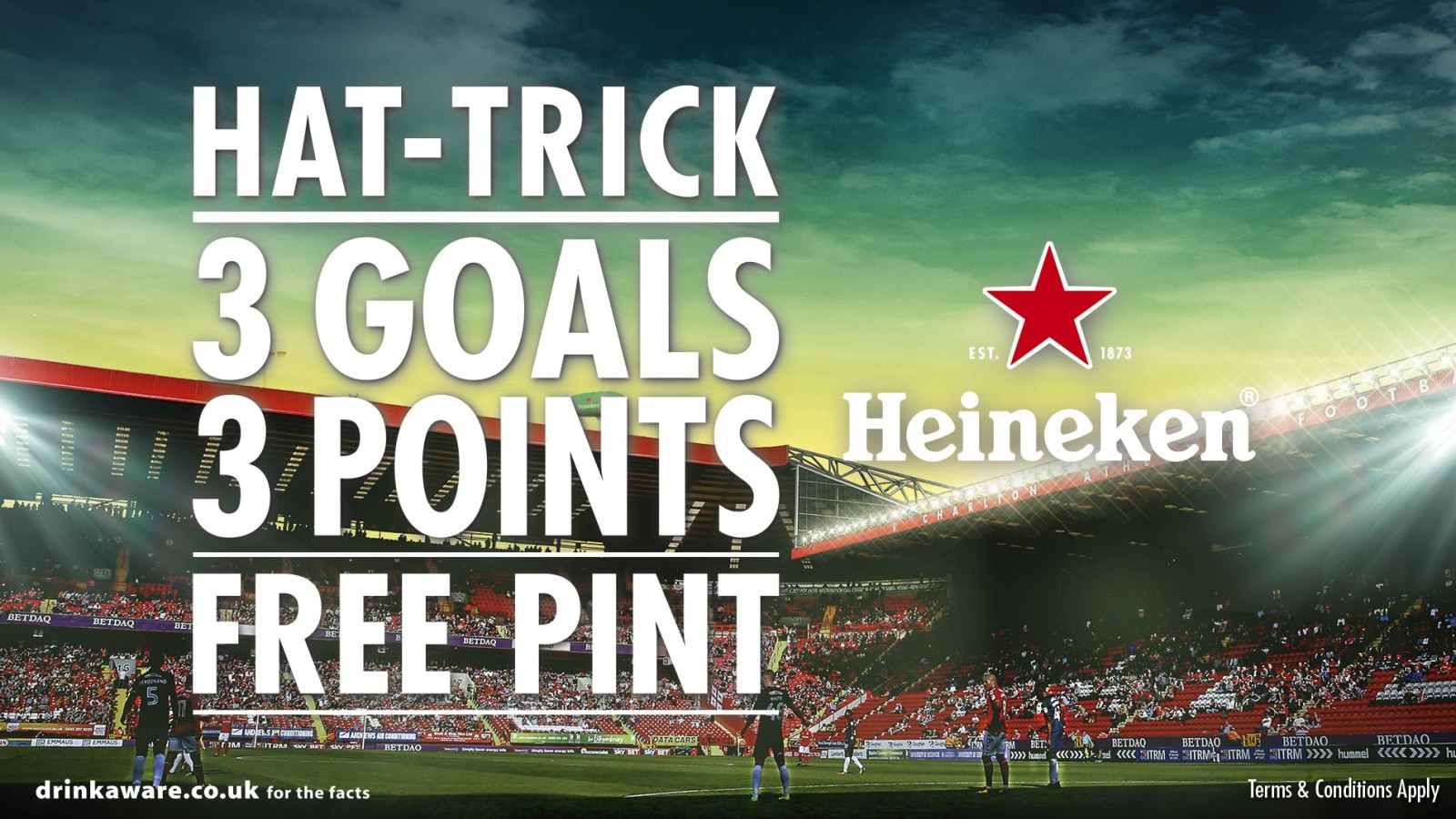 From today’s game against AFC Wimbledon the club will kick-off the Heineken Hat-Trick promotion which is set to run for the rest of the year.

The Heineken Hat-Trick will mean that in any home league game where Charlton score three goals and secure three points Charlton fans will be entitled to a free beer in the club’s fans’ bar.

The first 500 people, aged over 18, in the Fans’ Bar after full-time following a league win by three goals, will be given a voucher which will entitle them to a free beer in the bar.

Regional sales manager at Heineken Tom Griggs is a Charlton fan of more than three decades and was crucial in setting up the promotion. He said: “My entire family has always supported Charlton. One of my earliest childhood memories is of loads of us going to Wembley in 1987 for the Full Members Cup Final. We lost and I don’t think it was a particularly exciting game, but the whole atmosphere got me hooked and I’ve been going ever since. I think the team this season has the potential to score plenty of goals, which is why I think the Heineken Hat-Trick will be so much fun. I’m looking forward to celebrating a three goal plus win with a cold pint of one of my favourite beers!”

Full terms and conditions apply and are available in the Fans’ Bar.