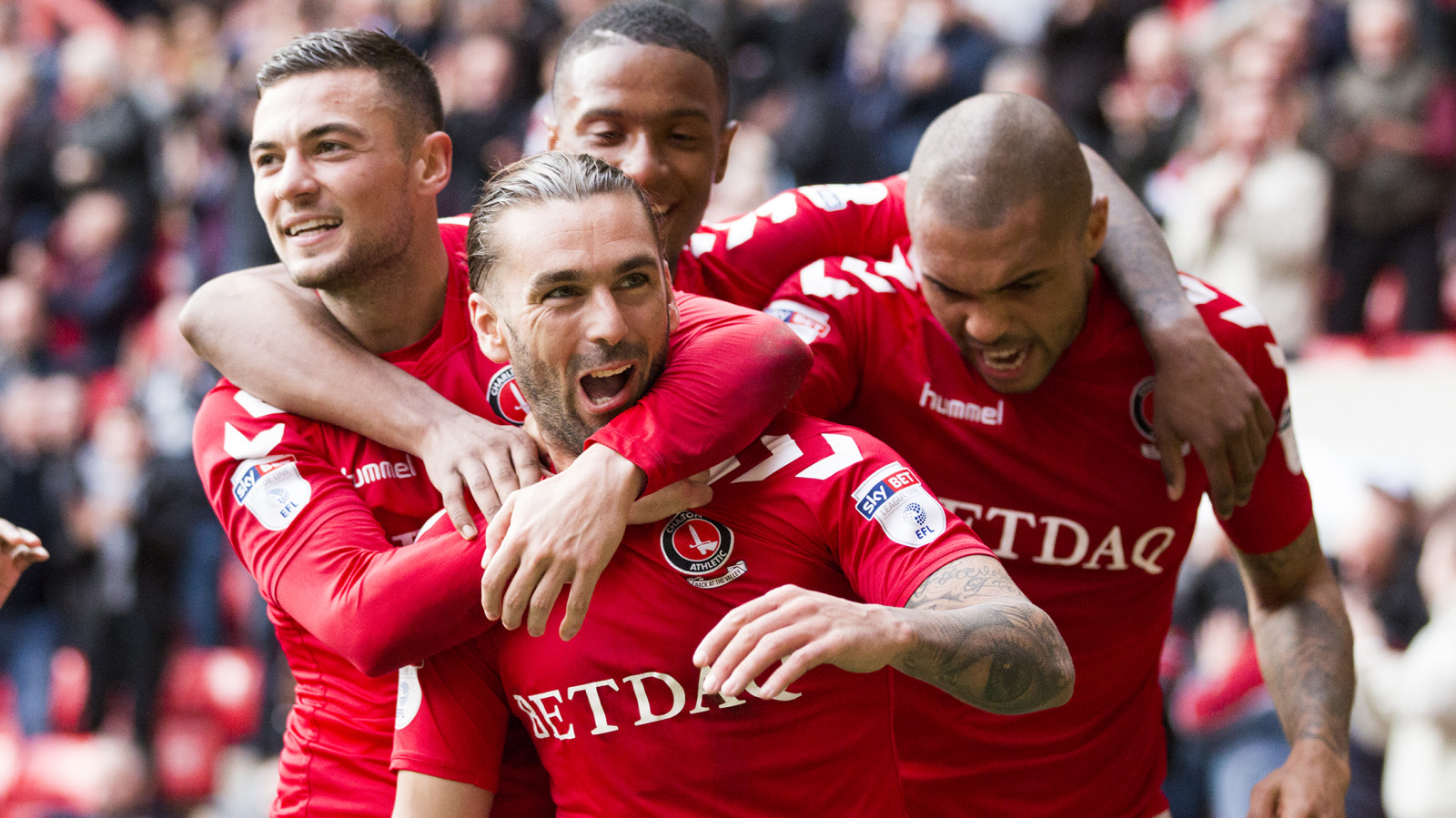 A brilliant Ricky Holmes free-kick earned Charlton all three points against AFC Wimbledon at The Valley on Saturday afternoon.

The strike came after the winger had been fouled just outside of the box 12 minutes from time and saw the Addicks breach the rear-guard of the well-organised and determined Dons.

The victory makes it four wins in five and three clean sheets in four for Karl Robinson’s side, who remain fourth in the Sky Bet League One table.

In terms of team news, Robinson made one change to the XI that started last weekend’s impressive victory at Bradford City. Jay Dasilva came into replace Naby Sarr at left-back, while there was also a welcome return to the bench for summer signing Mark Marshall following injury.

The game’s first opening arrived on five minutes following a foul on Tariqe Fosu on the edge of the box. Holmes and Jake Forster-Caskey stood over the ball and it was the latter that stepped up to take the set-piece but his effort sailed over.

Lyle Taylor drove a strike wide of Ben Amos’ goal in what was the Dons’ first opportunity on 14 minutes, and 10 minutes later the Addicks had a penalty appeal turned down as the match threatened to burst into life.

Fosu skipped beyond his man inside the box before hitting the deck but referee Ben Toner was unmoved.

Sixty seconds later, the Charlton man picked up a loose ball and from 25 yards out dragged a strike wide of the target.

The Addicks were looking to up the tempo and only a brilliant defensive header from Wimbledon’s Deji Oshilaja denied Josh Magennis of a goalscoring chance from a Billy Clarke cross a couple of minutes later.

A dangerous run forward from Fosu ended with his cross just eluding a couple of red shirts in the middle and that proved to be the final opening of a quiet first 45 minutes.

Wimbledon forced a flurry of corners straight after the restart, but the Addicks dealt with them all, and from a Charlton flag-kick birthday boy Patrick Bauer almost forced visiting stopper George Long into a save.

The Addicks were bossing possession without creating any chances but that changed on 67 minutes. Dasilva skipped away from Abdou on the left and crossed to the far post where Fosu met it with the volley that was well blocked by a man in yellow.

At the other end, Jake Forster-Caskey stuck his head in the way of a goal-bound free-kick from Dons substitute Callum Kennedy and on 75 minutes the visitors carved out their best opening of the game.

After a corner was not properly cleared, the ball dropped for Oshilaja and, having side-stepped his man, he slashed the ball over the crossbar.

That proved costly as the Addicks then grabbed the lead. Holmes scurried forward and was scythed down by Barry Fuller – a former Charlton academy graduate – millimetres before he entered the penalty area.

Referee Toner correctly awarded a free-kick rather than a penalty and Holmes expertly whipped the set-piece beyond everyone and into the far corner of the net.

Twelve minutes of the contest remained and the Addicks defended expertly to see it out and record their eighth victory from their last 10 Valley matches.