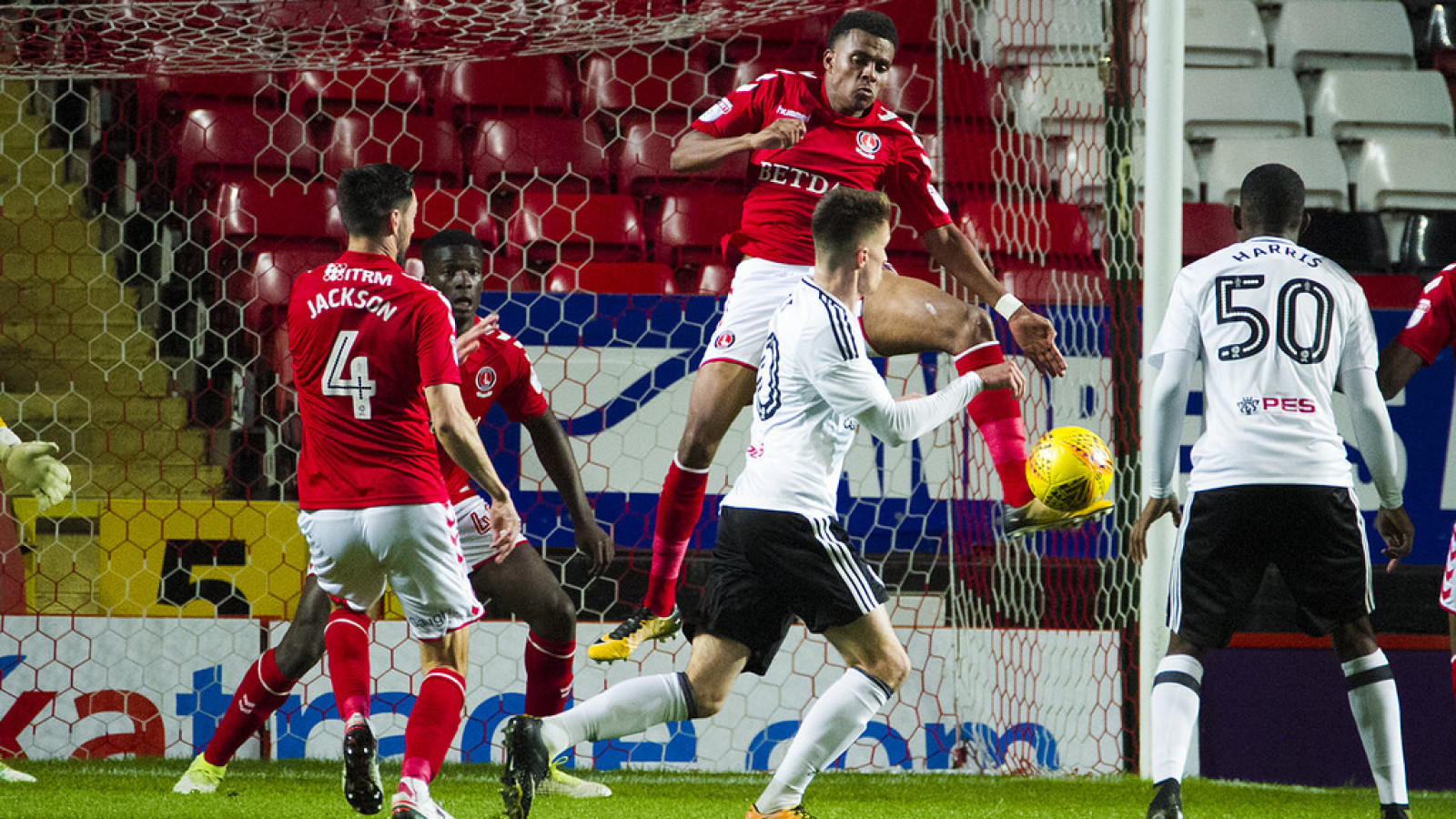 Jamie Mascoll and Jo Cummings were both grateful to Manager Karl Robinson after being handed their first-team debuts in the Checkatrade Trophy on Wednesday night.

The duo, who have both been regulars for the U23s since joining the club in the summer, played 90 minutes as Charlton staged a late comeback to beat Fulham U21 in SE7.

And Mascoll says that featuring at The Valley was a great learning opportunity for him.

“We’re really grateful to the Manager,” he said. “We aren’t the complete players and for the gaffer to put us in the team and trust us means a lot.

“This was a learning experience and we just want to improve. This is a good competition for us. I’m here to develop and learn and, when I get opportunities here, hopefully I can keep impressing.

“There aren’t any better opportunities to learn than during games, so hopefully we can get more chances.”

Cummings echoed the words of Mascoll and also extended his thanks to members of the Addicks’ academy staff.

He said: “I want to thank the gaffer for giving me the opportunity. Also, Steve Avory and Jason Euell and everyone for putting us in the gaffer’s eyes – if it’s not for them then things like this don’t happen.

“It took two goals to get us in gear and that is something we’ll learn from. We’ll need to be better in the next game, for sure.

“That is what the gaffer said at half-time; we needed to have more character and bottle. We showed it in the last five minutes and the most important thing was that the boys dug in and we got the goals to reach the next round of the competition.”

Mascoll starred at left-back and he revealed that playing alongside captain Johnnie Jackson is something that he enjoyed.

He said: “I talk to Johnnie a lot. He can play at left-back as well and he gives me lots of advice.

“I’ve played with him a couple of times and he makes me feel very comfortable. In a way, it’s hard playing with him because he wants you to do so well, but he’s also very encouraging. I find it great playing with him.”