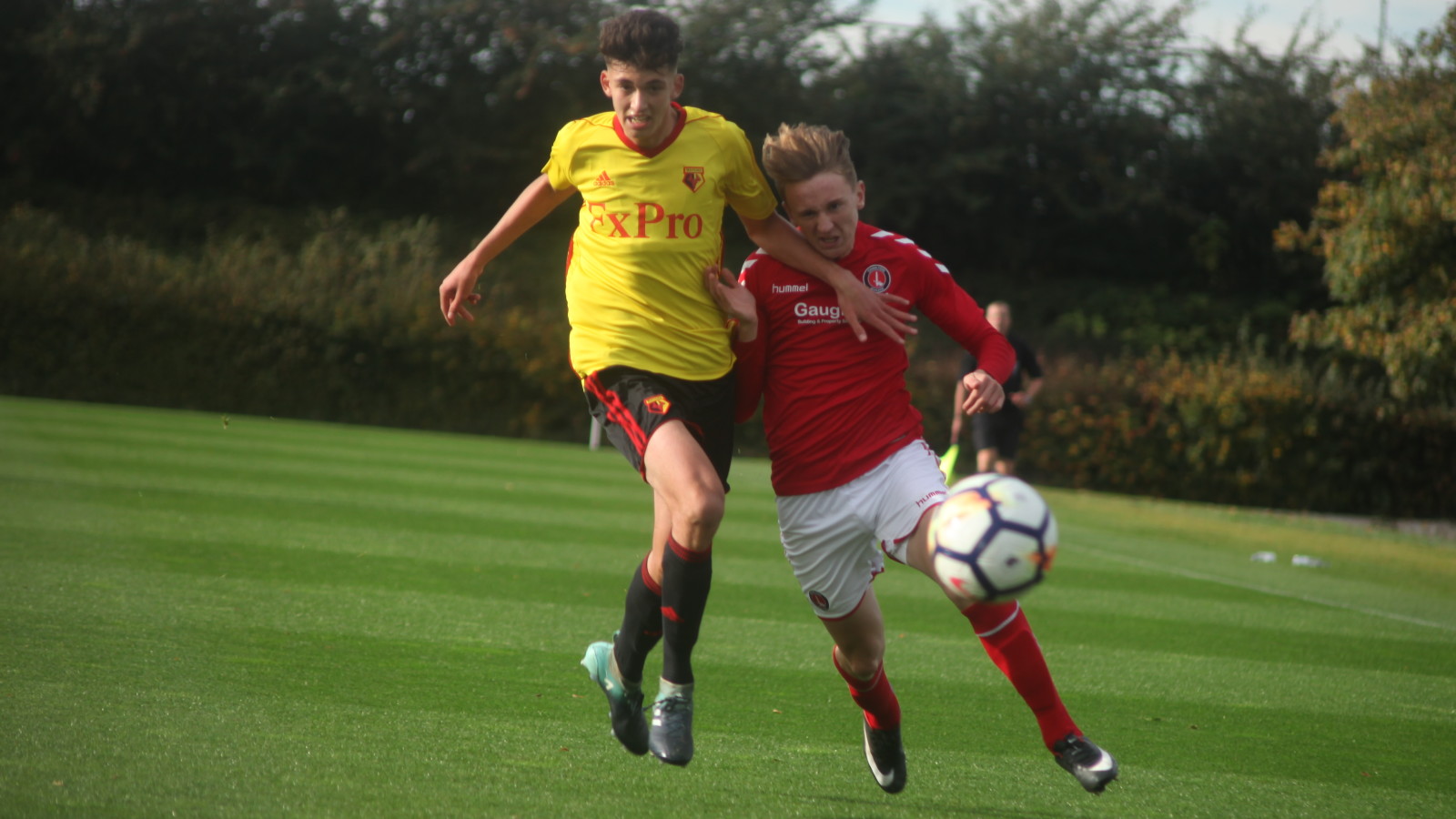 Jeremy Sarmiento came off the bench to score the winner for Charlton’s U18s against Watford on Saturday morning.

Alex Willis headed the Addicks in front early on, with Sarmiento’s well-placed strike clinching the points six minutes from time.

Charlton took the lead after just nine minutes when a corner was whipped in from the left by Albie Morgan and was met by the head of Willis, whose downward header nestled in the corner of the net.

The lead didn’t last long, however, as Watford were back on level terms just three minutes later. Confusion in the Addicks backline allowed a ball to be fired across the box, which was tapped in by Ryan Cassidy.

Both teams then had great chances to go in front but the game looked destined to end in a stalemate.

That was before Sarmiento, who had come on for James Gody mid-way through the second half, had the final say on affairs.

After an exchange of headers on the edge of the Watford box, the ball fell to Sarmiento, who curled an absolute beauty of a shot into the net to give the Addicks a dramatic late winner and their fourth win of the season.