Dijksteel: Karl Robinson is a brilliant Manager for a youngster to work under 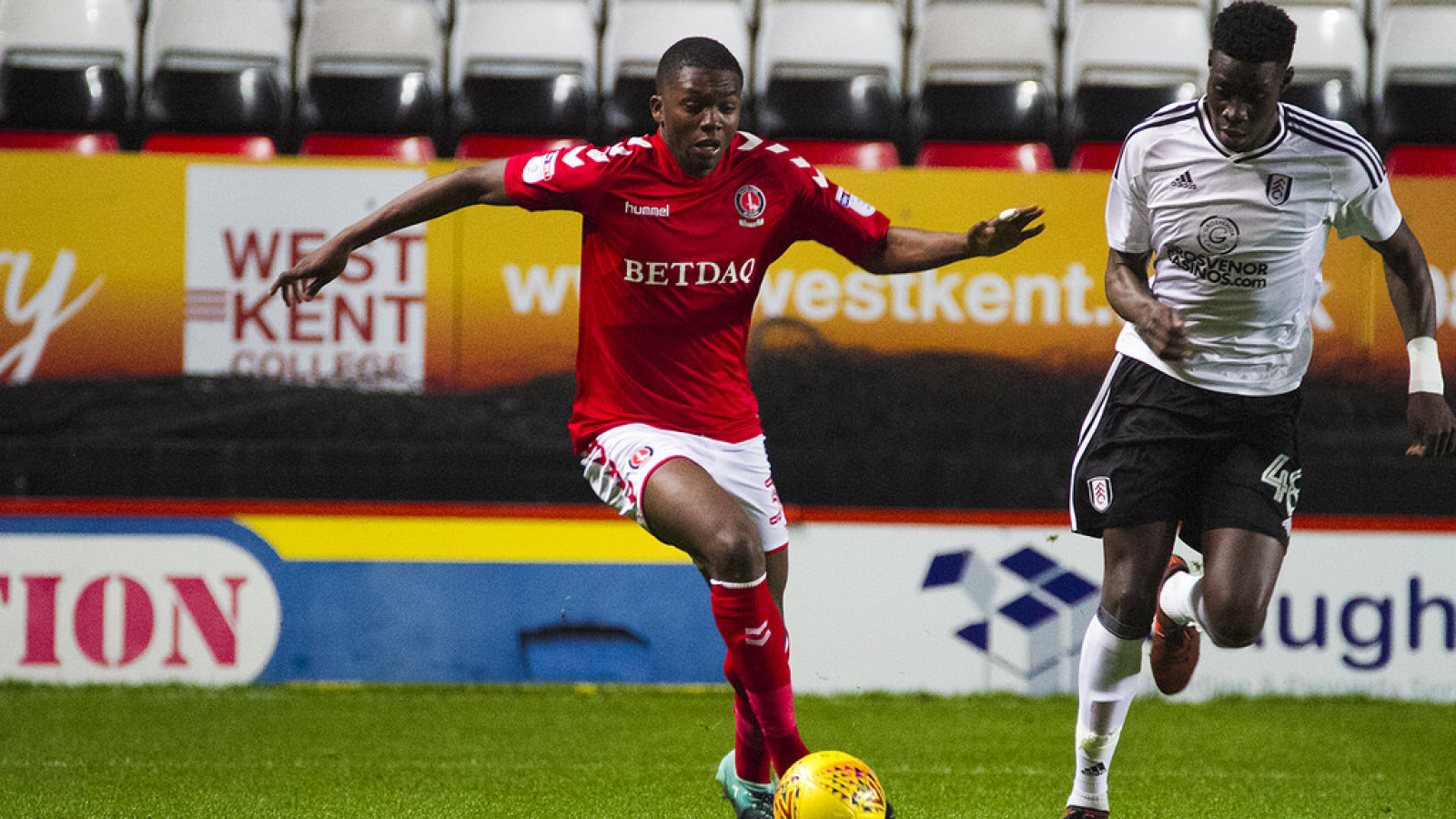 Anfernee Dijksteel is relishing every opportunity he can get in Charlton’s first team.

The versatile Dutchman started Wednesday evening’s Checkatrade Trophy victory over Fulham at The Valley and was also heavily involved in the club’s Carabao Cup campaign earlier this season.

And Dijksteel, who joined the Addicks in 2016, says he is enjoying life in south-east London and working under Manager Karl Robinson.

“On my first day at the club I enjoyed it and now I am enjoying it just as much,” he said.

“As a young player, Karl speaks to you after the game and before the game to make you a better player. When he sees mistakes, he helps us to come up and do it better next time.

“He has a lot of confidence in young players because, first of all, he plays us and the second thing is he speaks with us a lot to help us improve.”

He added: “It’s a great opportunity to play first-team football at The Valley and in the second half on Wednesday the team was almost all U23s. It was a hard game but I think we did very well to come back from 1-0 down, and then 2-1, to win 3-2.”

As well as boss Robinson, Dijksteel says that the club’s senior players are also always on hand to offer him advice.

He said: “Jacko and Solly, the older ones, speak to the younger players to help them get better and do things a bit quicker because first-team football is a bit quicker than in the U23s.”

“I want to play as many games as possible but we’ll see how the gaffer thinks I am doing. I think that if I’m doing well and keep going then I’ll probably get my chance again.”