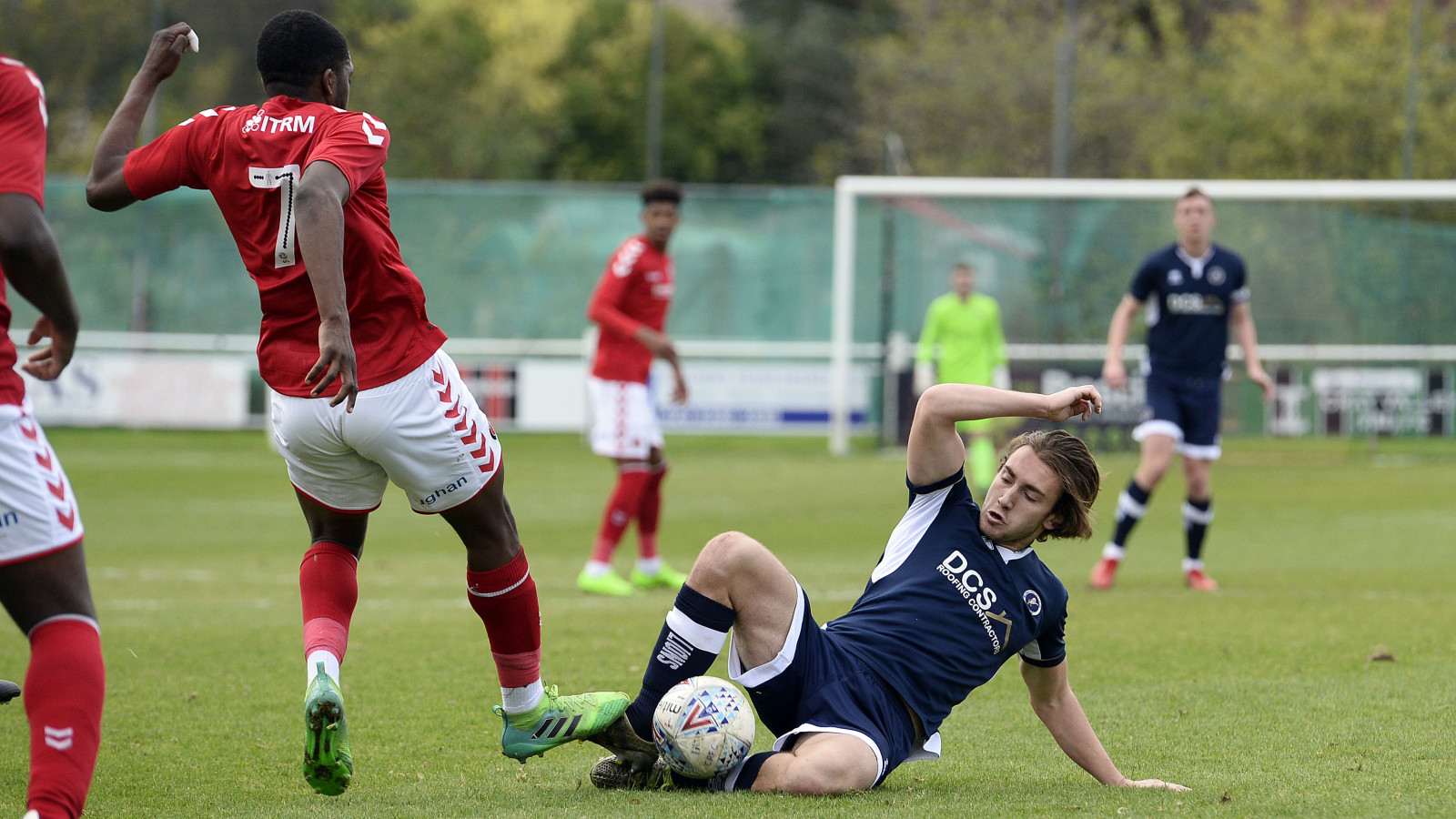 The set-piece, which rippled the net seconds before the half-time whistle, ensured that Jason Euell’s Addicks made it back-to-back wins in Professional Development League 2 South.

The Lions created the first opening of the match when Kris Twardek latched onto a lofted through ball, but Addicks stopper Ashley Maynard-Brewer was off his line quickly to beat him to it.

Reeco Hackett-Fairchild zipped a strike narrowly wide on 16 minutes, having been laid off by George Lapslie, and Charlton almost carved out another opening shortly afterwards when Taylor Maloney put Terrique Anderson in, only for the latter to be flagged offside.

Maynard-Brewer kept the scores goalless on 24 minutes. Twardek put Issac Olaofe clear on the right but he couldn’t beat the goalkeeper with his first strike and the goalkeeper was then up quickly to pounce on the loose ball.

Olaofe thumped a strike over the bar following a Millwall counter attack just after the half-hour mark and at the other end stopper Ryan Sanford dived to his right to keep out a powerful Anderson effort.

Charlton took the lead on the stroke of half-time. After Hackett-Fairchild was fouled on the edge of the box, Mascoll stepped up to curl the resulting set-piece into the bottom corner of the net.

The Addicks led at the break and they almost doubled their advantage a couple of minutes after the restart when Anderson glanced a Maloney cross just over the crossbar.

Maynard-Brewer saved well from Millwall’s Twardek, after initially being blocked when trying to claim a cross from the left, and on 62 minutes Jo Cummings was well positioned to hack a Mason Saunders-Henry shot off the line.

Maloney smashed a strike high over the crossbar as the match became stretched in the final 10 minutes and the Addicks defended well in the closing stages to claim the points.