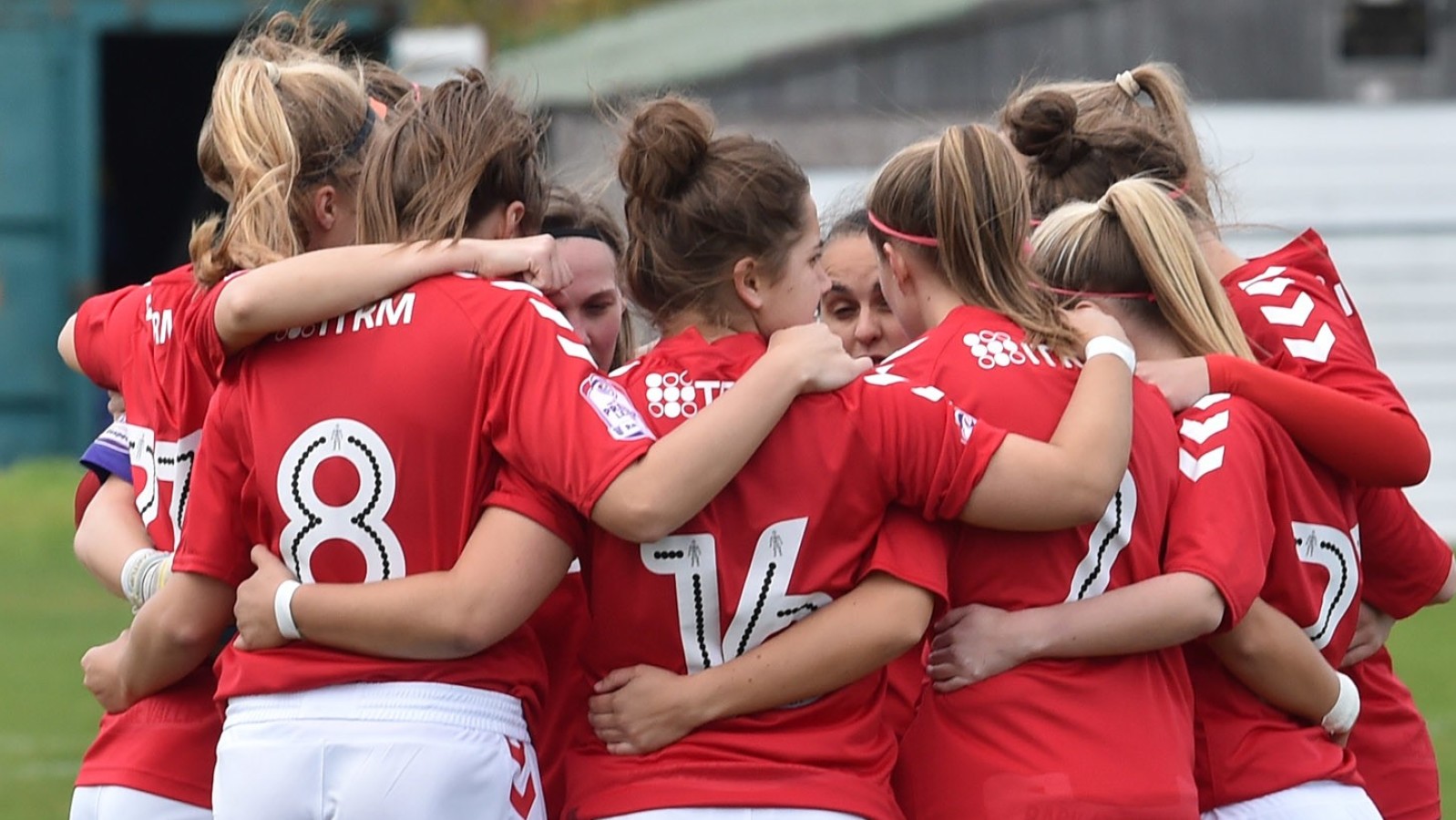 Charlton Women’s team Head Coach Riteesh Mishra complimented what was a ‘massive’ victory for his side, after they came back to win a top-of-the-table clash against Lewes FC in the FA Women’s Premier League South.

The game, held at the Dripping Pan, saw the hosts take the lead in the first-half against the run of play through Kelly Newton, who headed home a Katie McIntyre free-kick.

However, the Addicks kept their heads high and found their way back into the game when Charlotte Lee bundled the ball over the line from a Charlotte Gurr cross.

The Addicks were rewarded for their patience when, five minutes from time, Charley Clifford was on hand to turn in yet another Gurr cross at the back post to put Charlton seven points clear at the summit of the league table.

“It was a massive win and a huge three points,” said Mishra in an interview you can watch on Valley Pass.

“We were a little disappointed at half time that we went in 1-0 down.

“To come back in the second half in the manor that we did to grind one goal and then two, I thought we deserved the win.

“The fact that we came back from behind against one of our league title rivals makes it all the bit sweeter.”

The Addicks have had a brilliant start to the season, topping the FAWPL South League after 12 games.

Mishra said: “After the Palace game, we thought that was a really big moment because we won the game and ground out a result.

“We followed the Palace result up with a defeat so we cannot afford to let that happen again.

“We can’t take our foot off the pedal because teams around us will keep winning and keep putting pressure on us.

“We can’t be complacent - the staff and the players know that. I think we’ve been a bit [complacent] already and that was a little blip just early on in the season. We will just carry on to the next game and hopefully get three points and keep the momentum going.”

Defender Grace Coombs put in a solid performance during the game and believes that the result should give the players the motivation to keep up the high performance levels for the rest of the season.

“It was a big statement to come here and beat the team who are second in the table, so hopefully we can push on,” she said.

“It’s never nice to go 1-0 down but we’ve got a lot of confidence that we will score goals.

“We’ve got a lot of very good players, so we know if we can keep a clean sheet and limit goals going in then we’ve got a good chance of winning a game.

“We came out and fought and I think that shows a lot about us as a team and where we’ve come in the last few weeks. We’ve just got two great results on the bounce and we have high confidence now going forward.”