Robinson on the Forster-Caskey, Jackson, Bowyer family and more after Rochdale win 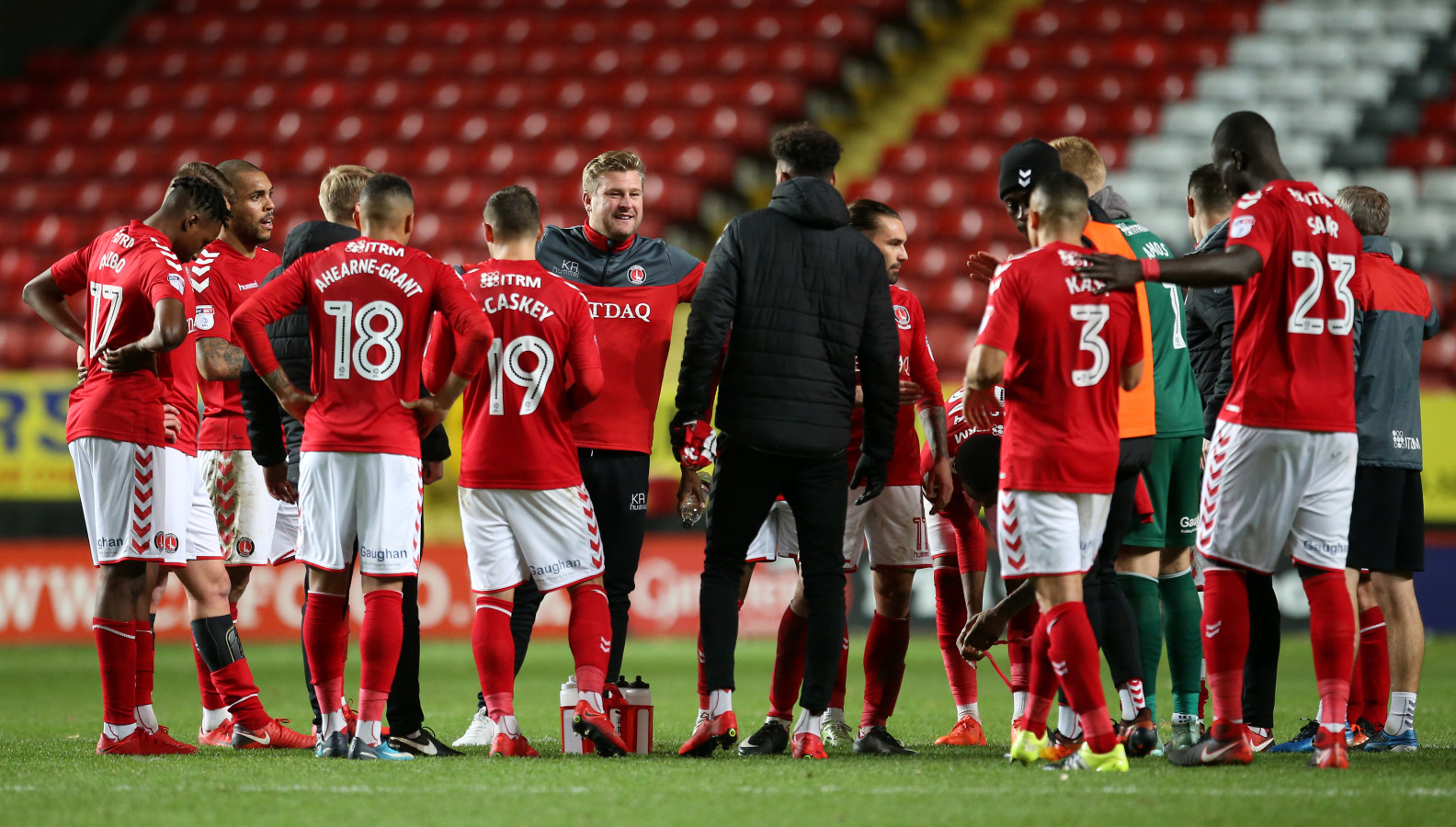 Charlton extended their unbeaten run to nine league games with a 2-1 home win against Rochdale at The Valley this evening.

Speaking after the game Karl Robinson praised Jake Forster-Caskey, who netted a brace in the game and Ben Amos, who made two crucial saves late on to help the Addicks secure three more home points.

Before taking questions in his post-game press conference, Robinson paid tribute to football agent Gary Lloyd who died at the weekend.

He said: “I’d just like to speak about their manager (Keith Hill), his agent passed away over the weekend, Gary Lloyd, I know they made a statement. He looked after some of their players and (he was) someone that I knew as well. He’s a real good football man and I know he was very good at what he did and I want to send our regards, myself personally, the fans, the players. I hope the family are doing as well as they possibly can do and our thoughts and our condolences are with his family. We hope that Keith and everyone else is ok. It’s not nice, sometimes in football we get carried away with our passion for the game but life is more important than that.”

Speaking about the game Robinson had the following to say:

"His club dad Lee Bowyer and his club brother Johnnie Jackson. They’re a little family between the three of them. It was great, Jake has discovered Pro-Plus before a game, so it’s starting to work at least.

"He has to get that (goals) into his game. He has to get double figures. The first goal was actually Bow (Bowyer), he was going to stay out of the box and Bow screamed at him to get into the box and it ended up dropping to him."

On Ben Amos who made two impressive second half saves

"I tell you what, the one where he went to get it with his face, he took the full brunt of somebody’s foot. He’s a brave man, a really good goalkeeper."

"Tactically they did something I’ve never seen. They went man to man and followed our wingers all over the pitch. I felt that second half, if we can get that number 10 to be more of a higher striker, then we could be a bit more direct to try and bypass the press. Reevesy had a bit of a tight hamstring, so it was a perfect opportunity for me to make that substitution. We’re really pleased with the performance second half and a hard fought win."

On the players reaction

"They’re a real close group of players. I just said ‘We weren’t good enough’ and Ricky said ‘That’s one of the best wins of the season’. We were laughing as we walked in, it’s a funny game football, we were 10 times better on Saturday and got one point."

"The fans sang their heart out. It wasn’t a typical Tuesday night, the atmosphere was electric. They just do so much for you and we’re so thankful for that. We’re very thankful for the people who come to the terraces on the weekly basis."

The match highlights will be on Valley Pass from 12midnight.