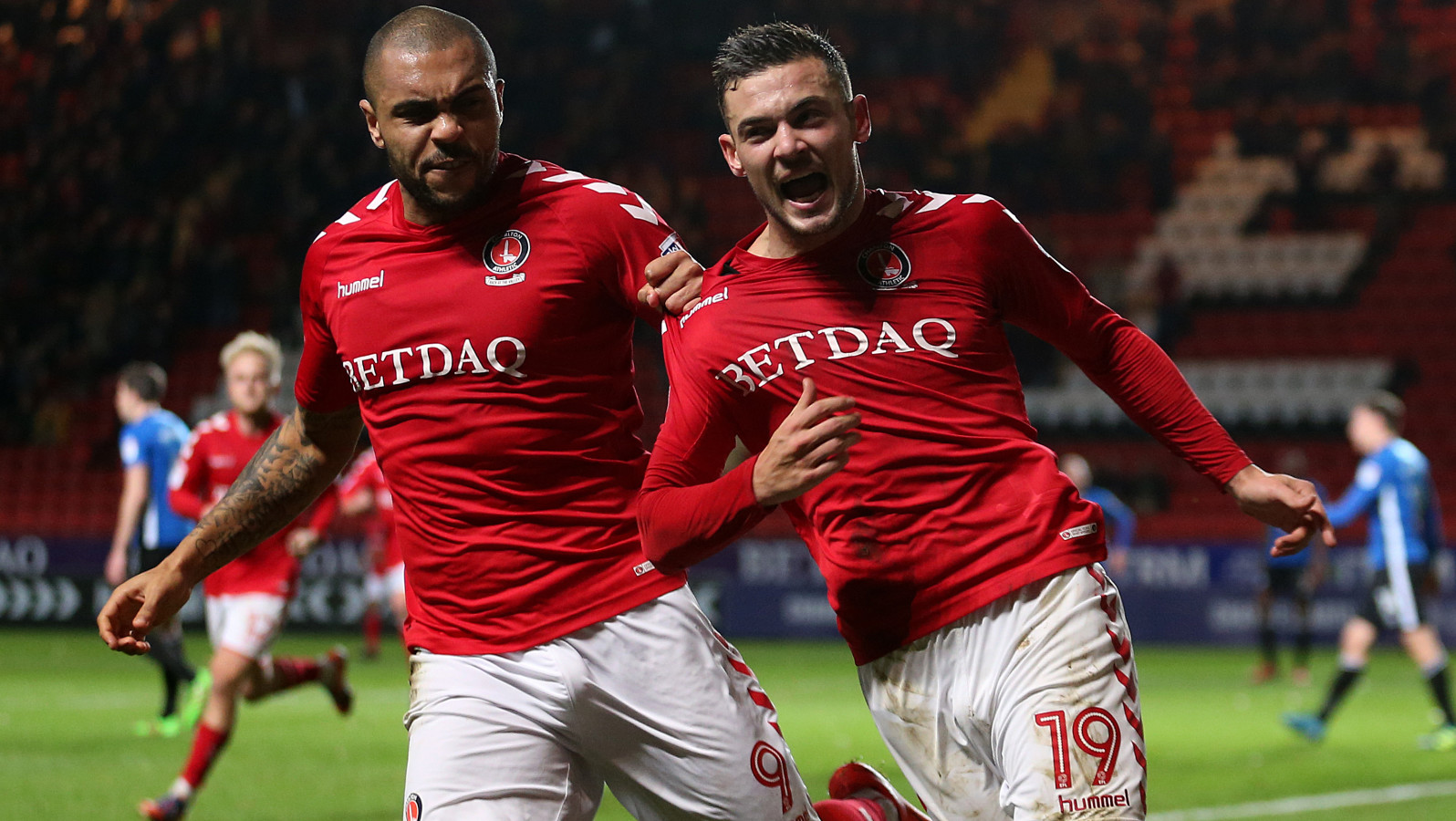 Jake Forster-Caskey netted twice as the Addicks beat Rochdale 2-1 at The Valley to extend their unbeaten run in the league to nine games.

Rochdale pushed the home side all the way though, taking an early leading through Matthew Gillam, and Charlton were thankful for two incredible saves from Ben Amos to help secure the three points.

The Addicks remained unchanged from the side that was unlucky not to beat Milton Keynes at The Valley on Saturday. Tariqe Fosu was a notable absentee from the bench through injury but there was a return for Patrick Bauer who missed Saturday’s game.

Charlton’s first effort on goal came from Ricky Holmes who picked the ball up from a short free kick just inside the Rochdale half in the seventh minute and drove forward in typical fashion. After beating two opposition defenders, his effort from just outside the area was partially blocked and collected comfortably by Joshua Lillis in goal.

Mark Marshall was next to give Lillis a scare in the 10th minute. Reeves perfectly weighted pass found Forster-Caskey who fed Marshall on the left wing. The summer signing cut inside but his venomous right-footed effort powered wide.

Rochdale took a 14th minute lead when a low cross from the left was swept in by youngster Gillam on his first league start.

Gillam nearly doubled his tally when he swivelled on the ball and drove an effort against the post in the 21st minute.

After a quiet spell, with Rochdale looking to break the play up with persistent fouling and delaying tactics, the Addicks finally started to get into a rhythm. Marshall had a dangerous cross well cleared on the half hour mark and Reeves then had a shot deflected over, the resulting corner saw a bundled header fall into the hands of the grateful Lillis.

The fouling continued and Rochdale paid the price as Charlton levelled in the 35th minute. Reeves was fouled, again, and a Rochdale player finally booked, maybe a little harsh on Oliver Rathbone whose teammates fouling had been worse. Charlton took a short free kick out to Jay Dasilva on the left wing. The full back’s cross bounced off Naby Sarr into the path of Forster-Caskey who poked home from six yards.

Marshall was denied by Lillis in the 40th minute. Reeves turned cleverly in the box and fed the winger whose effort was just a little close to the opposition goalkeeper and the sides went in 1-1 at half time.

The Addicks came out firing for the second half. An injured Reeves was replaced by Karlan Ahearne-Grant and the substitute made an immediate impact causing havoc with his pace and power.

The pressure was piling up and Kashi hit the post with a fierce drive from outside the area after some lovely flowing team football by the home side.

Ben Amos was forced into action at the other end, reacting quickly to tip over a 54th minute effort from Ian Henderson after a knock down from a free kick.

Charlton took the lead in the 60th minute and it was that man again Forster-Caskey. The midfielder was first on hand to capitalise on a spill from Lillis after he was unable to handle a powerful left-footed effort from Marshall cutting in from the right.

Marshall forced Lillis to parry away again in the 77th minute, this time with a right-footed effort from outside the area on a Charlton counter attack.

Magennis was next to come close a minute later when Marshall had a shot blocked, the ball fell to the Northern Ireland international who curled just over from outside the box.

The striker then turned provider as his perfect cross came to Ahearne-Grant whose header was too close to Lillis.

Amos had to make another save to palm over an Inman effort with just five minutes remaining and the Addicks were able to hang on to secure three points.