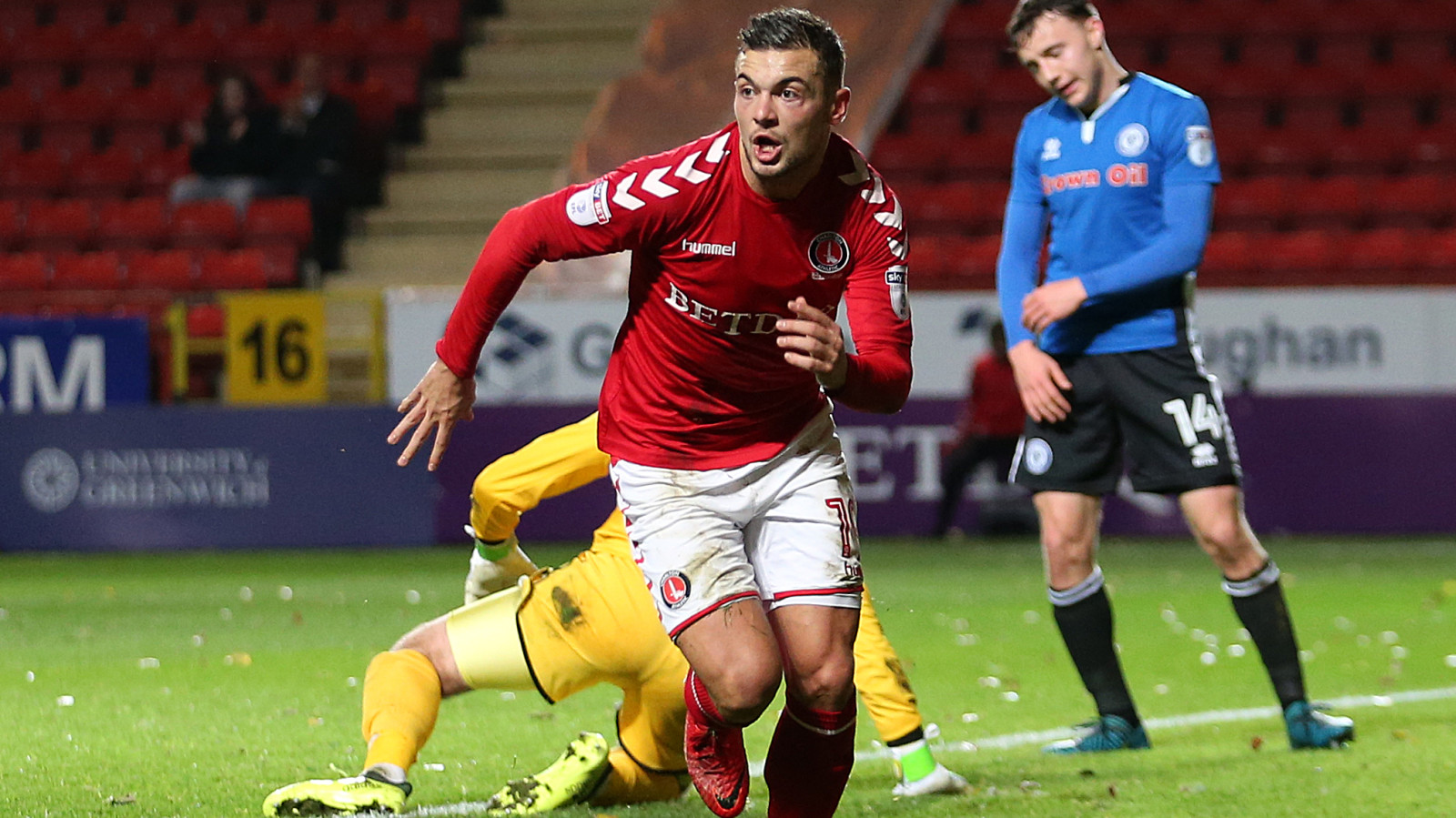 Jake Forster-Caskey was thrilled to take the three points away from a difficult test against Rochdale on Tuesday night.

Forster-Caskey put in a star performance, scoring a brace in the hard-earned 2-1 win to move the Addicks back up to fourth in the Sky Bet League One table.

And speaking exclusively to Valley Pass, Forster-Caskey was delighted with the way his team ground out the win, even though they were not at their best.

“It was a tough game,” he said. “This year we are expected to beat the sides near the bottom but Rochdale are a good side and made it very tough for us.

“It’s all about coming away with the win and I don’t think you can be at your best in every game. We had a tough game at the weekend, which took a lot out of us physically and mentally.

“Around Christmas there are a lot of games over a short period of time, so it’s important to be winning games at this stage. I’m delighted to come away with the three points.”

After scoring a brace on the night, Forster-Caskey remains confident that he’ll continue to play a key part in the side’s attacking prowess this season.

He said: “I think I’ll be in and around that position a lot this year, just waiting for the chances to fall for me, and luckily two did that I managed to put away. I’ve played in games before where I’ve probably ran forward more but the ball hasn’t fallen to me; you’ve got to keep getting in those positions.

“I keep getting the chances so hopefully I can keep helping the team. I was speaking to Ricky [Holmes] about our goals - I score tap ins and he scores worldies!”

The 23-year-old believes that the side are making all the right strides to making The Valley a fortress this season.

“We’ve made it really hard for sides to come here now,” he said. “It’s a sign of a good side when you don’t play particularly well but come away with the three points.

“Football is a crazy game, we played very well on Saturday and only came away with the one point, whereas tonight we didn’t play to our best but came away with all three.”

When asked about the Addicks’ league position, Forster-Caskey admitted that the team are aware of the positive start they’ve made.

He said” “Everyone would be lying if we didn’t have a glimpse at the table. This period is massive to get points and Saturday’s game [at Scunthorpe] is going to be a big game for us, so hopefully we can take a load of fans up there who will get behind us, so we can do a good job.”

Speaking ahead of the game at Scunthorpe on Saturday, Forster-Caskey knows the task ahead will be a real challenge.

He said: “They are a really good side and it’s a real tough place to go. It’s now about recovering well and looking forward to the test ahead on Saturday.