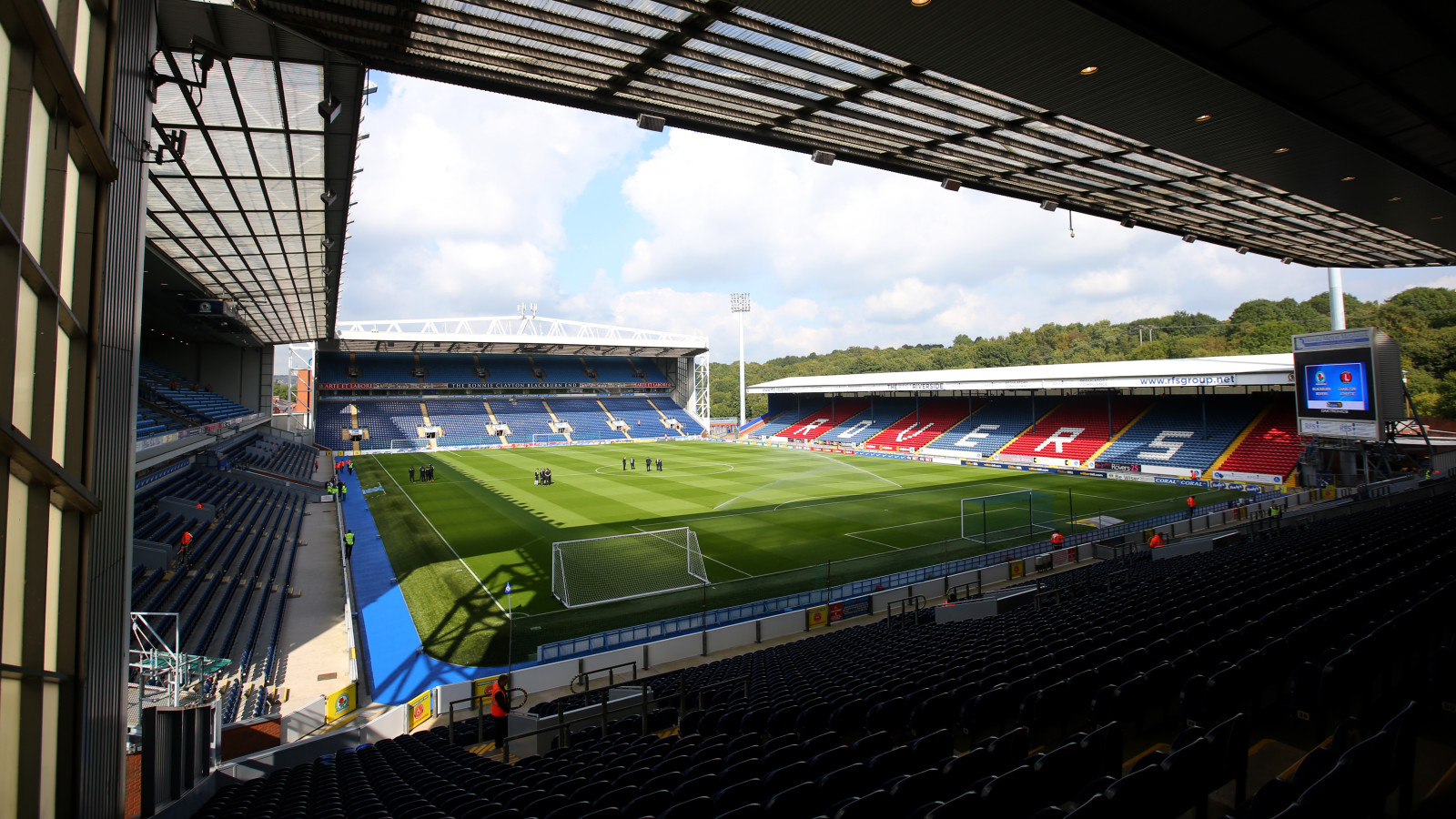 As of Thursday The Addicks had sold 305 tickets of our allocation. They are available on the day from the small ticket booth just to the left of the away turnstiles priced as follows:

No doubt familiar ground for a great number of people and the scene of some memorable occasions for Charlton fans, notably in 1994 and 2000, along with a non-occasion in 1984, Ewood Park has certainly changed a bit since then, but hasn't altered a great deal since our last visit.

As has become tradition, we are now situated in what is known as The Bryan Douglas Darwen End, behind the goal.

We are in the lower tier of this impressive stand, to the left of the goal and relatively close to the pitch. The view is fine but it is a little exposed to the elements so precautionary measures will be the order of the day. The height distance between rows isn't as one would expect, it has to be said, and surprisingly can be a bit of a knee-cruncher. Entrance is at ground level immediately beside the car park behind the stand and the concourses are as you would expect, but fine.

The bakers over the road from the away entrance. Simple as. You'll go an awful long way to find a better selection of pies than here - just the absolute business. There is also a chip shop within the same parade of shops, while in town itself there are pleasant eateries. About a quarter-of-a-mile away you will find McDonald’s.

One thing to be aware of is that, while they are quite happy for you to take a packed lunch - and indeed a flask - inside the ground, anything purchased from another outlet is not permitted.

The traditionally-designated away pub, The Fernhurst, is now good for sit down food but still has a pub feel to it.

It also has a car park but priority is given to the guests in the adjoining hotel. Just up the road, again right opposite the ground, is a lovely working men's club which welcomes away fans for a small fee, does a good bite and is very reasonably priced. The pub at the bottom of the hill from the town itself is a no-go, but further up the hill is the Navigation which is nice.

In town, it seems as though pubs are becoming fewer and fewer but hopefully the nice place beside the station is still there, whilst just around the corner is a Wetherspoons that looks small from the facade but is a bit of a TARDIS once you are inside.

Be sure to check the weather forecasts and roadworks. Whichever way you choose to get there, leave the M6 at Junction 29, taking the M65 towards Blackburn. Join the A666 at Junction 4 and again aim towards Blackburn - it can get a bit congested here - but once there do a right at the first set of lights and just keep going down the hill until you find the ground on your right. There is a car park at the ground which can be available, but best to use one of the small units or schools on the descent towards it. The Post Code is BB2 4JF.

If coming by train, the closest station as the crow flies is Mill Hill, but there are more frequent trains to Blackburn itself. No doubt the bulk of people will come via Preston, from where there are slower trains that stop at Mill Hill and faster ones that continue directly to Blackburn.

The fast trains direct to Blackburn take 17 minutes and run once an hour at 37 minutes past. From Blackburn, it's either a walk of about 45 minutes - turn left then right then follow the signs to the Infirmary - but it is quite hilly. Alternatively take any bus towards Darwen from the station outside, whilst there is also a cab ranknand these are pretty cheap. The Mill Hill trains take 25 minutes, departing at 4 past the hour. You see the ground just as you approach, exit on the opposite side to where you arrive and pretty much follow your nose, although there isn't a lot around there. On the way back there is a fast at 17.31 from Blackburn, followed by a 31 minute train at 18.05 which does stop at Mill Hill but it's not a great place to wait. Another fast leaves at 18.31 taking 19 minutes, the next being a stopper at 19.13, then another fast at 19.32.