Reeco Hackett-Fairchild shortlisted for Checkatrade Trophy Player of the Round 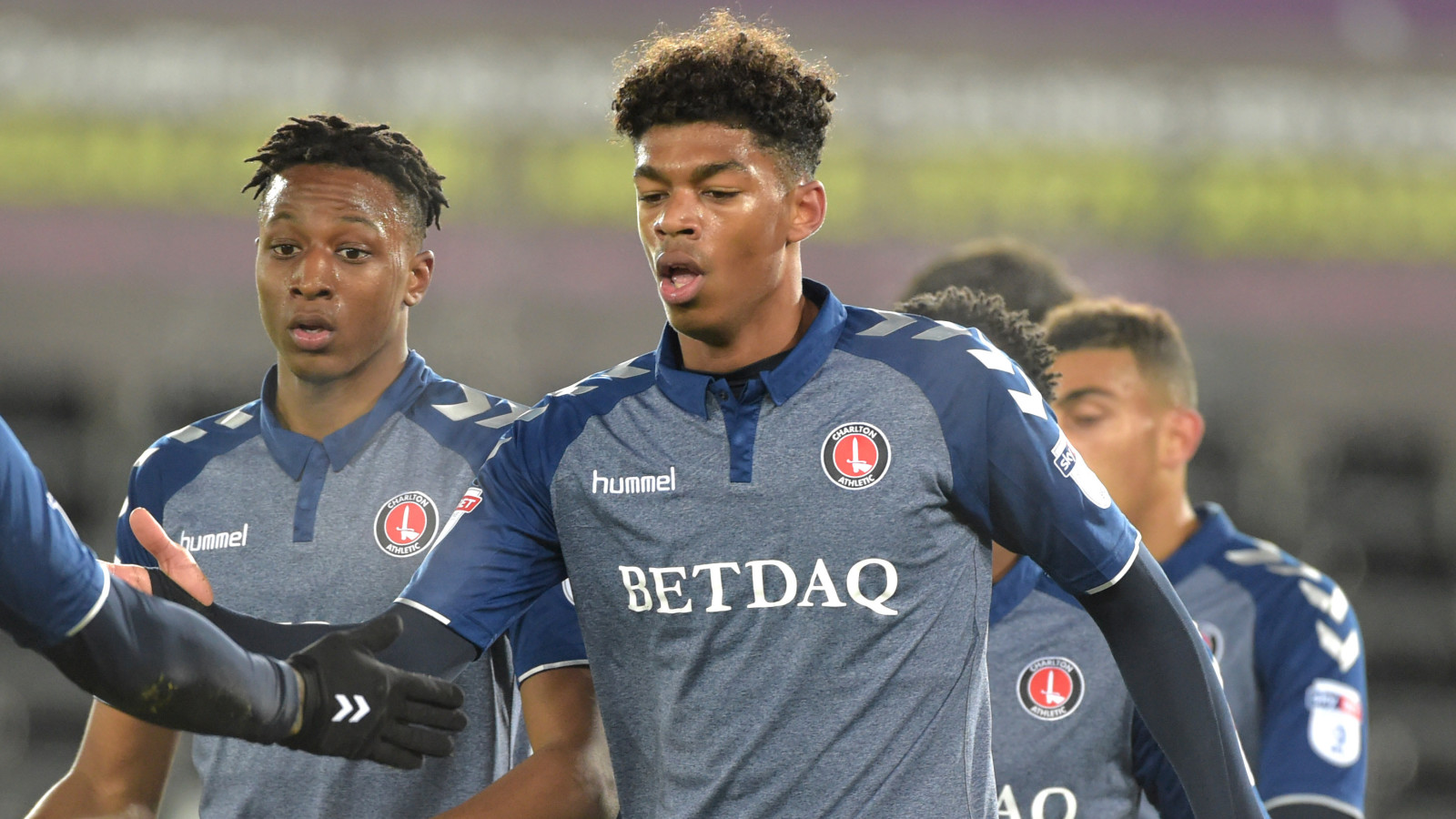 Reeco Hackett-Fairchild has been shortlisted for the Checkatrade Trophy Player of the Round award following his brace in the second-round victory over Swansea City U21s.

The 19-year-old striker scored twice in just his second senior start, helping the Addicks earn a 3-2 win at the Liberty Stadium on December 5th. Both goals were memorable as Hackett-Fairchild found himself with his back to goal – the first was a smart turn and shot before his improvised hooked finish helped his side through to round three of the competition, with a clash against Oxford United in store at The Valley.

This award has been set up by title sponsors Checkatrade and is open to all players taking part in this season’s Checkatrade Trophy. It provides fans with the opportunity to cast their vote for those deserving of the award after impressing for their respective club.

An independent football expert selected the five worthy players that make up the shortlist and now supporters have the chance to vote for the final two via EFL.com. The two players with the most votes will then be considered by a judging panel consisting of representatives from the EFL, before the overall winner is revealed.

Every fan who votes will be entered into a prize draw, with one lucky supporter getting the chance to present the Checkatrade Trophy Player of the Round award to the winning player and to also win tickets to the final of the competition at the national stadium in April.

To vote for Hackett-Fairchild as Checkatrade Trophy Player of the Round for round two, please visit EFL.com/playeroftheround.

Fans have until 9am on Monday 18 December to register their vote.