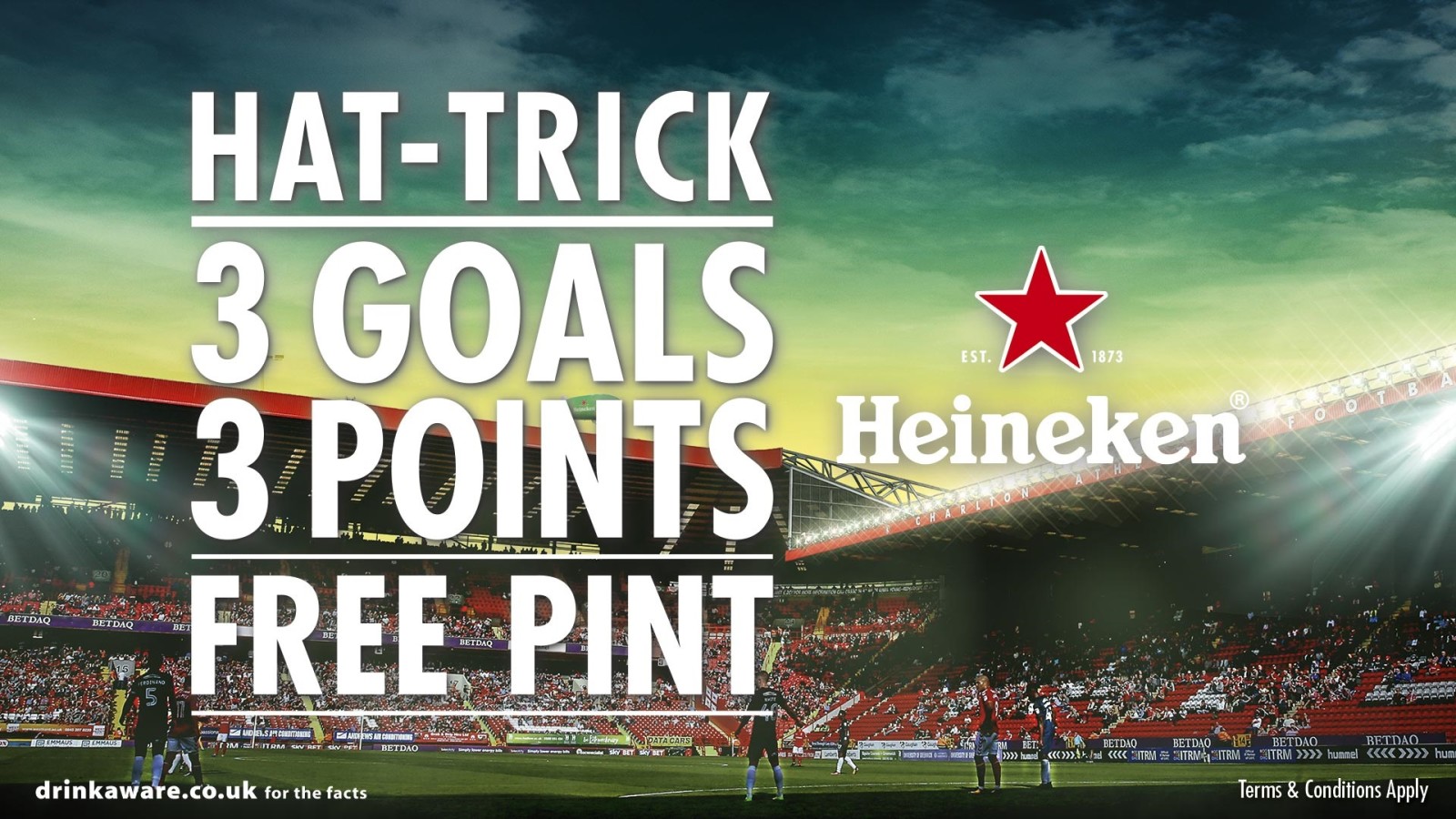 If it is three Charlton goals and three Charlton points then it is a free pint for Charlton fans for our upcoming home games against Gillingham (New Year’s Day) and Oldham Athletic (next Saturday) as the Heineken Hat-Trick has been extended into the first two games of 2018.

Launched earlier this year, the promotion means the first 500 people, aged over 18, in the Fans’ Bar after full-time following a league win in which Charlton score three goals, will be given a voucher which will entitle them to a free beer in the bar.

Full terms and conditions apply and are available in the Fans’ Bar.

Get your tickets for the Monday’s game against Gillingham by clicking here.