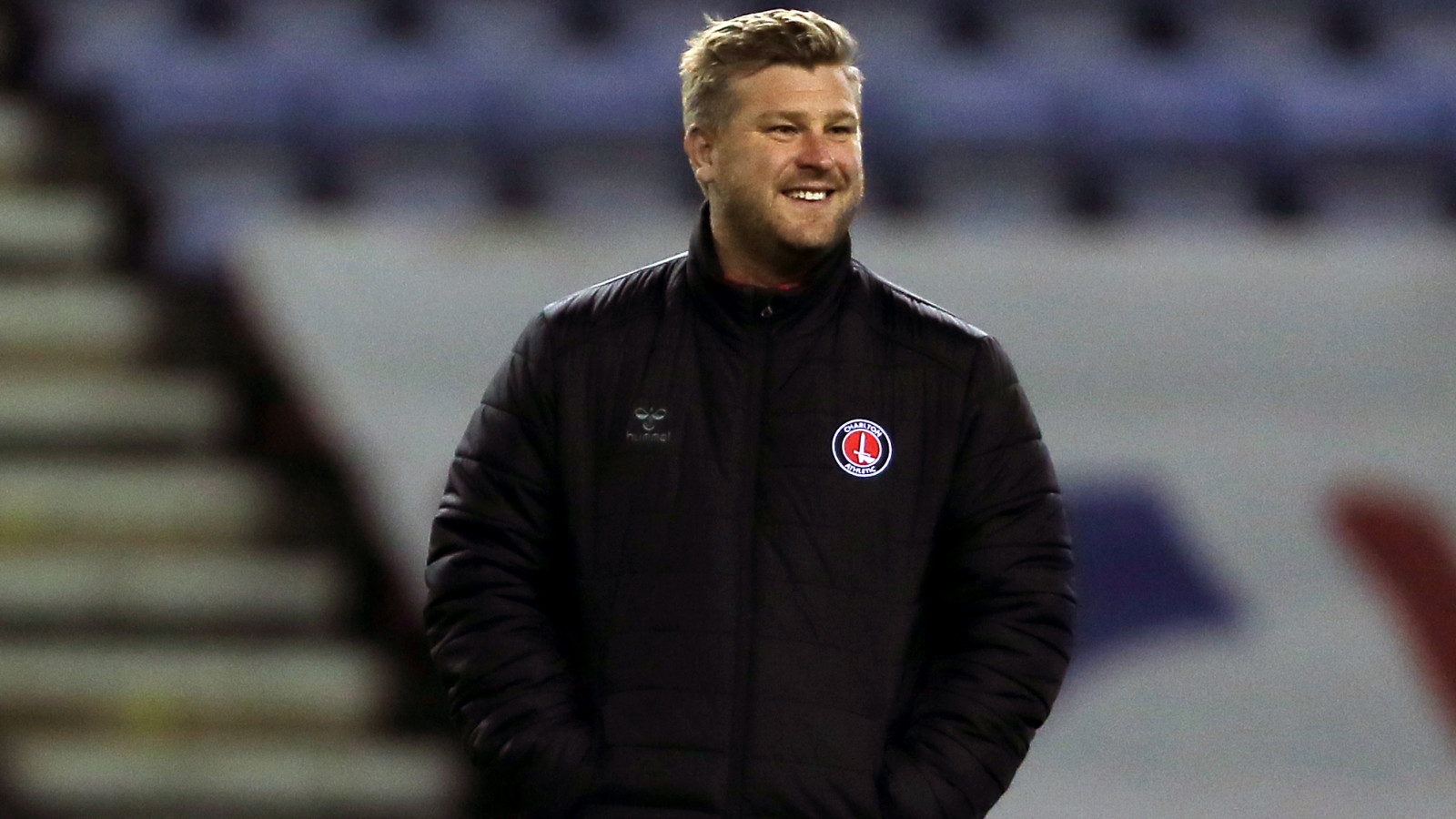 Karl Robinson sat down with the local media on Thursday morning to preview Charlton’s weekend clash against Oldham Athletic at The Valley.

The match sees the club’s Kids For A Quid ticket initiative return to SE7 and, ahead of it, he spoke about new signing Stephy Mavididi, the transfer window, injuries and more.

“We had that signed and sealed a couple of weeks ago and we actually tried to get it done before the game on New Year’s Day. Under the old rules, he could have played but under new rules you’ve got to do it 24 hours before.

“I watched him four times in the summer and I knew there were so many clubs chasing him. He’s going to be a great asset to us, he’s a great kid and we hope we can get him back on track.

“I’m sure he’ll come back in with a point to prove and I went over to him with a big hug this morning. It was nice to see him.

“I can’t see why he wouldn’t be fit to start on Saturday. He’s been training and playing, been playing parts of games in the Championship and playing reserve games. He should be ready to start.”

“We'll see. We’re in a difficult place and it is hard at the moment with the rumours surrounding the club.

“It’s hard for everybody, we know we need to bring in players and we are still doing a lot of work behind the scenes. There are six that I want to bring in and I know probably four of them would walk in this door tomorrow if they could.”

“We’ve had terrible news with terrible injuries and that’s been the main protocol of why we’ve not won one or two games.

“Jason Pearce has had a little setback, which isn’t great. It’s probably two weeks. Leon Best – that wasn’t good either and he could be out for 12 months.

“Jake Forster-Caskey in the scanner as we speak [on Thursday morning] and it takes 48 hours before you can put him in the scanning machines. If you go into it almost immediately, you’re going to see some sort of scarring. We’ll just wait and see what comes of that.”

“He’s been outstanding. He’s now starting to show another side to his game. He still needs to add more distance in his ball manipulation and his passing range but he’s starting to come of age.

“He’s looking like a man at the moment. He’s worked really hard in the gym and he’s a tremendous young man and he deserves what he’s getting.”

“This would be a great club to buy. There’s good people here and the fans will be supportive of everything you try to do, if it’s done respectfully and in the right way.

“Since I walked in the door over 12 months ago, I’ve been nothing but straight with people. People can see the style I want to play and people can also see the style that we’re not playing at the moment.

“I’m just as frustrated as anybody else about our recent results. The players only have to worry about the grass and we’ve got another big game coming up at the weekend. We win that and we could be one point from the play-offs.”