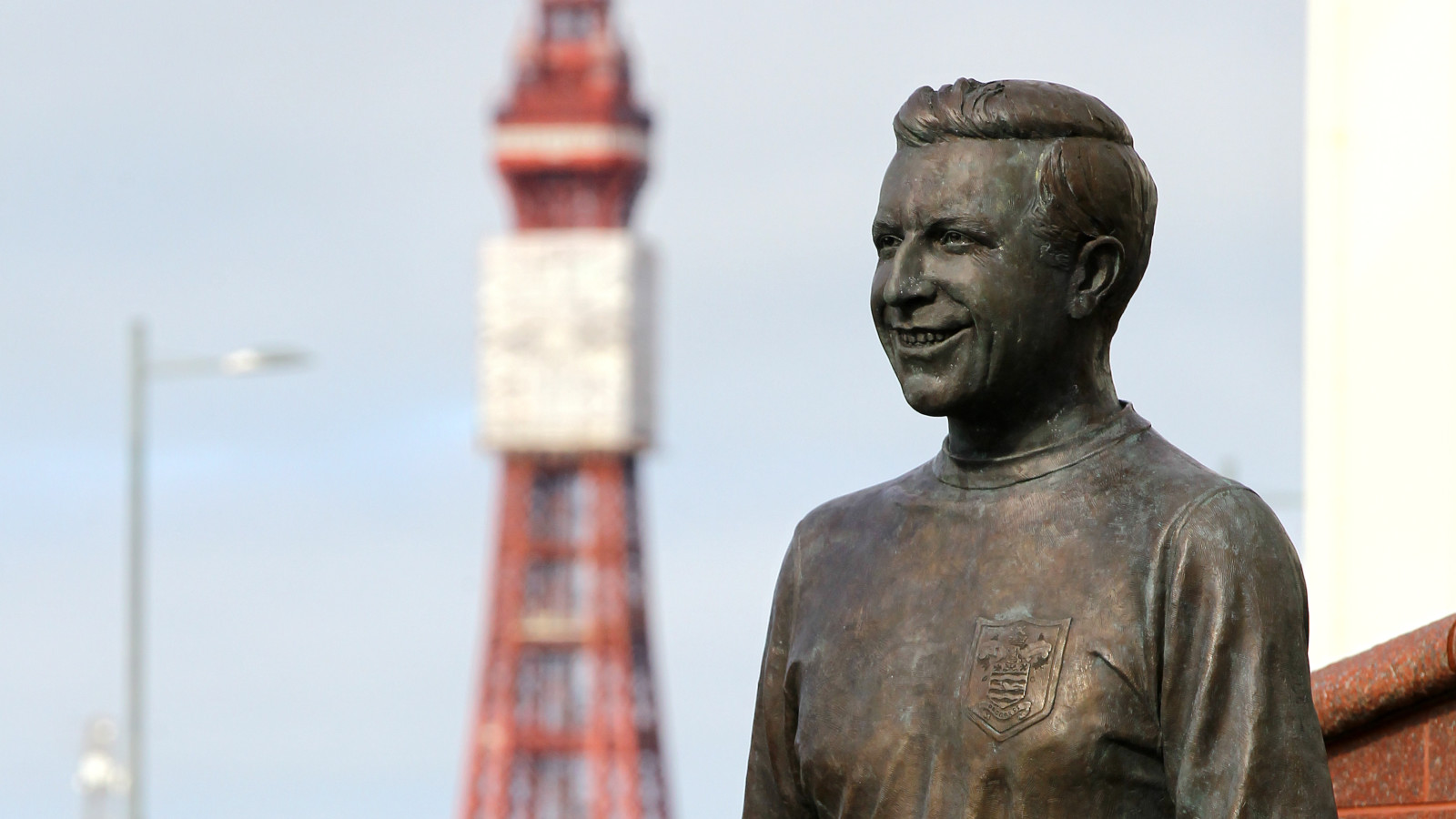 Making the trip to Blackpool on Saturday? Read an in-depth guide to Bloomfield Road and its surrounding areas...

352 tickets had been sold by Thursday afternoon and they will be available on the day, priced as follows:

Under 11s – Free (when accompanied by an adult or concession)

No doubt this will be a hugely emotional day for Blackpool fans and many associated with the club, indeed for the football family, following the sad passing of Jimmy Armfield on Monday. A number of tributes are planned, including a vigil by the statue of Blackpool's greatest servant at 2.30pm which Addicks fans are welcome to join.

Once inside the ground, visiting supporters now view the action from behind the goal in the Mortensen Stand, view being the operative word as our previous accommodation in the east stand, along the side of the pitch, found you having an obscured sight of the pitch unless seated in the front row. Now it seems totally unimpeded, albeit a little distant from the pitch, with entrance at ground level and not too steep a climb. Spies advise that the concourse is exactly as one would expect for a stand of its generation, but certainly beats what we have had there previously. That said, even in August the wind from The Irish Sea can get a bit chilly, so the factor is likely to be quite high in January...

Where to start?! Basic football food is available inside the stadium, but Blackpool is a veritable cornucopia of culinary delights, chippies aplenty, cafes, restaurants and lots of pubs that do a decent bite to eat. It may be that the whole caboodle may not be open given the time of year, but you'll still be spoilt for choice - fish and chips has to be done, really - plenty along the seafront.

Pubs. Again, quite a few to choose from. Near the ground, Lytham Road has plenty to offer -the Old Bridge having become the predominantly away pub. Nearby, the Albert is fine, ditto the Excelsior and the Auctioneer. Slightly further afield, there are a couple of very cheap social clubs, whilst if you are looking for lively in town the Flagship or the Tower could be a good choice. All of the chains are around Talbot Street, while just over the road from Blackpool North station is the legendary Ma Kelly's - truly entertaining.

Bloomfield Road's Post Code is FY1 6JJ. Join the M6 wherever you wish then leave it at Junction 32 and take the M55 towards Blackpool. You will see a rather large clue that you are headed in the right direction prior to the end of the motorway, but once there follow the A5230 towards the town centre and you are suitably pointed in the right direction from here. There is a large car park within a stone's throw of the ground and the getaway isn't too bad either.

As for the trains, thanks to our friend ‘engineering works’ there is a distinct lack of them. Well, none actually between Preston and the Blackpool Stations. Therefore, replacement buses are in operation. To catch these, instead of leaving Preston station via the main entrance, climb the stairs onto the bridge, turn right and the buses depart from there. Estimated journey time is between 50 minutes to one hour 20 minutes, there are direct buses to Blackpool North. So, the closest station is Blackpool South, within sight of the ground, where the trains are far less frequent. That said, there is a bus post-match at 17.28 from South but this has a significant number of stopping points. Buses are running to and from North every 15 minutes and after the game these go at 00, 15, 30 and 45 and should take 50 minutes. To get to the ground from North the best bet is to aim for the seafront, passing Ma Kelly's (if you can), then do a left towards the Tower and just keep going to Lytham Road. Should you not fancy bracing sea air, the number 11 bus also drops within the vicinity of Bloomfield Road.