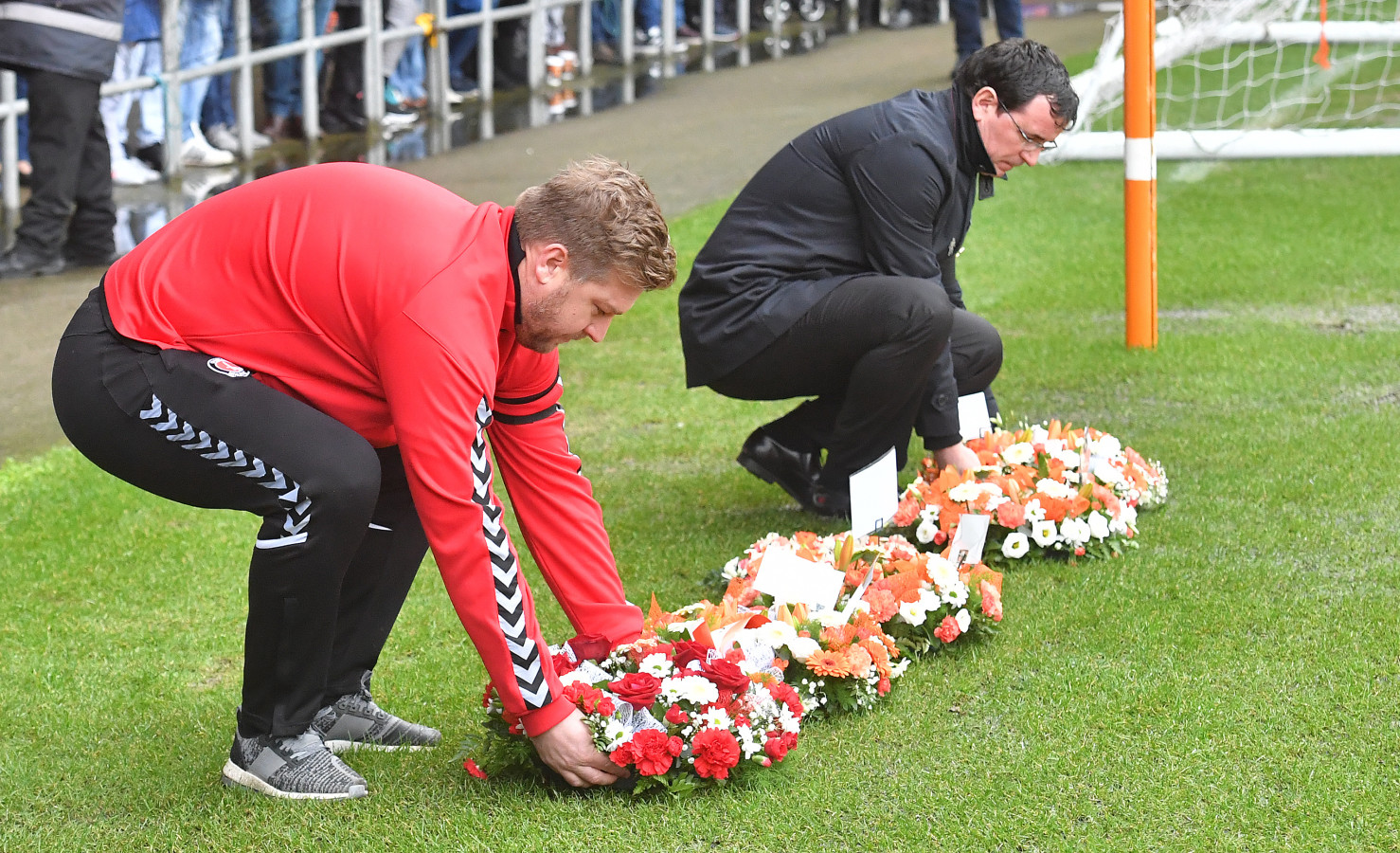 Charlton Athletic players and staff joined in with tributes to Blackpool legend Jimmy Armfield following the postponement of today's game between the two sides.

The game was called off after the pitch was deemed unsuitable by referee Carl Boyeson.

Despite the game not being on, the pre-arranged ceremony for Armfield went ahead. The defender, who died this week, played 627 games for Blackpool and as well as activity on the pitch, Karl Robinson and his players joined the tributes outside the ground at Armfield’s statue.

The players got a round of applause from Blackpool fans for their part in the tribute and speaking after the on-pitch ceremony Robinson said: “Once we found out the game was off, the players thought it was right that we paid our respect as well. The way our club is, we respect everybody. The players wanted to stay, we had the wreaths to lay and we also felt it was right we went out to the memorial with the fans as well."

As part of the ceremony Robinson laid a wreath for the club. He said: “There were four members of the family and everybody else. It was a tremendous testament to Blackpool Football Club and Charlton Athletic the way it was conducted.

“It was a difficult hour not knowing what was going on but everyone rallied round and we got what we had to do done which was an absolute honour on our behalf.”

A full interview with Karl Robinson will be available shortly on Valley Pass.