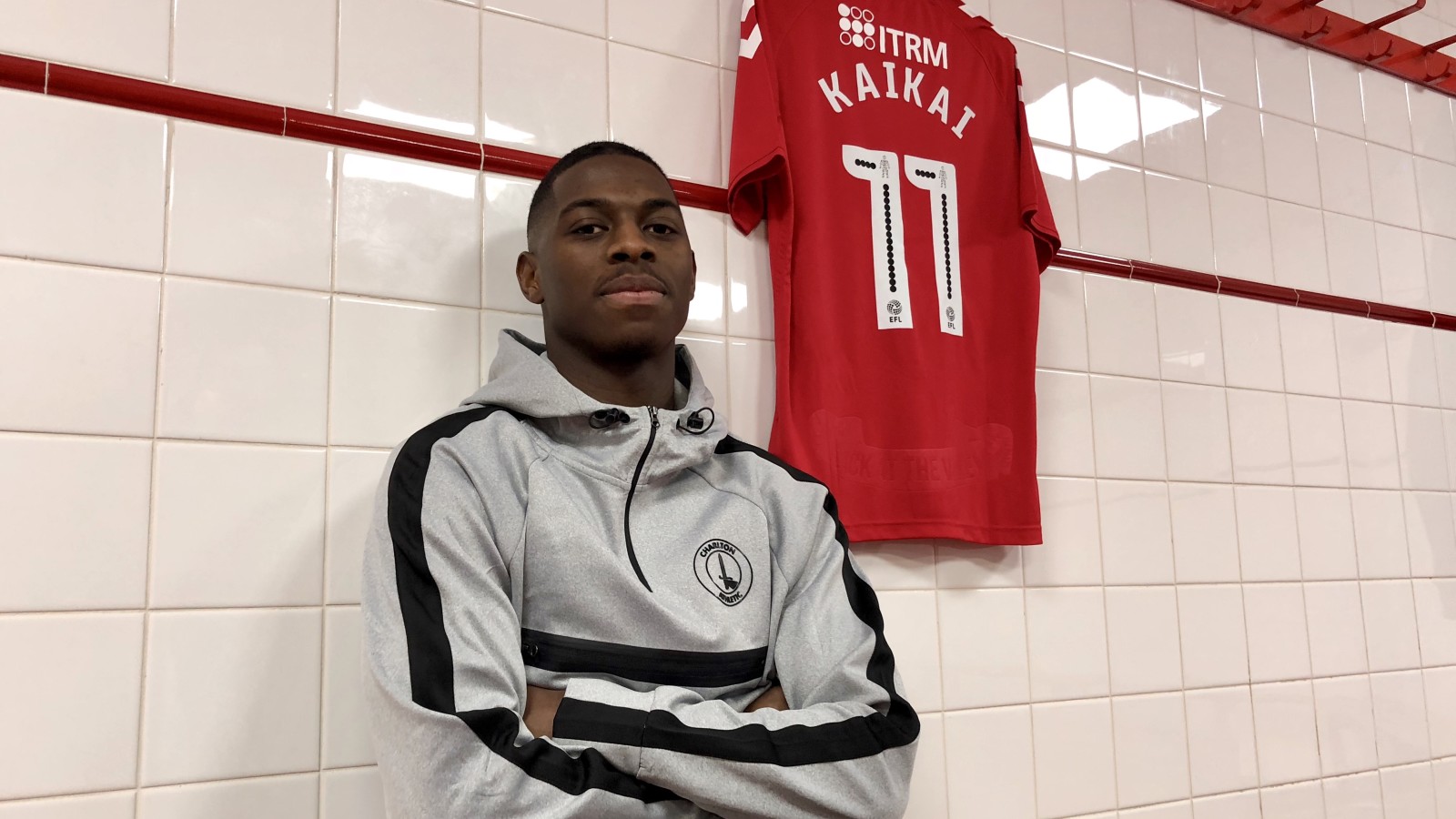 Some young players may have thought twice before switching one south London club for another. Not new signing Sullay Kaikai.

Charlton's new number 11 joined the Addicks on loan from Crystal Palace on Friday night and he has already set his sights on achieving promotion to the Championship.

Manager Karl Robinson is a long-time admirer of the winger and the 22-year-old says that the boss' desire to bring him to The Valley was a big factor in him swapping SE25 for SE7.

"The Manager was a big thing; he played a key role in it," Kaikai said whilst standing pitch-side at The Valley for his first Charlton interview.

"The club's ambition and their current position in the table were also important but the Manager was the biggest influence.

"He's told me that he thinks highly of me. I know what he expects of me and hopefully I can deliver that."

By his own admission, Kaikai is a player who wants to "get fans off the edge of their seats".

And during a loan spell with Shrewsbury Town in 2015/16, he did just that. Kaikai bagged an impressive 12 goals in 23 Sky Bet League One starts to help the Shrews stave off relegation.

Now he's targeting more of the same at The Valley but this time at the other end of the league table.

He said: "I've learned a lot from those experiences and I'm looking to bring everything I can to the table. After seeing the results and seeing where the club is in the league, I just want to add to that.

"Everything looks promising and hopefully we can get promoted come the end of the season.

"There are a lot of great players here, especially the attacking players who bring a lot of pace and skill. I'm a creative player who can score goals and create chances and I think it's going to be enjoyable here."