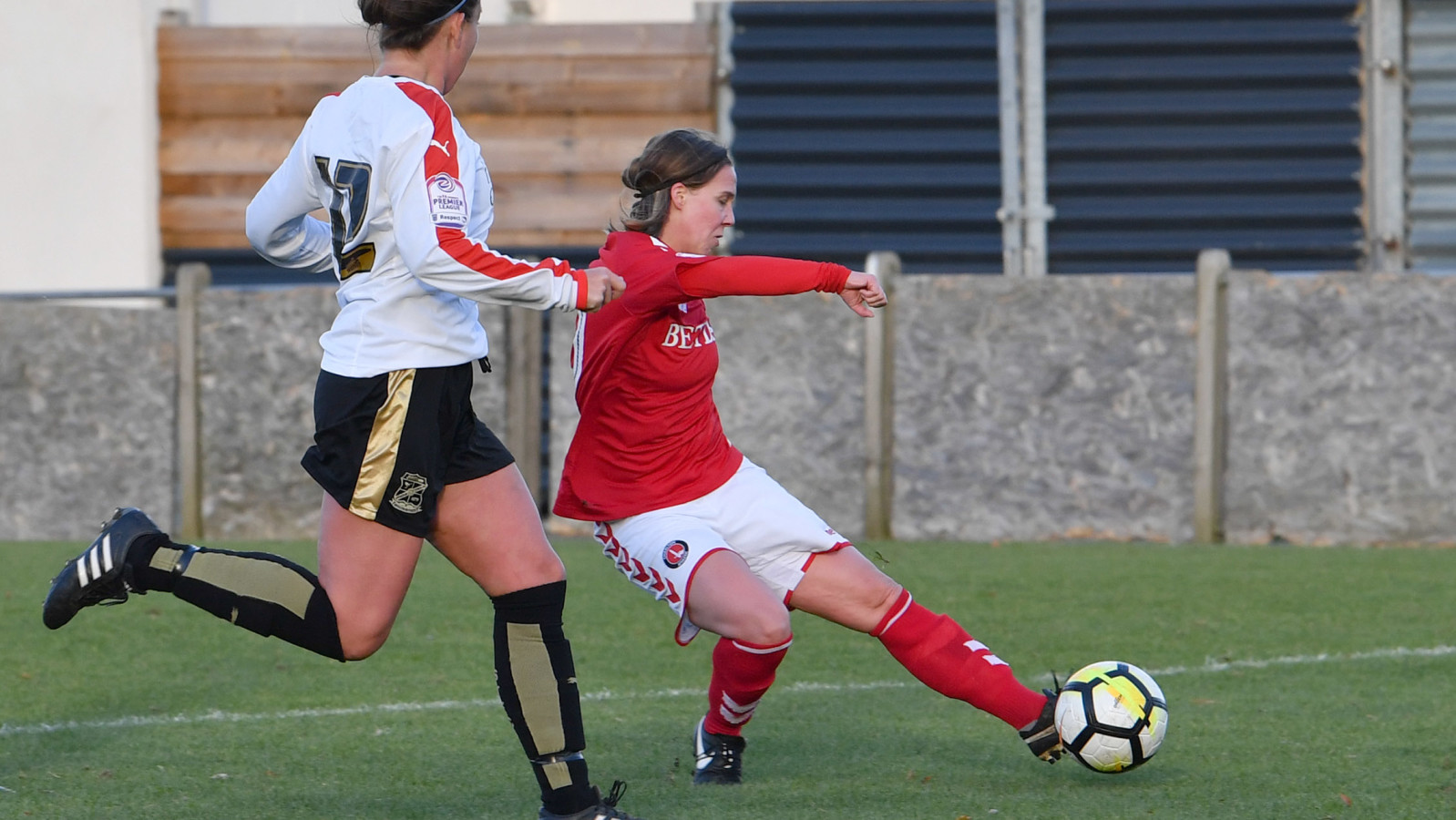 It took the Addicks just two minutes to open the scoring when skipper Kim Dixson threaded a ball through to Gurr, who calmly slotted past the keeper.

On nine minutes, Clifford doubled Charlton’s lead with a thunderous, 35-yard strike and 10 minutes later Gurr claimed her second from close range after good work from Kit Graham, who also set up the fourth goal by firing a low cross into the six-yard box that a Swindon defender turned into her own net.

The second half started with Nicole Pepper seeing a 20-yard effort dip narrowly over the crossbar before Graham pulled a low strike from the edge of the area just wide of the far post.

On the hour, Graham was brought down in the area and Gurr stepped up to fire home from the spot to complete her hat-trick.

Lukasewich marked her debut with a goal on 79 minutes by cutting in from the wing to slot home coolly.

Four minutes later, young striker Georgia Griffin got her name on the scoresheet after latching onto a Graham through ball and finishing low past the keeper.

Two more late goals took the Addicks' tally to nine. Firstly on 90 minutes Gurr dribbled through the heart of the home defence to fire home her fourth before Graham headed home a Clifford cross in injury time.

Full reaction with Riteesh Mishra, Olivia Lukasewich and Elle Nelson can be watched here, whilst Highlights are available here on Valley Pass