Robinson on his team's lack of discipline, Jake Forster-Caskey and Stephy Mavididi's injury 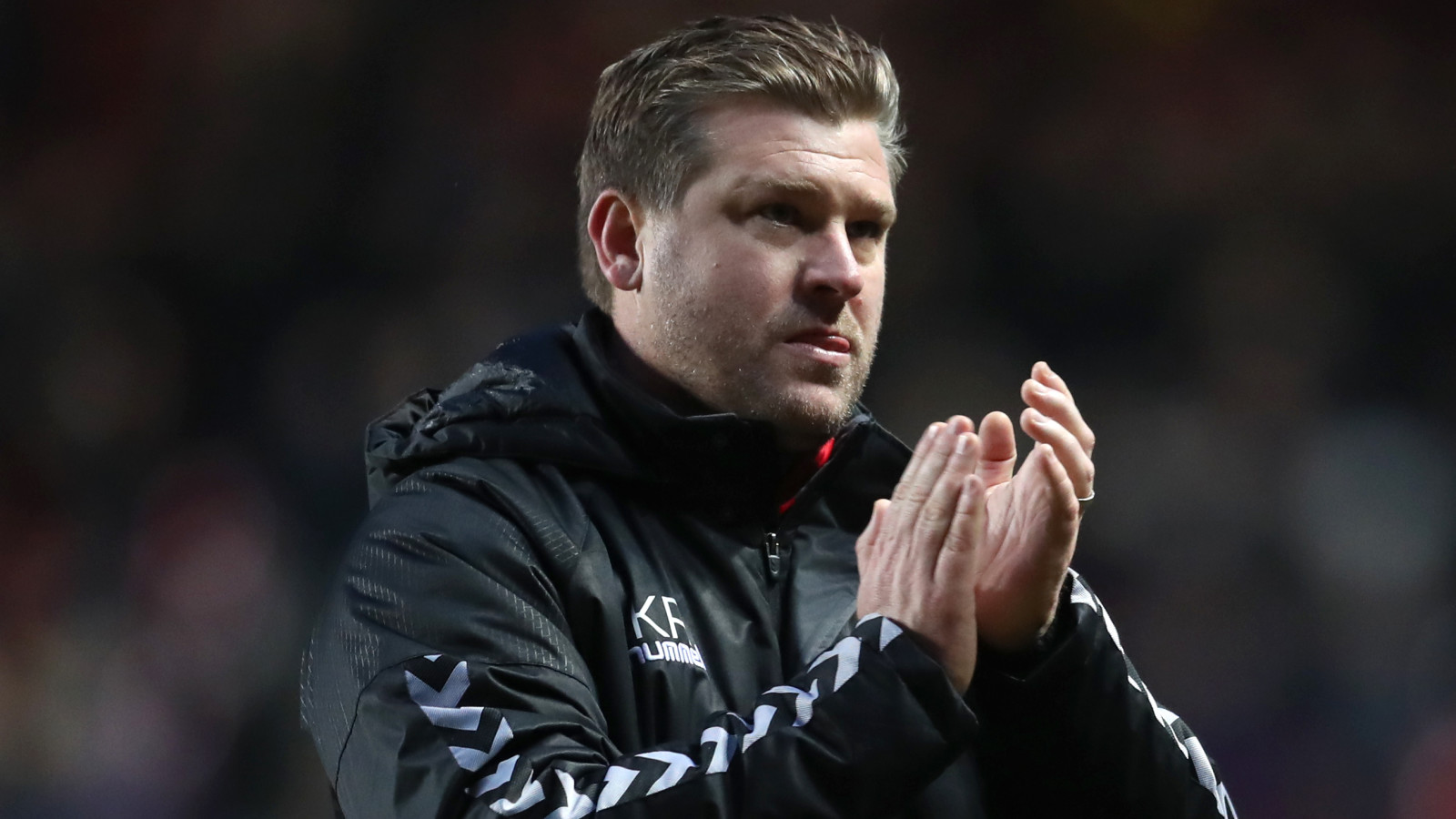 Karl Robinson says that a lack of discipline cost his side against Oxford United at The Valley on Saturday afternoon.

On 89 minutes, the Addicks led 2-1 through goals from Ahmed Kashi and Josh Magennis, who netted either side of a James Henry equaliser. The U’s struck twice in the final minutes to take all three points.

And afterwards the Manager bemoaned his team's poor game management and also discussed what was said in the dressing room, Jake Forster-Caskey and an injury sustained by Stephy Mavididi.

The performance and defeat

"We lost our discipline with five minutes to go. It was clear what the game-plan was and that was not carried out. We put someone on to go more defensive and we asked our wingers to give our full-backs more protection. They didn't do that.

"We let a player run - which we worked on on Friday - for their second goal. We spoke about it at length and someone chose not to do it. When we were leading, we got too confident and we became individuals, offensively.

"I've not seen that before. It became 'I want to score' rather than 'we need to score'. There were no positives, for me. We lost."

What was said in the dressing room

"I told the players that we lost our discipline, our shape and our protection for our full-backs. That was the mantra when people came on.

"I don't think it was an arrogance from any individual, I think it was just a willingness to do well. Even though they are trying so hard, there can be better option out there and we needed to be open to that."

"Patrick was fit but we'd kept three clean sheets in the last four. To be fair to the back four, I think they had been very good."

"I wasn't going to take any risks on him. It was his hamstring. We haven't got a time frame at the moment."

"I thought Jake was excellent. On the ball, he is unbelievable. He hits great diagonal passes and we felt with the way they [Oxford] played, he'd open the game up a bit. We wanted to vary our passes rather than run with the ball.

"It was hard to drop Joe Aribo because he's been excellent. Jake and Kashi were probably our best two players today and I think the rest of the team let them down a bit."