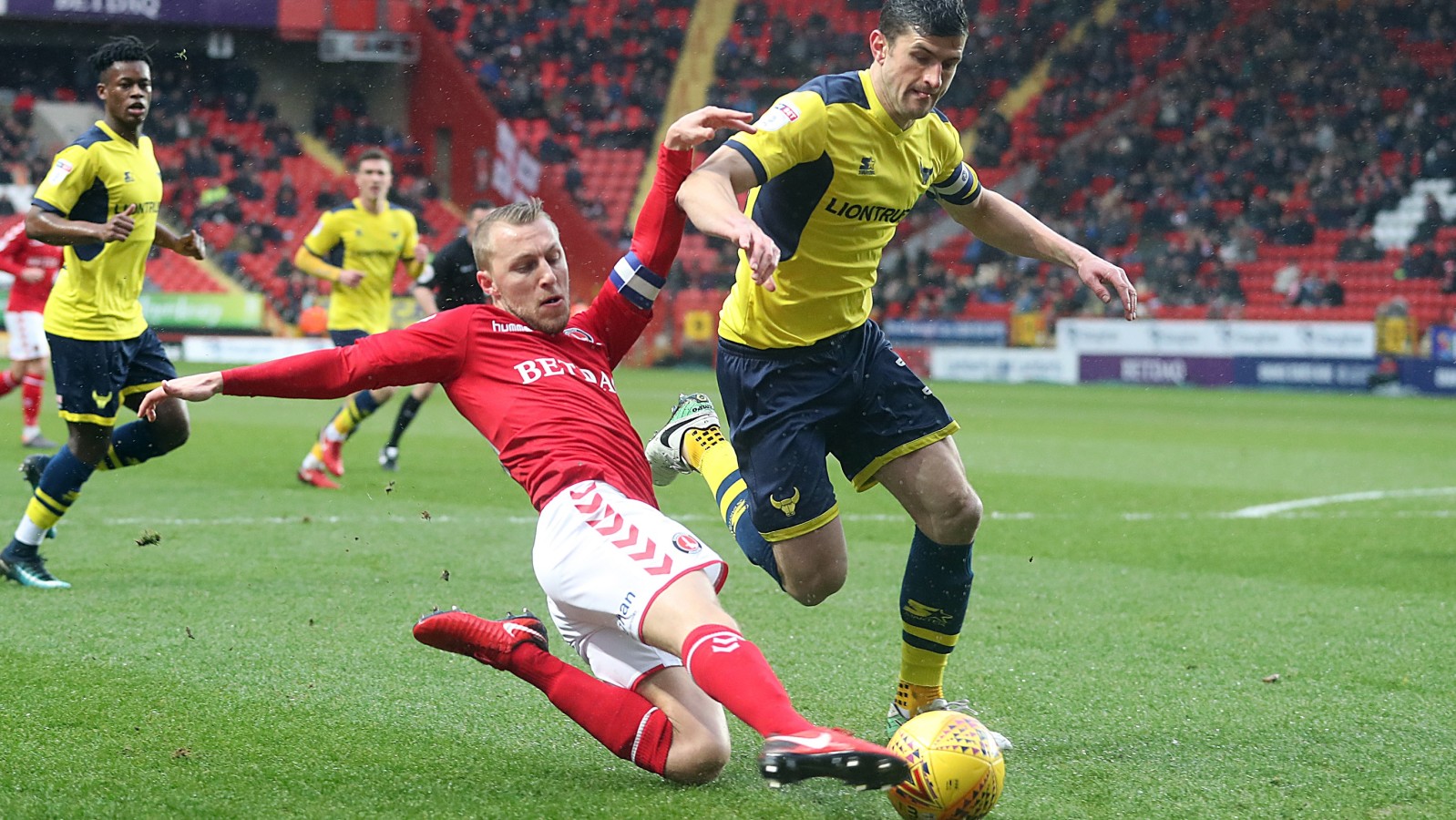 The Addicks led twice with Ahmed Kashi scoring his first league goal for the club in the 63rd minute and Josh Magennis scoring in the 78th minute just after James Henry had equalised but Todd Kane and Ryan Ledson scored with time running out as the visitors took home the three points.

Karl Robinson made two changes from the side that beat Walsall 3-1 at The Valley a fortnight ago with Jake Forster-Caskey and Tariqe Fosu replacing Joe Aribo and Ben Reeves. There was also a first place on the bench for new signings Sullay Kaikai and Michael Zyro.

The Addicks started with pace and within the first minute Fosu had been hacked down and Stephy Mavididi had won the first Charlton corner.

Fosu had fantastic first effort on goal in the eighth minute, after picking up the ball in midfield the winger drove forward, away from his defender. His right footed effort from just inside the box fizzed all over the place and was parried to safety by Oxford’s Simon Eastwood.

The pressure continued and after Chris Solly got in behind the visitors’ defence the ball was cleared to Mark Marshall on the right wing whose deep cross was cleared by Oxford just before Josh Magennis could get his head to it.

Marshall then headed wide in the 14th minute when he rose highest to connect with a Mavididi cross from the left after the Arsenal loanee had skipped past his defender.

At the other end Oxford had their first glimpse at goal in the 16th minute when Jon Obika hit a fantastic right-footed volley on the turn from outside the area. The Valley faithful held their breath but the ball came back off the upright and was cleared to safety.

Magennis, who started the game well, carved out a fantastic opportunity for the Addicks in the 27th minute. The striker created room for a cross from the left and swung it in with precision with his right foot. Fosu cleverly escaped his defender but didn’t get enough on the ball to trouble Eastwood.

Charlton continued knocking at the door with Marshall swinging in a deep cross to Magennis minutes later but Oxford were first to the striker’s knock down.

Oxford, who lost striker Wes Thomas pre-game then had to take off his replacement Obika in the 34th minute after a collision. He was replaced by Malachi Napa.

The half ended with a trademark Mavididi effort on goal as he cut in from the left in similar fashion to his goal against Oldham in January but the chance was well blocked by the Us defence.

Charlton had the first real chance of the second half when Fosu fed Magennis and the striker beat his defender with a lovely shoulder drop. His powerful effort from inside the box was parried behind by Eastwood.

Amos got down well to deny Napa in the 61st minute with his first real save of the match.

Just two minutes later Kashi scored pouncing after Fosu and then Magennis forced a mistake in the Oxford defence with some intense pressure. The loose ball came to Kashi, who had made up a lot of ground to get there, his first touch took him wide and his second was a driven right foot effort across Eastwood from 12 yards out.

Zyro and Kaikai made their respective Addicks bows at the same time with Marshall and the injured Mavididi making way in the 70th minute.

Substitute James Henry scored a 76th minute equaliser with a perfectly placed effort from just outside the Charlton area that went straight into the bottom corner.

The Addicks struck back immediately when Jay Dasilva won the ball on the left wing near the Oxford goalline. He escaped his defender and made his way into the penalty box. His driven cross across goal was tapped in from not much more than two yards out by Magennis, netting for the sixth time this season.

With seven minutes to go Oxford struck the post when Napa found himself some room in the penalty box but wasn’t quite able to pass home. Charlton went right up the other end and had a penalty appeal turned down when Kaikai went down in the area.

Oxford levelled again in the 88th minute when Todd Kane pounced with a first-time effort from a dragged ball from Oxford’s left from John Mousinho.

The Us controlled much of stoppage time and scored a late winner when Isaac Buckley-Rickets pulled back for Ryan Ledson who side footed a right-footed effort home from outside the area.