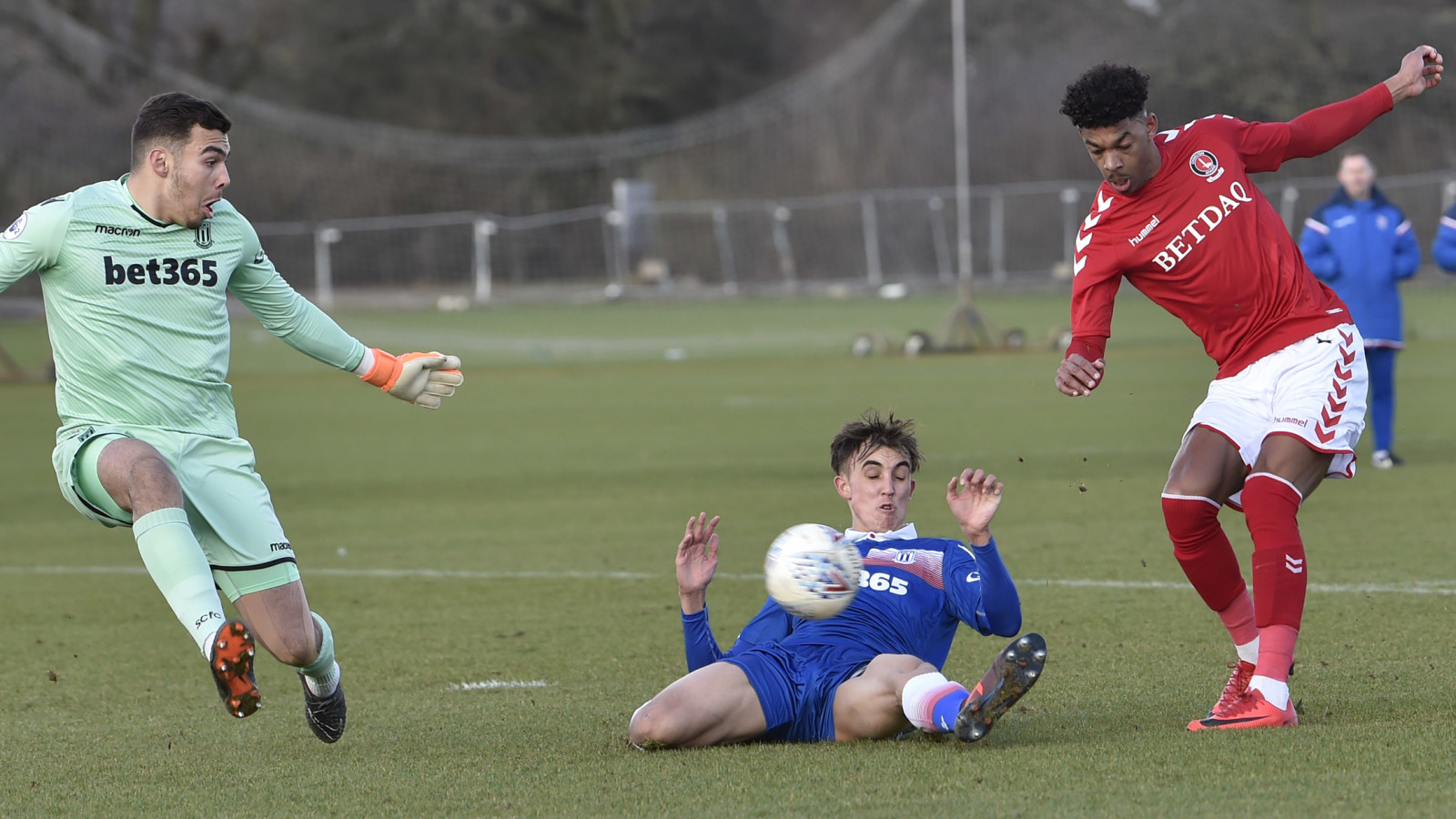 The defender marshalled the Addicks' back-line and, at the other end of the pitch, Reeco Hackett-Fairchild bagged the winner.

The win was Jason Euell's side's first in the competition this season and they will conclude their Group G campaign against Bristol City next week.

Charlton grabbed the lead with the first meaningful attempt on goal of the match after 20 minutes.

George Lapslie pounced on a loose ball in midfield and quickly looked for Hakcett-Fairchild, who held off Stoke's Lasse Sorensen before firing into the top corner.

Three minutes later, Stoke goalkeeper Daniel Gyollai made a superb save from Alfie Doughty's low strike after he had controlled an intelligent pass from Albie Morgan.

Gyollai was called into action again on 25 minutes. Hackett-Fairchild let fly from the edge of the box and the stopper dived to his left to tip the strike around the post.

The returning Pearce sent a looping header narrowly wide just before the half-hour mark and 10 minutes later fellow fit-again Addick Lewis Page thumped a long-range strike into the side netting.

Doughty fired over the bar from 18 yards in what was the first chance of the second period and, on 54 minutes, Morgan stung the palms of Gyollai with a low free-kick.

A couple of minutes later, a brilliant Gyollai save kept out Hackett-Fairchild, who had broken the offside trap, and the stopper then denied Josh Umerah from close range.

Pearce thought he had doubled Charlton's lead on the hour mark, only for his header to sail just over from a Doughty free-kick and Pearce then made way for Taylor Maloney 20 minutes from time.

Stoke substitute Shola Ayoola shot wide for the Potters in the 77th minute, in what was their first real effort of the match, and with the last kick of the game Jacob Twyford fired a strike at Ashley Maynard-Brewer that the stopper was equal to.