Robinson left frustrated by lack of protection for his players 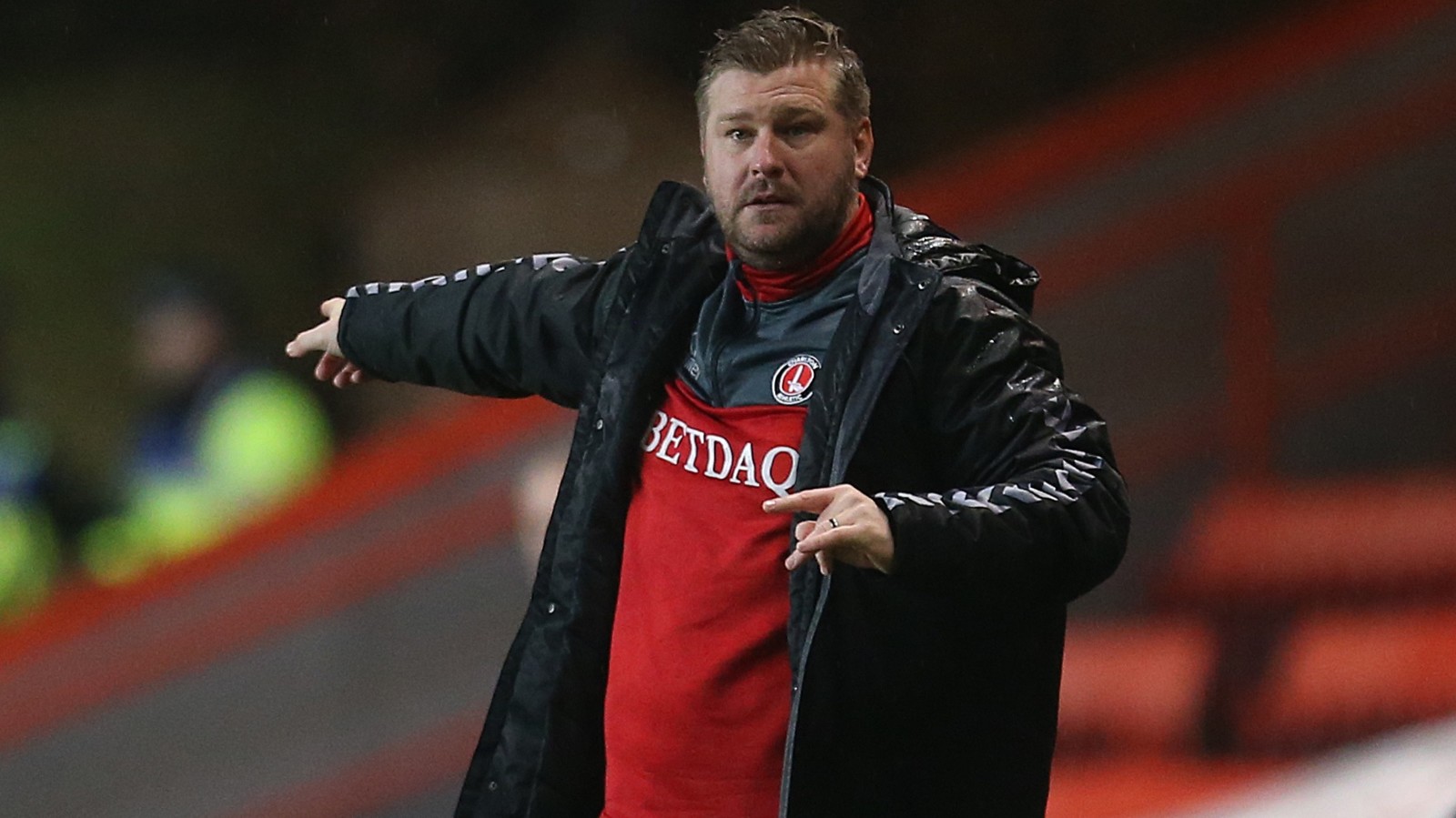 On protection for his players…

"There were some tackles on my players today. You hear Premier League managers moaning about tackles – Tariqe Fosu and Sullay Kaikai got some horrendous treatment today.

"That’s not negative against them, Bradford are a very good side and Simon is one of the best managers in the league. They’re aggressive in what they do, but the referee has to take control. How can we dominate possession like we did, yet we gave away six or seven fouls and we had two, yet we had all the ball.

"Josh Magennis gets battered every single week. He’s honest, he’s fair, he stays on his feet and he gets nothing. Their guy, Patrick Bauer goes against him, he goes to ground and he gets a free-kick.

"What about the foul on Ezri Konsa in the box. What about the one on Nicky Ajose? What about the three or four that led to it? I just don’t get that, I don’t understand. I’ve been quite supportive of the officials, for me!

"I was emotional at the beginning and got given a talking to because I said to the referee that one of my players was going to get hurt. Their job is to protect the welfare of the players and they’re not. They’re not protecting my flair players. Obviously, they’re going to deteriorate in form because of the fear of breaking your leg. There’s always that possibility when you aggressive in that way, someone can get hurt and the referees need to take more control.

"Jake Forster-Caskey gets done round the knee and responds stupidly by pushing someone, but I don’t get how it’s the same. One could actually hurt somebody and the other couldn’t.

"Nicky Ajose ran around and was aggressive but then got done round his waist."

"I thought the players were excellent and they deserved a lot more than we got out of the game again. We were against a good team who have been in indifferent form, but have got a new manager in so there’s a different mentality and a different way, so we get them at a difficult time.

"There was a little spell in the second half where we lost our shape a bit, but their goal came from another deflection. Chris Solly has quite comfortably got the cross, but it takes a nick off Ezri [Konsa]. So it’s deflected into his path, just as it did on Saturday. You can’t blame the players for that.

"I know fans will be frustrated and we can all go away and talk about making subs and we should have done this or that, but we’ve conceded in the last two games with two deflections that have dropped to them. That can’t be a lack of shape or poor play, you just have to hold your hands up because that’s just the way it is. That’s just football.

"But again, at 1-0, we have to go again and edge ourselves to get the second. We felt that our shape was good, so you can’t blame it on not making substitutions because we weren’t really any danger. The only danger came from them hitting the crossbar from a free-kick.

"I don’t think a draw was fair. They’ll probably say it was fair and they’re a very good team who will have a bit of a spurt. But so will we, because we’ll take a lot of confidence from this. "

On the team’s current position…

"We’ve got two games on hand on the team below and one above us. We’re in a great position and I’m really proud of my players. I’m proud of my club and we keep going. It’s a long, drawn out season and it’s hard. But you’ve got to find something within you that separates you from the rest.

"This is the bit that I love. I hate my job until this point, now is the time to find out who has got the balls to go and grab it. We’ve got to up the ante and say come on, we’re Charlton, come and get us.

"We’ve not lost ground. We’re still in this and there’s a lot of football to play."

"I got a phone call from Jacko the other day and another from Jason Euell and he’s back in the area. I’ve heard he was like a Roll’s Royce last time he was here. Someone said to me what he does is come into training, digs people out, drives the standards of the football club and with all the negative stuff over the last five years, he was one of the positive ones that came from the regime.

"That’s not for me to say, but I believe that’s the case.

"What a wonderful man. Is he getting old, has he got the legs? We just don’t know, but why not keep him in training in case that possibility arises? We just have to make sure we seek every avenue and that’s what we’re doing at this moment in time."