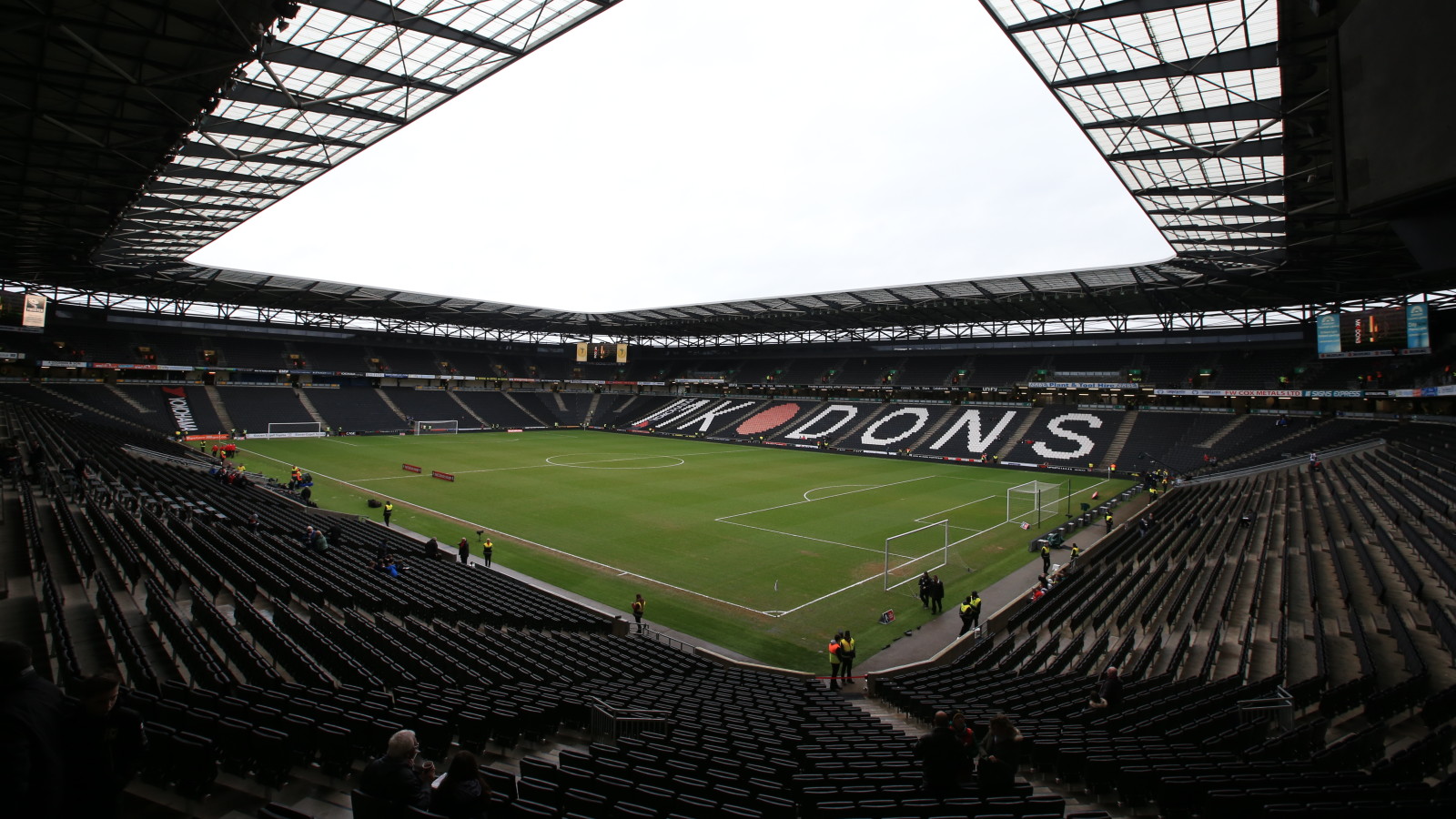 Heading to Buckinghamshire on Saturday? Here's what to expect from an away day at MK Dons...

838 tickets had been sold by the time they went off sale on Thursday afternoon and they will be on sale on the at the ticket office between gates 3 and 4 of this circumnavigable stadium priced as follows.

For those that don't mind the out of town new build, this is one of the best, even if as many have maintained it would make a great venue for a gig. Whatever way, Stadium MK, whilst dividing untold opinion, is an impressive stadium and, now all of the seats have been fully installed, does look the part - the approach to the ground exuding big stadium - even if it is in the middle of nowhere - or in the middle of some shops.

Swiftly moving on, visiting supporters are looking behind the goal at the north end of the ground, more towards the corner dependent upon the number of tickets sold. One has to say that the view, in the lower tier of the stand where we are situated, is more than good. To get to the stand, we enter via Gate 3, climb some stairs to a large, spacious concourse, which boasts an exceptional disabled viewing platform, then descend down the appropriate aisle, which is used to direct you to your seat, then take your place in your armchair. Yep, the seats are pretty big.

Up on the concourse are food outlets and a bookies, while the bar facility is a bit unique as it is concealed behind a screen as the concourse is in view of the pitch, then provides secluded space for one to imbibe.

Yes, they are all there surrounding the stadium, the American ones, the Italian ones, the closest to our end being the colonel and the clown! There are quite a few mobile outlets dotted around, while inside the ground, the menu is a little more quirky than the average, especially the pies and burgers, while meal deals and offers on beer purchased in bulk are available.

This my way come as no great surprise, but there is not exactly a plethora of pubs within the immediate vicinity. The Red Dot Bar near the hotel abutted to the stadium has been known to accommodate visiting fans, ditto the reverse. There are quite a few feasible options, however, the first being Milton Keynes itself, which a fair old distance away, realistically a cab or bus, but there are quite a few pubs there.

Another option is Bletchley, which is about half an hour's walk away, left and left outside the station with a couple en route. Meanwhile, in Bletchley itself there is a working men's club near the station and a couple of minutes further up the road is The Postman's Club, aka The Postie, which has had glowing reports and have touched base to advise away fans are more than welcome.

The most walkable is the quaint village of Fenny Stratford, which boasts seven pubs that cater for all tastes and is a twenty-minute walk from the ground. Not so bad after all.

Yes, in its glorious out of town isolation, Stadium:mk is more car than train friendly, although on four wheels it's a bit fiddly. The postcode is MK1 1ST.

If coming from the south, leave the M1 at Junction 14 and go straight on at the Northfield Roundabout then the ground is clearly signposted from here. There is parking at the stadium relatively adjacent to the away end via the Saxon Street entrance and this costs £7.

There are drop off and pick up points at gates 2, 4 and 7, where there is also a taxi rank. One quick heads up, if you have booked a cab post-match picking by the hotel entrance, guests are prone to purloining them...

As mentioned, Bletchley is either a walk or cab with the ground signposted from there, whilst Fenny Stratford is more walkable, it's a case of aiming back towards the main dual carriageway, walking towards Milton Keynes then crossing over one you arrive at the shops and the ground soon comes into view.