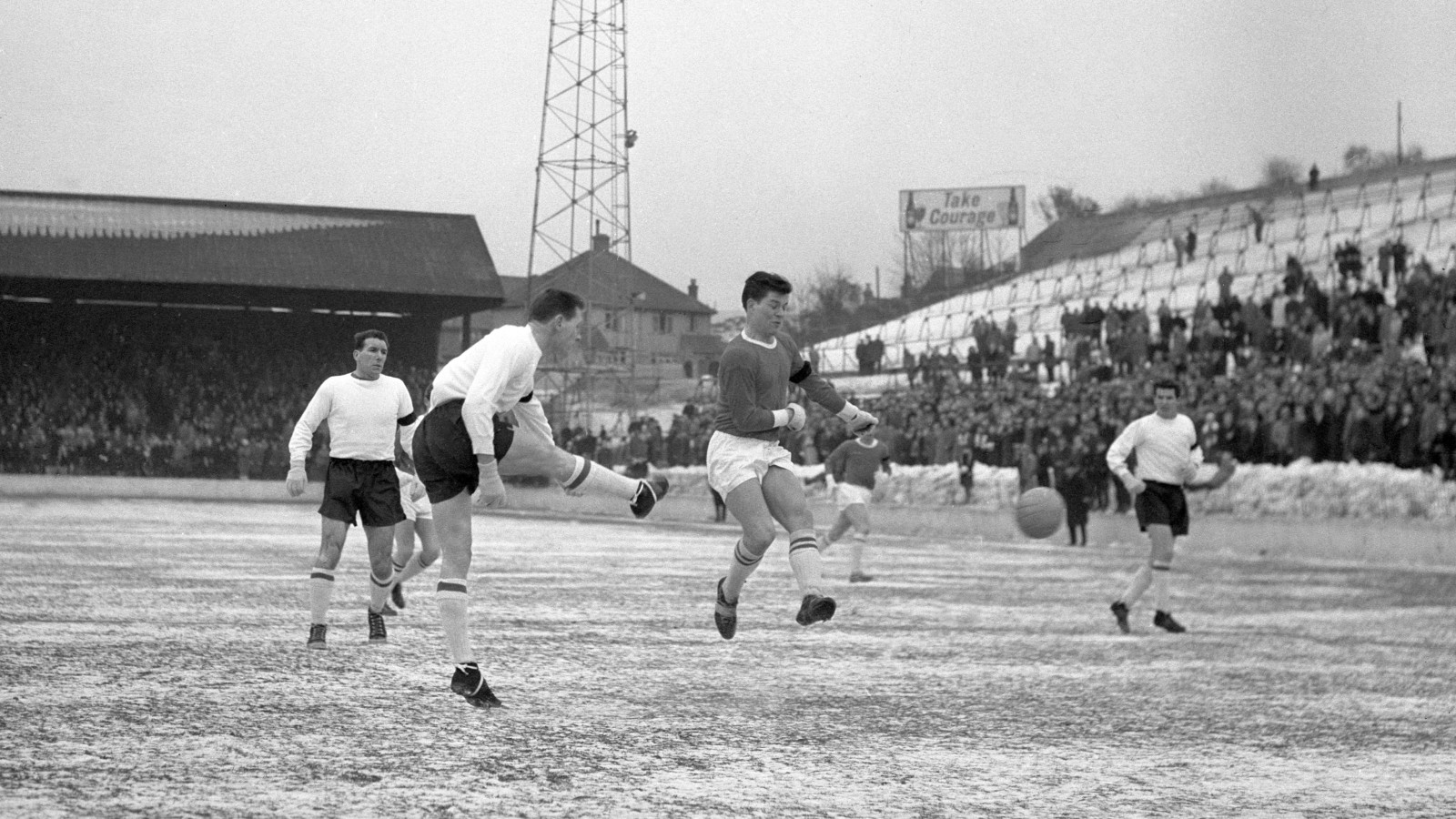 Although the recent snowstorms have knocked out most of this weekend’s League One action, including the Addicks’ trip to AFC Wimbledon, it is nothing compared to what Keith Peacock faced during the big freeze of 1963.

Having made his senior debut under Frank Hill earlier in the 1962/63 campaign, he was part of a Charlton side that was only able to play one match in 10 weeks as one of the coldest winters on record in the United Kingdom put pay to the Football League calendar.

Between December 22nd, 1962 and March 2nd, 1963, just one match was able to be completed thanks to snow and frozen temperatures, while a match at The Valley was abandoned in the 57th minute on January 19th [pictured above] due to a snowstorm.

“We were 1-0 up against Southampton,” recalled Peacock.

“The snow came down and it was abandoned. The freeze came in that winter and we only played one game in 10 weeks which is incredible when you think of it now.

“We didn’t have anywhere to train and couldn’t have done what the first team do today. They’ve done magnificently to get The Valley in shape so the players can train.”

“We just made do,” he continued.

“There was obviously a backlog of fixtures, but we got by and by the end of that season we stayed up by beating Walsall away. It was the end of May by the time that came around because the season had to be extended.”

The Addicks legend has some not-so-fond memories of battling the elements on the pitch back in his playing days. Indeed, he believes that some of the surfaces that were played on in adverse weather in the 1960s and 1970s would never be past fit in the modern age.

“I remember playing in games where the markings had to be put in on top of the snow,” he said.

“There were games where the pitches were frozen solid – that would never be allowed today with health and safety.

“Other times there was lots of sand thrown on the pitch to soak up the water and it would become heavy and sludgy. I was never too happy under those circumstances.

“I would do my best and grit my teeth to do whatever I could, but it wasn’t one of those that I would relish at all. It suited the big centre-halves that could plough through the difficult conditions better than ball players. I considered myself more of a ball player.

“There were good players in those days, like George Best, who could play in any condition,” Peacock continued.

“The really great players can just adapt. It’s an intuitive thing where they can watch the bounce of the ball and read things better.

“It’s much better these days, especially at the higher level where the pitches are always perfect. But I saw players who had the ball stopped in a puddle, but would skip on because they could adapt to the circumstances.”