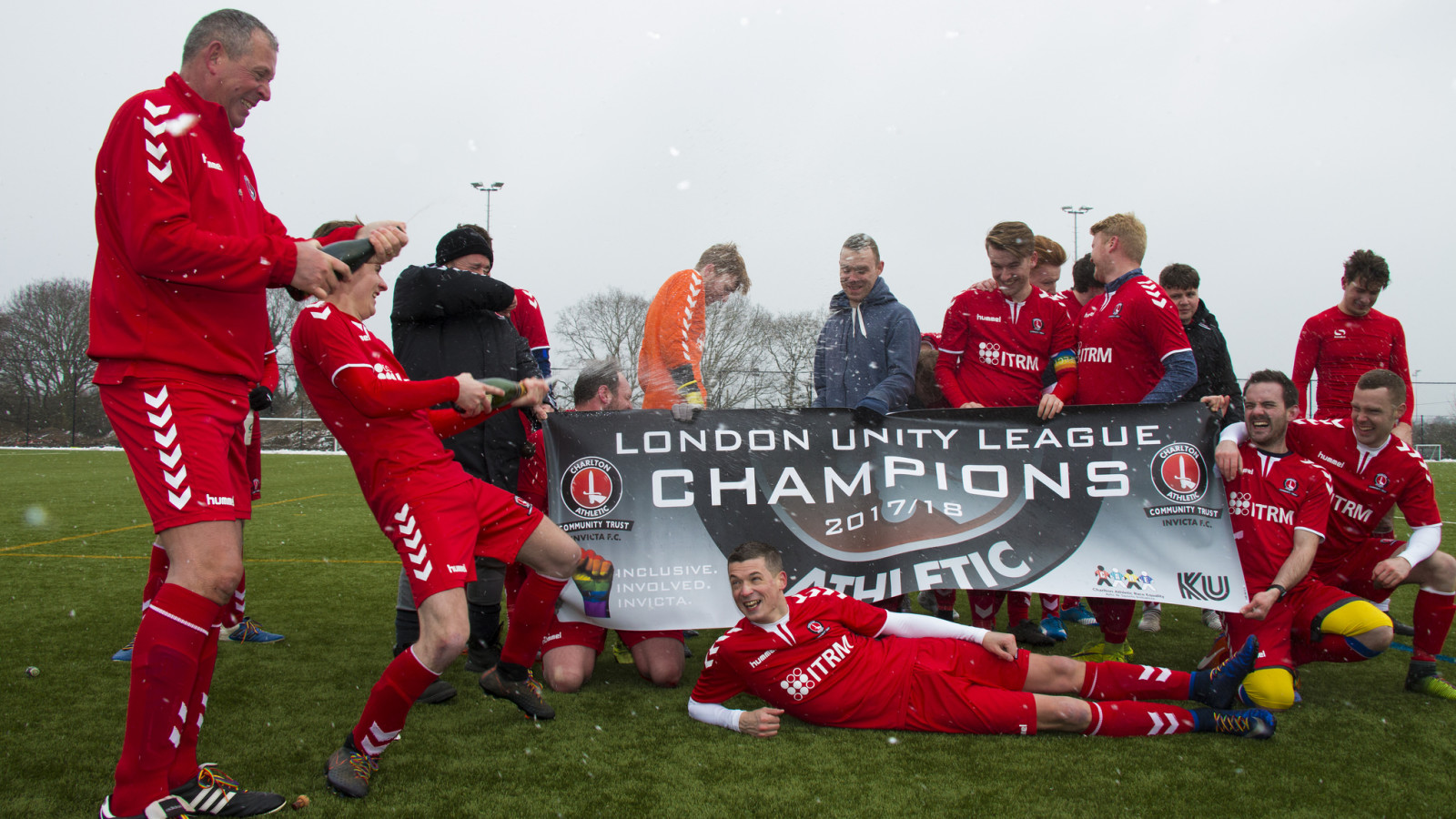 Charlton Invicta recently toasted their debut season by being crowned as champions of the London Unity League.

The team, formerly Bexley Invicta, became the first LGBTQI+ friendly side to be officially affiliated to a professional club and its community trust in the summer.

Invicta play their home matches at Sparrows Lane - Charlton's training ground - and they have yet to taste defeat this season, winning 12 and drawing three of their 15 league games.

With only one match remaining, they could yet end the season unbeaten and Player-Manager and life-long Addick Gary Ginnaw has described the team's title win as "fantastic".

He said: "From the first game we wore the red shirts, I became very proud. To wear the colours of my boyhood club - and during such a special season for me personally, the club and CACT - it's been fantastic.

"Winning the league is something we've been striving to achieve for a number of years and I'm incredibly proud.

"To win any league is special; it's a sign of a lot of hard work over the course of an entire season, not just during one match, and now we want to end the season unbeaten."