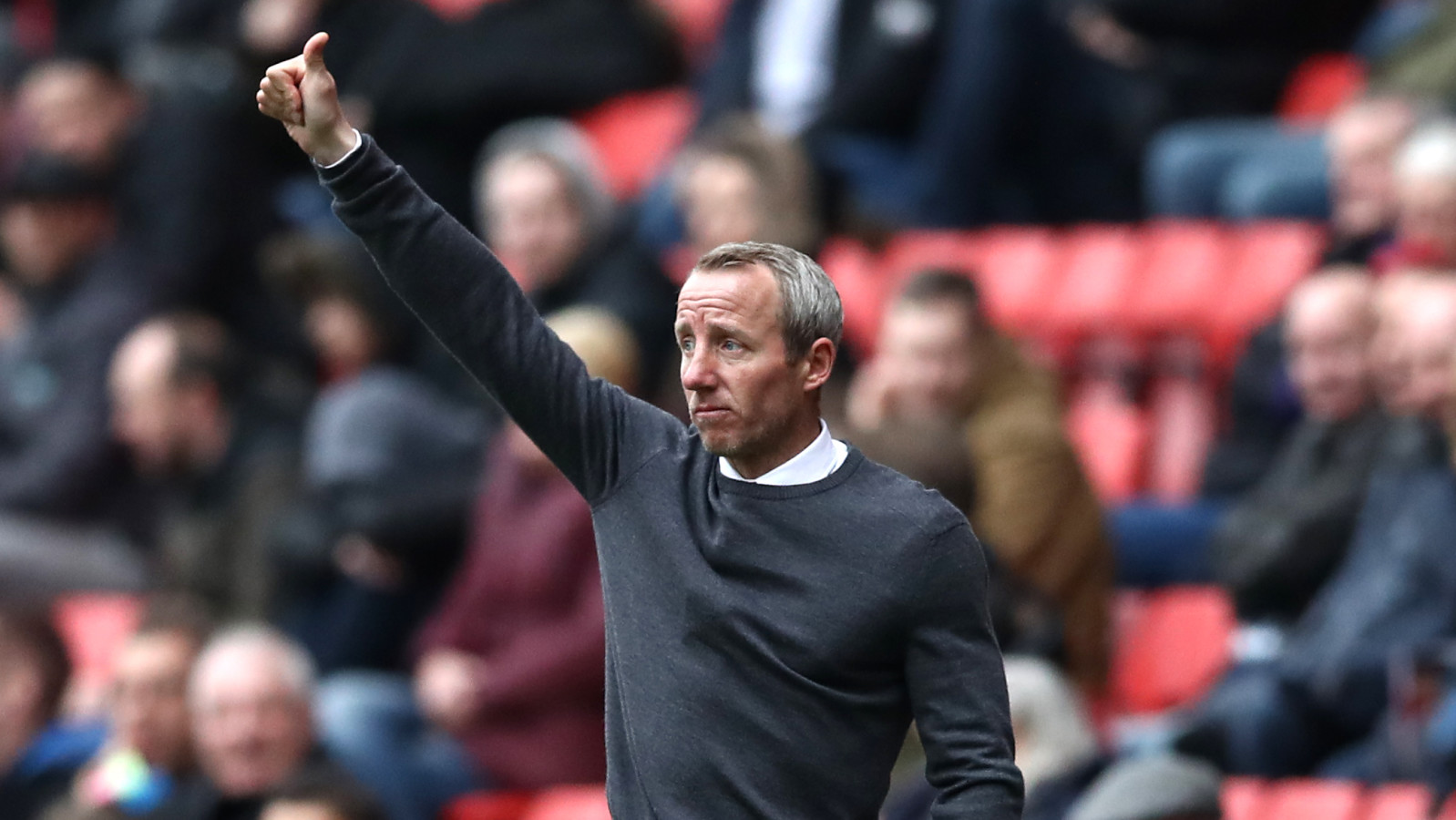 This week’s media day was closer to what one would normally expect this season from the weekly Manager’s press conference with three local journalists in attendance.

The press conference will be available to watch in full on Valley Pass shortly and here are five topics he covered.

On Plymouth and the fan response

"I couldn’t have asked for a better start. Plymouth are a good team and I think we deserved a win, I think we were better than them all over the park but the most important thing for me was the togetherness and professionalism in the performance. It was good for me to have the fans behind us, obviously it has been difficult for a while. That’s what I asked for, for them to just trust and get behind the players and that’s what they’ve done and the place was bouncing."

"After the game I didn’t say much. Apart from I think I had to tell them how well they played. I couldn’t just walk out of the room and say nothing at all, and that’s exactly what Terry Venables would have done. So I’ve taken that on board, if we were to lose a game I’d have exactly the same approach. We came in on Monday and we spoke about the performance on Monday which is a much better environment to do so. That’s something I’ve taken on board from Terry."

On players on the way back into contention for a place

"We’ve got some big players coming back. We’ve got two internationals back in the building (Josh Magennis and Ezri Konsa), we’ve got little Jay Dasilva, who I love and obviously Stephy, which is good because we’ve got a lot of games in a short space of time, so there will be rotation. So hopefully we don’t pick-up too many injuries."

"This will be just as big a test (as Plymouth). We will go there. We will respect them. It is going to be difficult because they are fighting. They need to score goals, they need to win games. If I know Jimmy like I do, he will have them ready for Friday and it is just down to us. If we perform anywhere near what we did on Saturday, which we demand, then I’m hoping we’ll come away with three more points."

On what formation he will play on Friday

"It is difficult. There are a couple of things I’m thinking about. Northampton have played two formations recently. They’ve played 3-5-2 and 4-4-1-1, so I’m looking at personnel with the game on Monday too. I’ll have to wait until tomorrow, so I can keep watching games on them. But whatever team I put out on Friday, the lads will know what their jobs are and they’ll be ready. If I play a straight 4-4-2 then I might bring in players that suit that better I’m not going to give too much away but that’s what I’m contemplating at the moment, whether to play wingers or stick with the (diamond) formation that they did so well with. That’s something I’ll think about in the next 24 hours.

"I would rather they (Northampton) were a one formation team, but they aren’t. I try not to focus too much on the other team though. If I can get our lads firing and working as a team, I know as individuals they are exceptional players, so we need to win the ball back and once we do let them play. If you focus on the other team too much then it becomes a negative. Don’t get me wrong, we will respect Northampton just as much as we did at Plymouth but once we win the ball back then it’s about us."