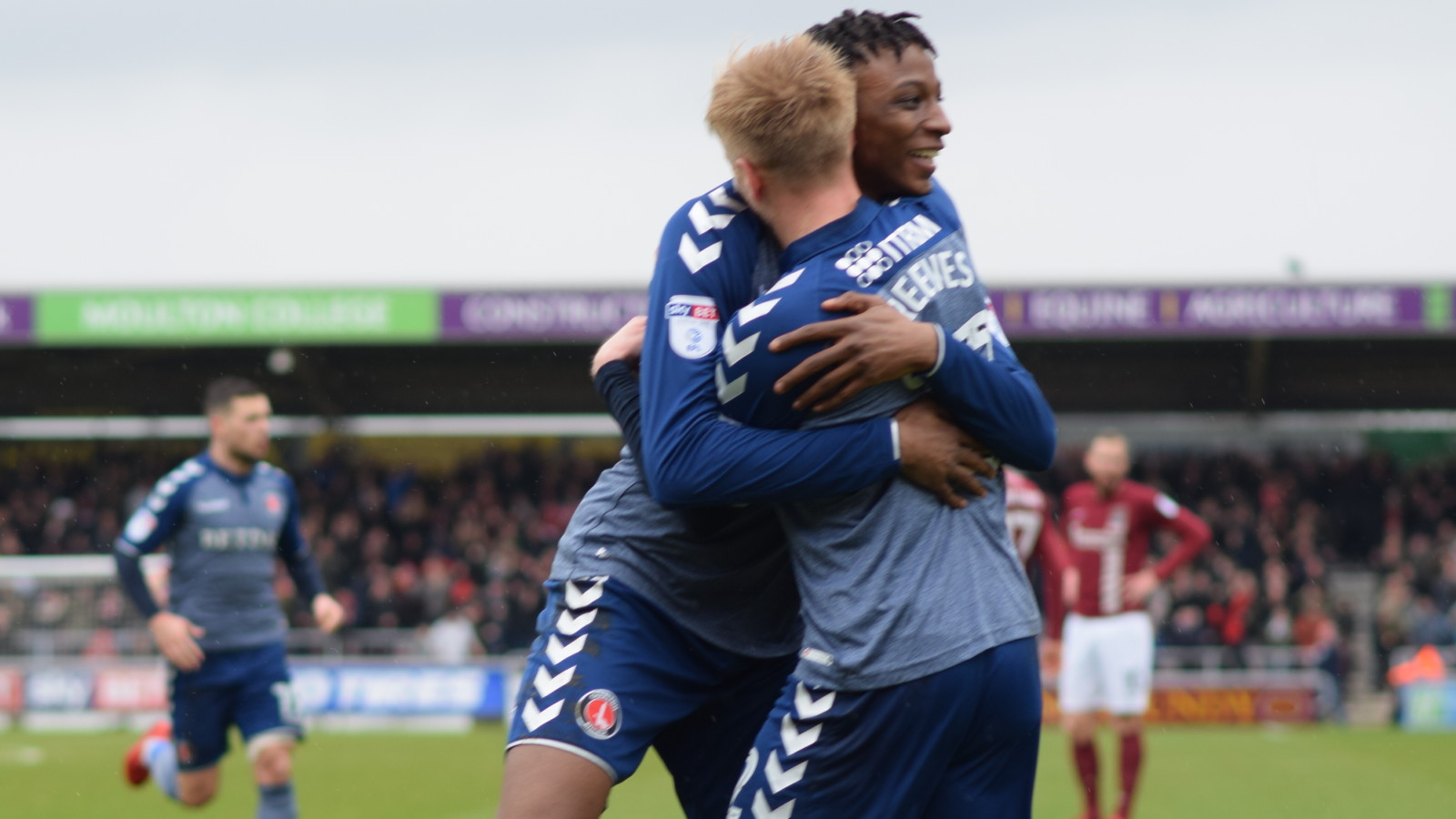 Ben Reeves was in a very good mood after scoring his first ever header in Charlton’s 4-0 away win at Northampton Town.

The former Milton Keynes Dons man, who was influential throughout, netted in the 14th minute and recorded an assist for the Addicks final goal in maybe his best performance to date in a Charlton shirt.

Speaking to Valley Pass after the game he said: “It’s the first ever header I’ve scored. I’ve scored a few but I’ve never scored with my head. It was nice to finally get one. The most important thing was to get us going and I think after that first goal we were.”

He added with a smile: “It was about time I got one with this forehead wasn’t it.”

Reeves occupied a slightly different role to the more central midfield position he played in Saturday’s win against Plymouth, as he drifted in from a wider starting position on the right. In both games he has been singled out for praise by Caretaker boss Lee Bowyer for his workrate. Reeves said: “I still know I can play a lot better than that as well though, so it is just a good sign that I’m getting better and better. That’s my first three games in a row this season, which is important for me. It’s a shame I haven’t been able to do that all season but hopefully coming into the most important part of the season I can keep going.

“I feel good at the moment, I don’t like to say it. The most important thing is to play every game as well as I can and help the team as much as I can.”

When asked about the recent run of form under Bowyer he said: “It is not just the formation, you can see for yourself, something else has changed. The penny has dropped and we’ve realised this is it now. The crowd are behind us even more. It’s just good at the moment, everything feels good at the moment. Obviously Bows and Jacko are doing a great job and it’s showing on the pitch.”