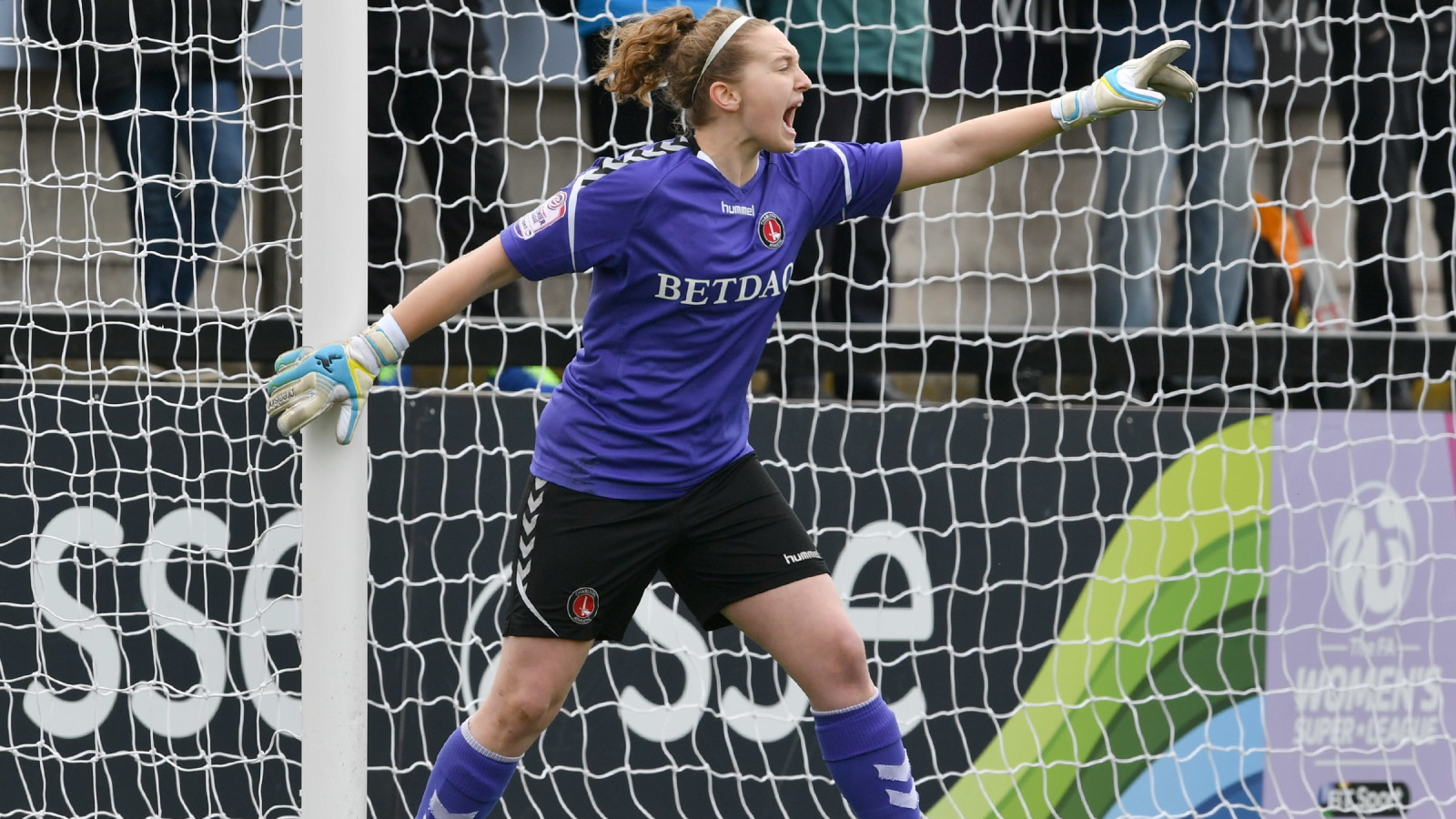 Katie Startup is relishing the chance to go away with England once again, as she prepares to travel to Bratislava with the England U19 squad for three UEFA European Championship Elite Round qualifiers over the Easter period.

The Charlton women's team's goalkeeper has already represented her country five times this season. She says it's been a great experience and has helped her grow as a player.

"Every chance to go away with England is a great opportunity to learn," says Startup.

"I've had some good game time and got some great feedback from the coaches - they're really happy with my progress and so am I.

"That's all you can really ask for. All the opportunities this season, with Spain, Portugal and Slovakia; it's been brilliant."

England face Israel, Slovakia and Germany next week and have the chance to book their place at the Euros in July. The young Lionesses qualified from the preliminary round with three wins out of three.

At club level, Charlton bowed out of the SSE Women's FA Cup on Sunday after losing 5-0 to 14-time winners Arsenal.

The David versus Goliath test was an even contest until the closing stages, with the Gunners scoring twice in the final five minutes to add gloss to the scoreline.

Startup said: "Arsenal are a top team who have beaten teams in leagues above us by higher margins so I think we did ourselves proud - the staff and the players. All the work that went into it paid off, despite the result."