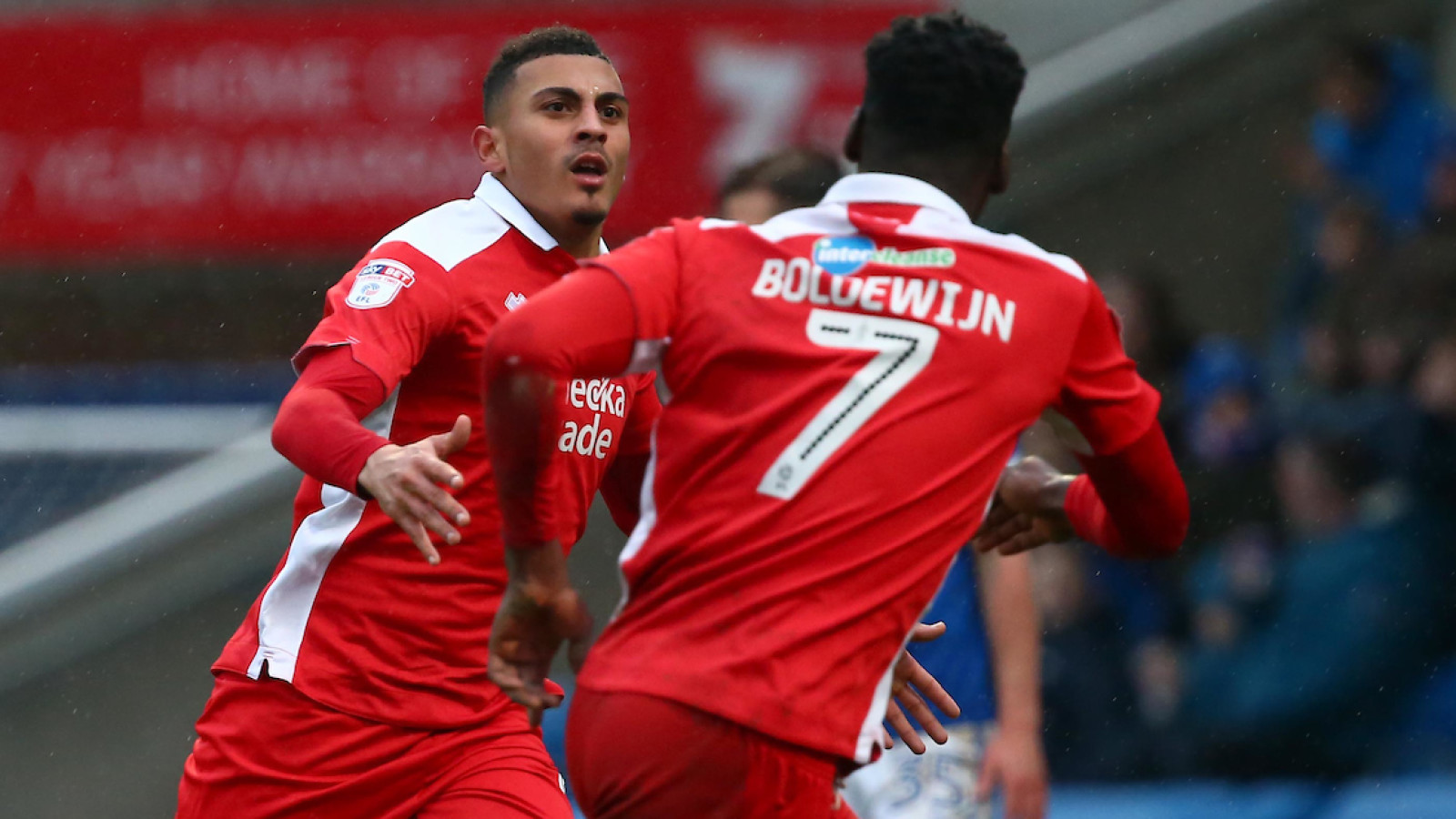 Karlan Ahearne-Grant has been nominated for the League Two Player of the Month award for March.

Charlton’s young forward, currently on loan at Crawley Town, has scored nine goals in just 11 appearances since joining the League Two side in January, including five in the month of March that led to his nomination.

Charlton fans can show their support for Ahearne-Grant by voting for him to win the award (unofficially) on Twitter. Please click here to submit your vote.

Elsewhere, Brandon Hanlan is currently enjoying his second loan spell at Bromley and he contributed to a good Easter weekend for the National League side, scoring in both their 3-0 win over Sutton United, and 1-1 draw with Wrexham.

Hanlan’s Bromley will enjoy a trip to Wembley Stadium next month when they take on Brackley Town in the final of the FA Trophy.

Regan Charles-Cook, on loan at Woking, has chipped in with five goals so far this season. His side are without a win in nine games and suffered defeats on Good Friday and Easter Monday but remain hopeful of avoiding relegation from the National League.

Archie Edwards has made eight appearances for Eastbourne Borough since joining in January. The young full-back played in four National League South games for The Sports in a congested period last month, most recently in his side’s 3-0 win over Bognor Regis Town on Easter Monday.