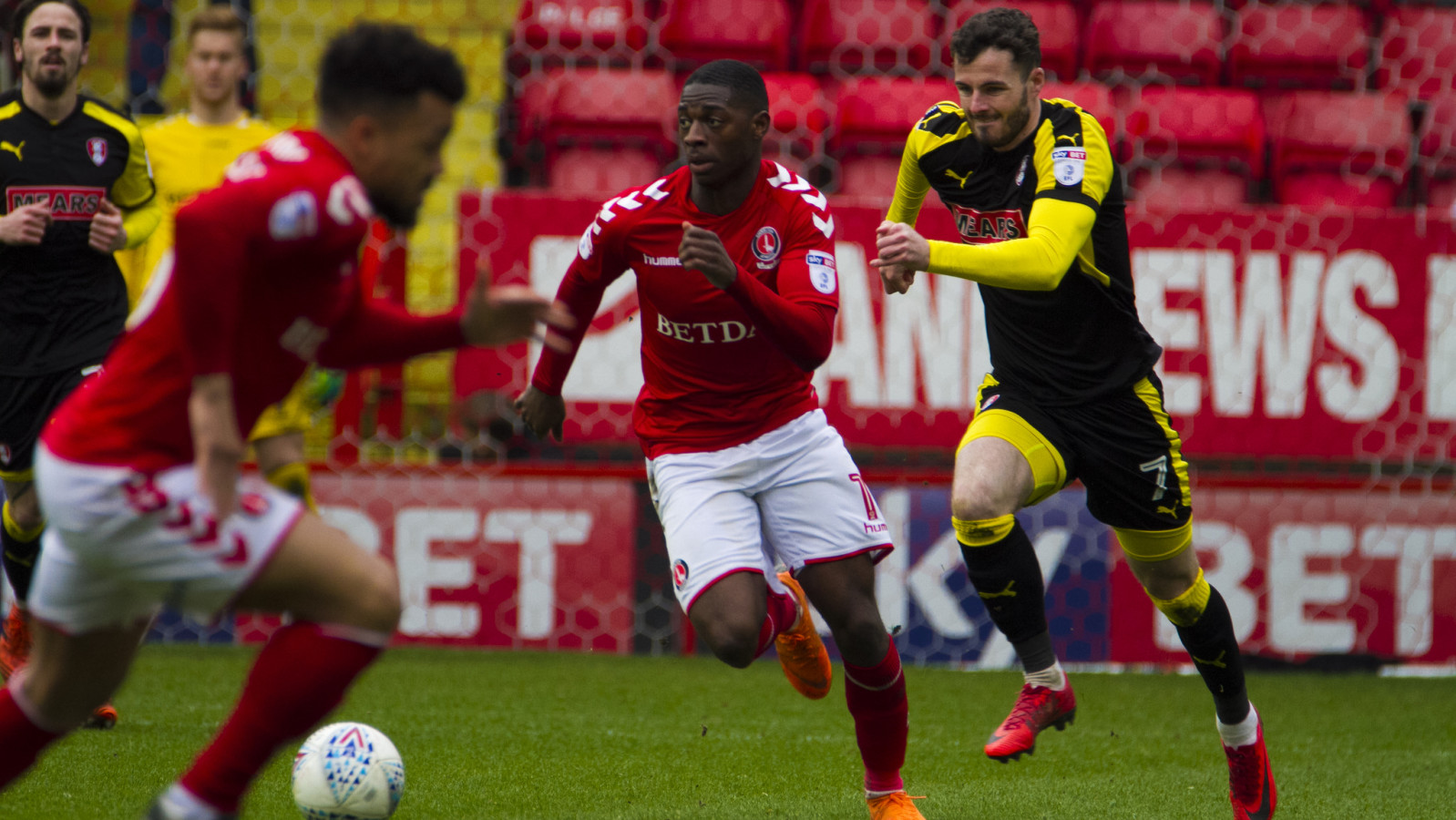 Joe Aribo and Michał Żyro grabbed the headlines by netting a double and opening the scoring respectively, as the Addicks returned to the Sky Bet League One play-off places.

But afterwards Bowyer was full of praise for Ajose, who grabbed an assist, and Kaikai, who won the free-kick for Charlton’s second goal.

“Nicky’s work-rate is unreal for the team. He’s chasing back for the first goal [on Monday] and a lot of people probably won’t have noticed that. Nicky ran back half way into his own half, makes the tackle, then sprints 50 yards to get the other side of the defenders.

“Then the ball falls to Michał; goal. If he doesn’t run back, they break through the midfield but no-one would probably see that and no-one would have thought that Nicky would do that for the team.

“He’s been outstanding and, yes, I’ve brought him off but he’s probably the best finisher in the club. The ball hasn’t fallen to him yet. His chance will come and I’m sure he will take it.”

Kaikai came on for the injured Tariqe Fosu after 18 minutes, and Bowyer added: “Sullay came on and was outstanding. He did as well as Tariqe can do. Maybe this is his chance.

“I don’t know how serious Tariqe’s injury is – obviously he’ll be a massive miss. But this could be a chance for Sullay to come in and show what he’s all about.”