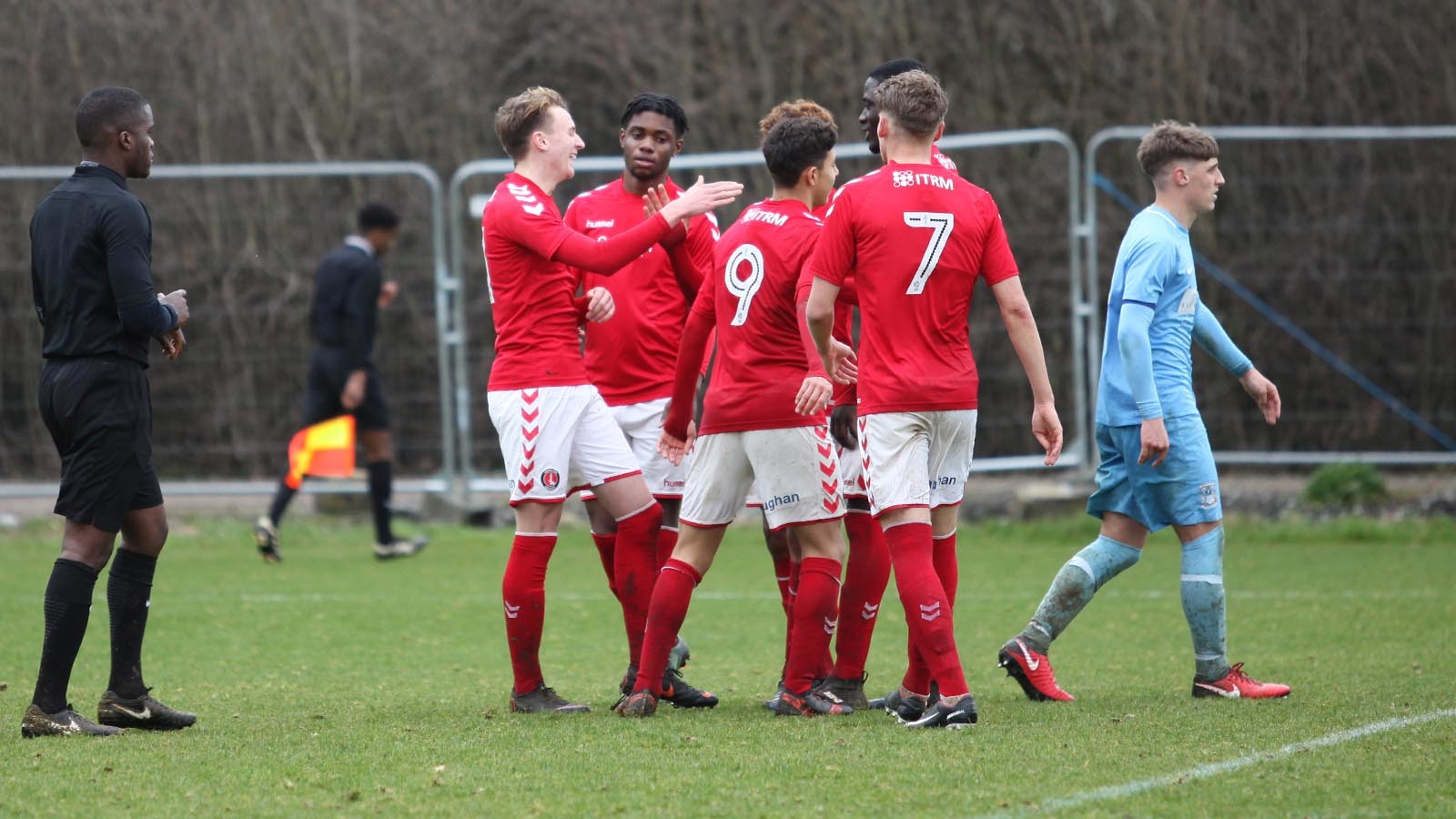 Charlton’s U18s put in a convincing display against Coventry City on Saturday morning to keep themselves in the hunt for the Professional Development League 2 end-of-season play-offs.

Brendan Sarpong-Wiredu put his side into the lead early on, meeting Jordan Zemura’s curling cross with a cool finish into the roof of the net.

The hosts continued to cause trouble for Coventry with three chances in quick succession. Sarpong-Wiredu looked to turn provider after some impressive hold-up play led to a chance for Johl Powell, whose low drive was well held by goalkeeper Tom Billson. The Coventry number one was then forced into two more saves, both from forward Jeremy Sarmiento.

The young Addicks’ pressure was made to count soon after, though, when Luke Carey met an attempted Coventry clearance on the edge of the box, and slotted home coolly to double his side’s lead.

And Sarmiento’s persistence paid off towards the end of the first half, too, when he dipped a fantastic free-kick into the net that left a scrambling Billson with no chance.

Charlton’s dominance continued in the second half and they won a penalty when Aaron Whitmore committed a foul in the box. Alfie Doughty stepped up to send the goalkeeper the wrong way and seal the three points for his side.

The scoring didn’t finish there, though. A Doughty cross from the left could only be diverted into the net by Coventry defender Callum Martin to make it 5-0 to Sergei Baltacha and Hamza Serrar’s side.

The young Addicks have a chance to add to their three points when they host Hull on Friday, continuing their search for a play-off spot.