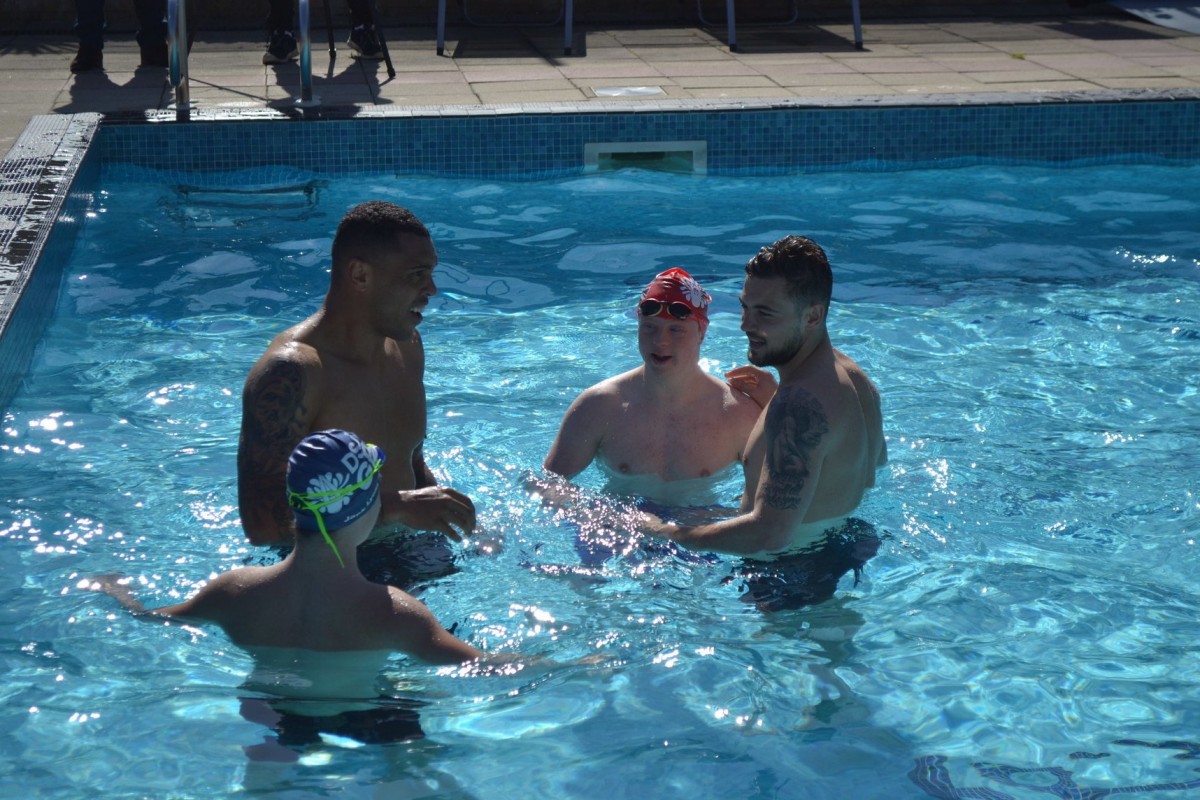 Two of the Charlton Upbeats took on Charlton Athletic striker Josh Magennis and midfielder Jake Forster-Caskey in a swimming race on Thursday 5 April to promote the upcoming Upbeats Walk.

Billy Birchmore, an 11-time gold medallist at the Down’s syndrome International Swimming Organisation European Championships in November, and Jack Lyons, who also represents Team GB, engaged in a freestyle race in the outdoor pool at David Lloyd in Sidcup.

The players were participating in the event to promote the Upbeats Walk, which will take place ahead of Charlton’s game against Scunthorpe United on Saturday 14 April.

- 93% of the parents interviewed feel more confident and aspirational in relation to their son or daughter’s life since they started coming to the Upbeats.

- Using Social Return on Investment metrics, the programme generates £7.87 in social value for every £1 spent

Several Upbeats also completed their FA Level 1 coaching qualifications recently. They are some of the first young people with Down’s syndrome in the country to become fully qualified coaches.

The Upbeats programme, which is in its 10th year, is entirely funded by voluntary donations. Click here to sign up to the walk.

“We’re very grateful to Jake and Josh for joining us and David Lloyd Sidcup for hosting today’s event.

“We’re looking for as many people to sign up for the Upbeats Walk as possible to support the programme and help the Upbeats fulfil their potential."

“I was thrilled to be invited to such a wonderful event. We saw really impressive swimming from all four participants.

“I think it’s a great thing to do and love how the Charlton players embrace the Upbeats and fully support them. We’re looking forward to the Upbeats Walk on 14 April.”

The race was hosted by CACT Ambassador Steve Sutherland and attended by Player Liaison Officer Tracey Leaburn and several of Charlton’s U18 players.

Results and video highlights will be released on Tuesday 10 April.