Joe Aribo and Mark Marshall: From 'the cage' to The Valley 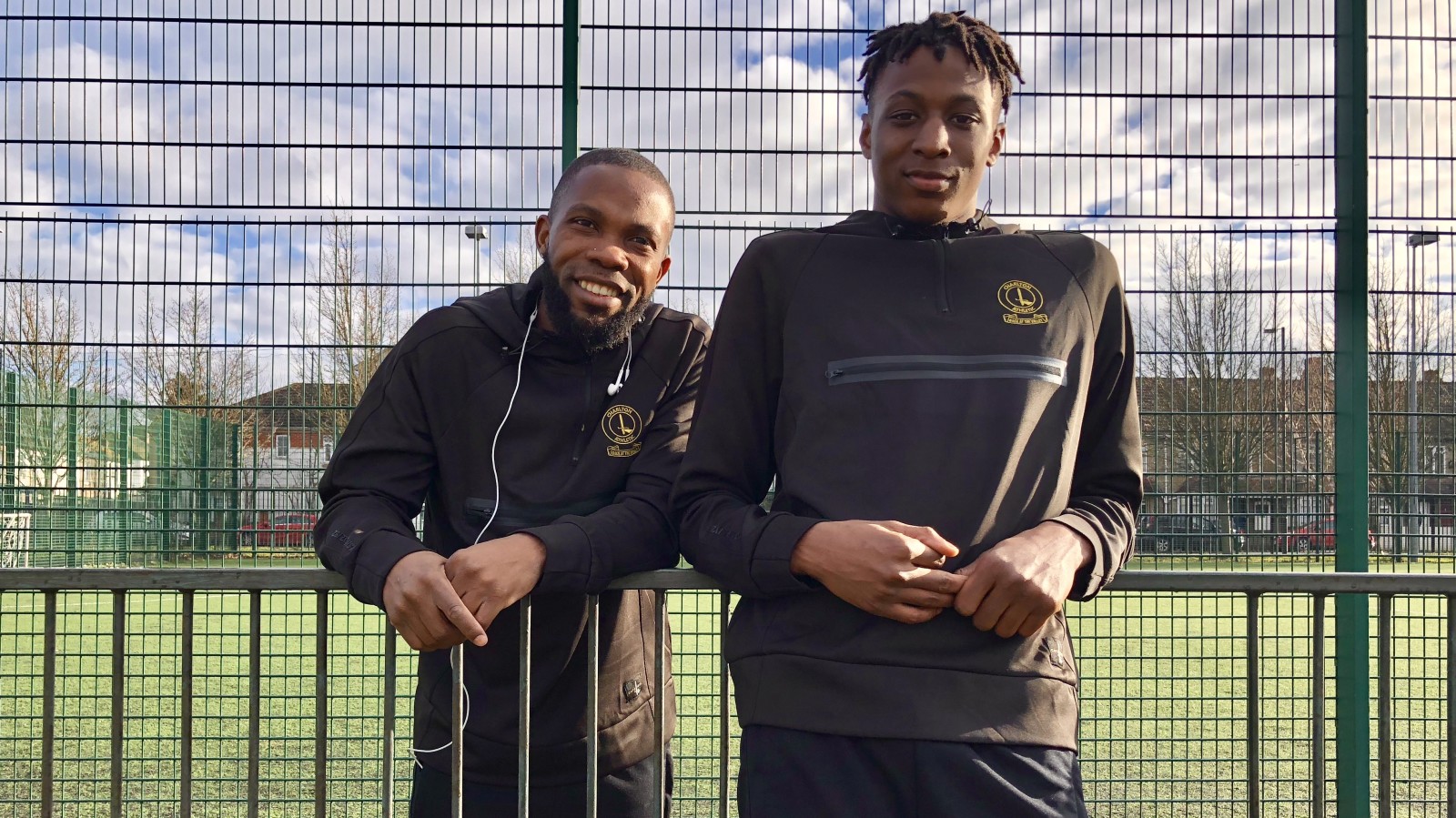 Joe Aribo’s journey into professional football was not the most traditional.

Growing up in Mitcham in South West London, his footballing education came about in a ‘cage’ in Lavender Park, a short walk from his house.

The aspiring midfielder would spend hours playing with his friends alongside throngs of other local kids for years until, one day, he caught the eye of a certain Mark Marshall.

Marshall was using the park to maintain fitness after being made to sit out of professional football for two years between 2010 and 2012 and saw first-hand that Aribo had what it took to make it. Little did they know, they would end up being teammates at The Valley.

The duo went back to where it all began for a special Valley Pass feature to discuss their respective memories of life in the ‘cage’.

“When you say to a lot of people that you come from the cage, they often think ‘hmm rough’,” said Marshall.

“But it’s not that at all. It’s a sense of happiness and relief. A lot of kids come to the cage because it’s about getting away from the pressures of being in gangs and stuff like that and a lot of people don’t understand how much influence that has on you.”

“When I was out of the game, I started coming here,” he continued.

“I didn’t used to talk to anyone. But then I came in to the cage started playing with them and I saw different kids with different ability. But one that stood out to me was Joe.”

Aribo was not in the system as a teenager and had to bide his time for his chance in the game. Indeed, Marshall was one of those to recommend him to his contacts in the game and it was Marcus Gayle, then Staines Town manager, that gave him a shot in senior football.

From there, Gayle would get on the phone to Jason Euell to sing the praises of Aribo and the rest is history.

“I started coming to the cage when I was eight,” recalled Aribo.

“Sometime, the gates were closed and they had a big lock on it. I used to have to climb over the fences to get over but, because you love football, you don’t have a fear about hurting yourself.

“But having Marsh around was key to me. He would always say to me that he was gonna get back in the game. To know that someone was so dedicated and motivated just made me think ‘yeah, I’ve still got a chance to get in’ and when he used to tell me it would give me confidence.”

“From being in the cage and just aspiring to be something, you end up in the same environment with someone that you saw with potential. He’s still got great potential and he’s fulfilling that potential now by getting the opportunity from Charlton. Football can inspire many people and, ultimately, help see you to become the person that you are if it’s your passion.”

Supporters can watch the full nine-minute feature with Aribo and Marshall exclusively on Valley Pass.