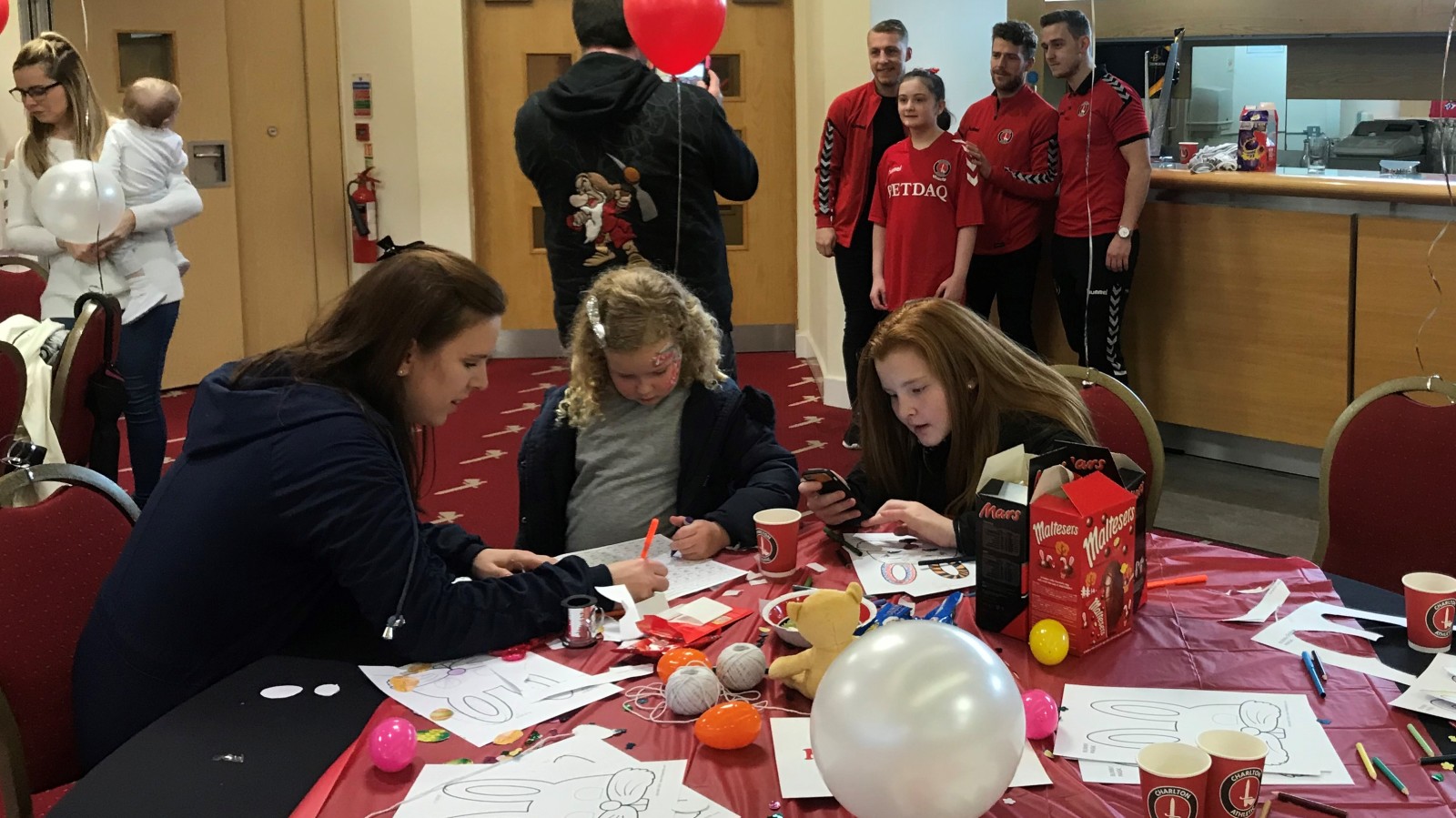 Charlton’s Young Reds were at The Valley on Sunday afternoon to celebrate their annual Easter Party.

Hosted in SE7’s North Stand lounge - which is the free Fans’ Bar on home matchdays - the youngsters were joined by a few Addicks stars, including Chris Solly, Tariqe Fosu, Billy Clarke and Mikhail Kennedy.

The players took time to chat and pose for photos, as well as passing on some footballing tips, and also announced Sunday’s raffle winners.

As well as that, they took part in a host of Easter-related activities and our Community Trust’s inflatable shooting game.

Youngsters were able to explore The Valley’s lounges, as part of our Easter egg hunt, and many also took advantage of the face paining on offer, having Charlton’s famous sword painted onto their faces.