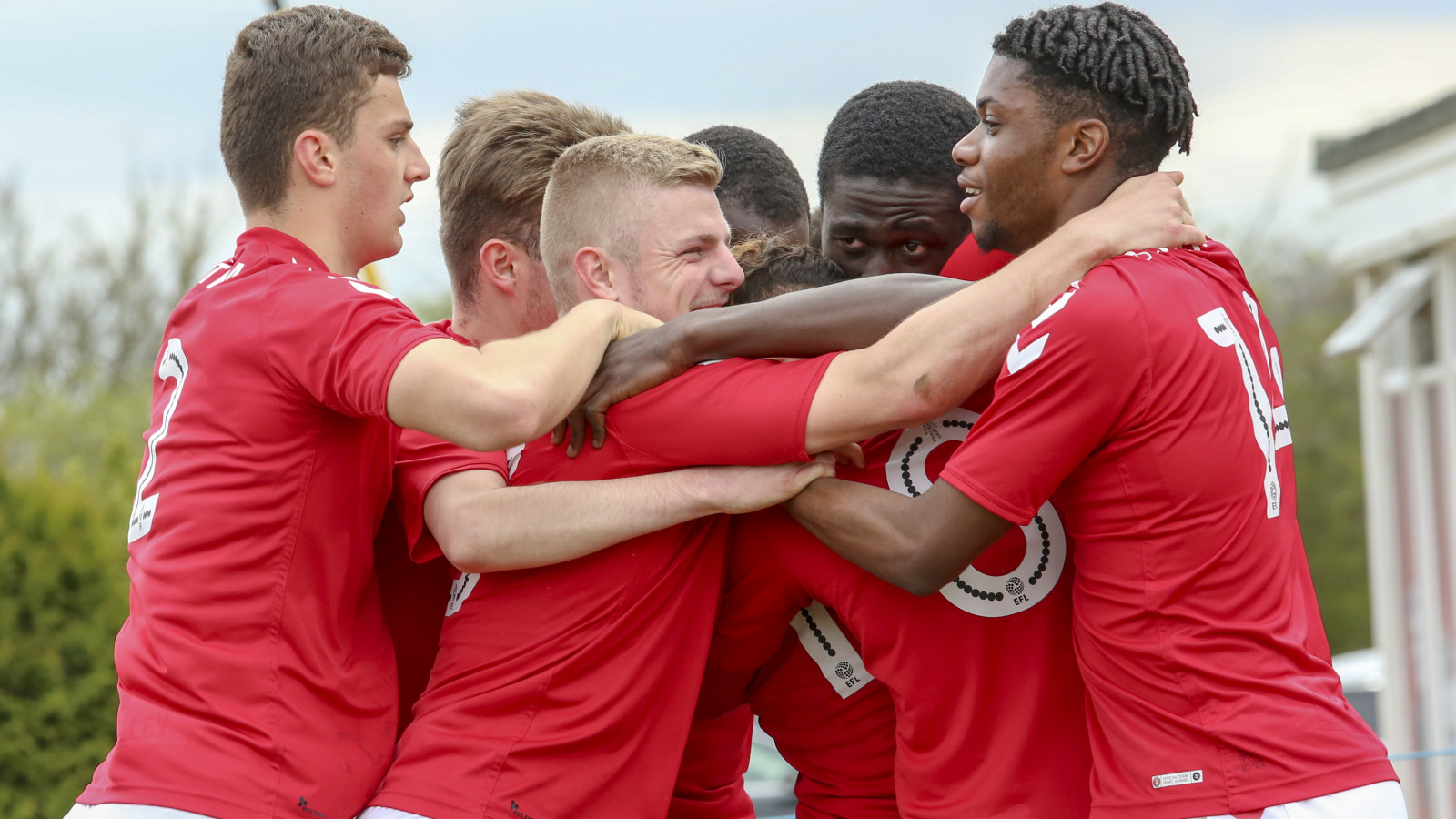 Charlton’s U18s strengthened their position in the Professional Development League 2 play-off spots by coming from behind to beat Hull City 2-1 at Sparrows Lane on Saturday morning.

The visitors took the lead when a long ball from the back sent Max Sheaf through and he took a neat touch before sliding beyond goalkeeper Ed Harvey.

After both sides spurned opportunities from free-kicks, Charlton got themselves back into the game. Brendan Sarpong-Wiredu made a charging run that ended into a shot going just wide, before he sent a vicious effort just wide of goal from the edge of the area.

The pressure finally told, again from another long ball. Harvey sent the ball from his area and the bounce evaded the Hull defenders, allowing a Trialist to nip in and poke the ball beyond Harrison Faulkes to level the scores.

Charlton ended the half strongly and the Addicks’ goalscoring trialist had another chance after some good play, but after controlling the ball in the box he was quickly closed down and could only shoot straight at Faulkes.

The Addicks grew into the game in the second half and Luke Carey teed up James Vennings in the box but his shot was charged down. Harvey then did well get down to hold a shot from distance.

Tyrone Kirunda almost inadvertently scored an own goal after his looping header crashed against the bar, before the rebound was smashed over.

But it was Charlton who won the game. After Hull failed to clear a long header from Kirunda, Sarpong-Wiredu skilfully flicked the ball over his head before firing into the top corner from a tight angle left of the box.

The Addicks survived a late scare when the visitors smashed the post, but they held on for three precious points.