Charlton to mark contribution refugees have made to football 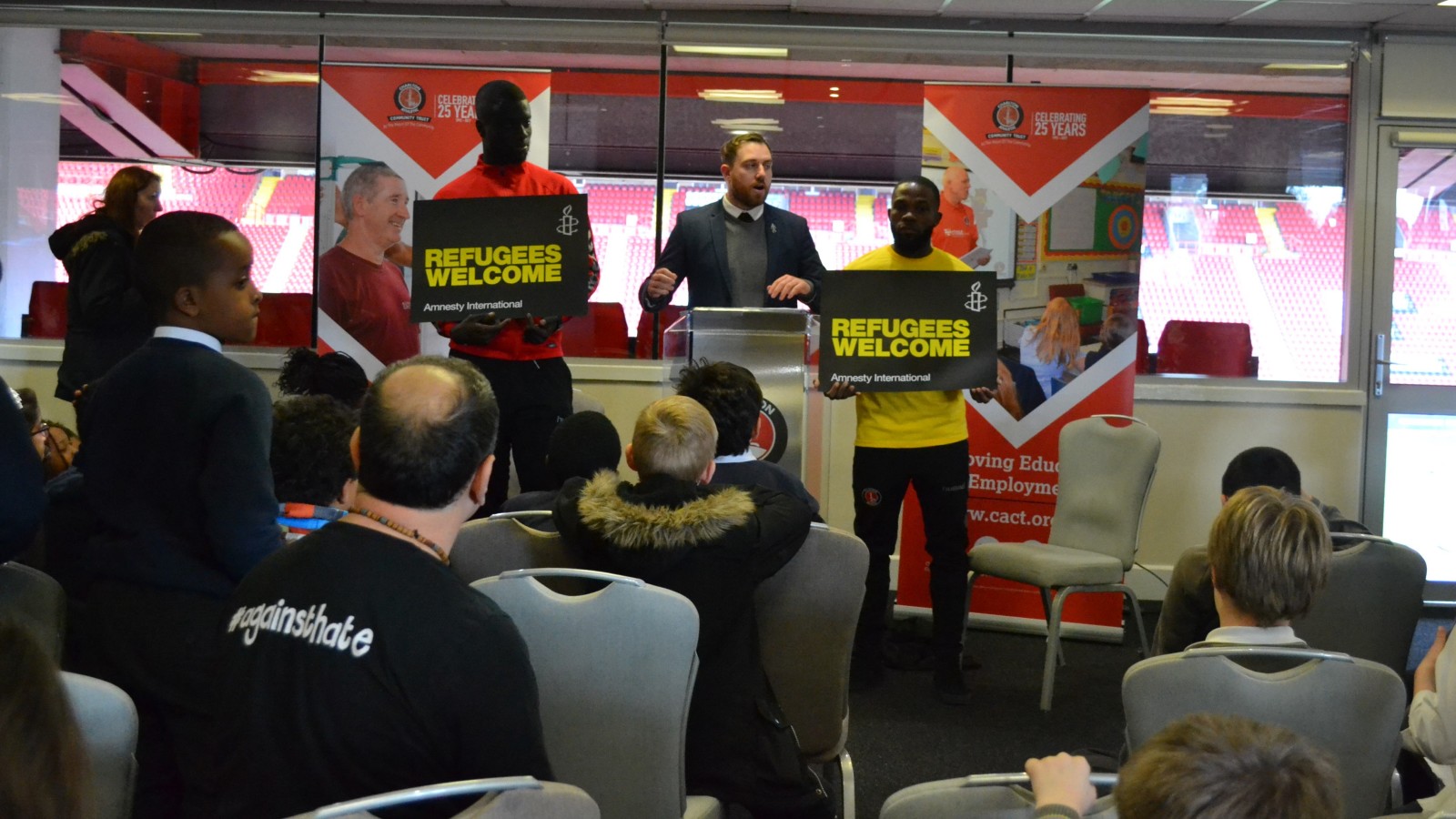 Charlton Athletic and its community trust (CACT) will be joining clubs and community trusts across the country this weekend in celebrating the contribution refugee players make to football as part of Amnesty International’s Football Welcomes initiative.

Football Welcomes, a weekend of action now in its second year, highlights the role of refugee players in UK football – from a group of Spanish Civil War child refugees who sailed from Bilbao to Southampton in May 1937 and went on to play professionally here to the likes of Arsenal’s Granit Xhaka, Stoke City’s Xherdan Shaqiri and Manchester City Women’s Nadia Nadim today.

Supported by a range of Premier League, EFL and FA Women’s Super League clubs, as well as grassroots and non-league teams, Football Welcomes also aims to highlight the important role football clubs can play in welcoming refugees and promoting integration.

To mark Football Welcomes, CACT will be giving free tickets to a local refugee organisation supported by Amnesty for Charlton’s game against Blackburn Rovers on Saturday 28 April.

CACT also hosted Amnesty at Charlton’s EFL Day of Action at The Valley on 20 March. More than 200 children took part in Amnesty workshops discussing the Football Welcomes campaign and the positive contribution refugees have made to football and wider society.

A number of clubs across the country also run regular football sessions for refugees and people seeking asylum.

Many other clubs will also be taking part in the Football Welcomes weekend – arranging player visits or stadium tours, or organising a match or tournament for refugees and asylum seekers in their community programmes.

Dr Michael Seeraj, CACT’s Head of Equality, Diversity & Inclusion, said: “We are providing a local refugee group with free tickets to the Blackburn game as part of Amnesty’s Football Welcomes campaign. This supports the ongoing work we do with refugees, engaging with them and promoting community cohesion”.

Naomi Westland, Amnesty International UK’s Football Welcomes Manager, said: “We are delighted Charlton Athletic are taking part in Football Welcomes this year. With so many clubs across the country participating, the message from football is clear – refugees are welcome in the UK. At a time when hate-filled rhetoric so often fills our newspapers and social media timelines, this shows that there is another story to be told.

“Violence and persecution around the world are forcing people to flee their homes and look for safety in communities elsewhere, and a small number make it to the UK. Football can give people a sense of purpose and belonging, and football clubs are at the heart of our towns and cities and have an important role to play in welcoming refugees and helping to promote respect, understanding and integration.”

Football Welcomes is part of Amnesty International’s I Welcome campaign for a better international response to the global refugee crisis. The campaign encourages local communities to work together to create a more welcoming environment for people fleeing conflict and persecution.