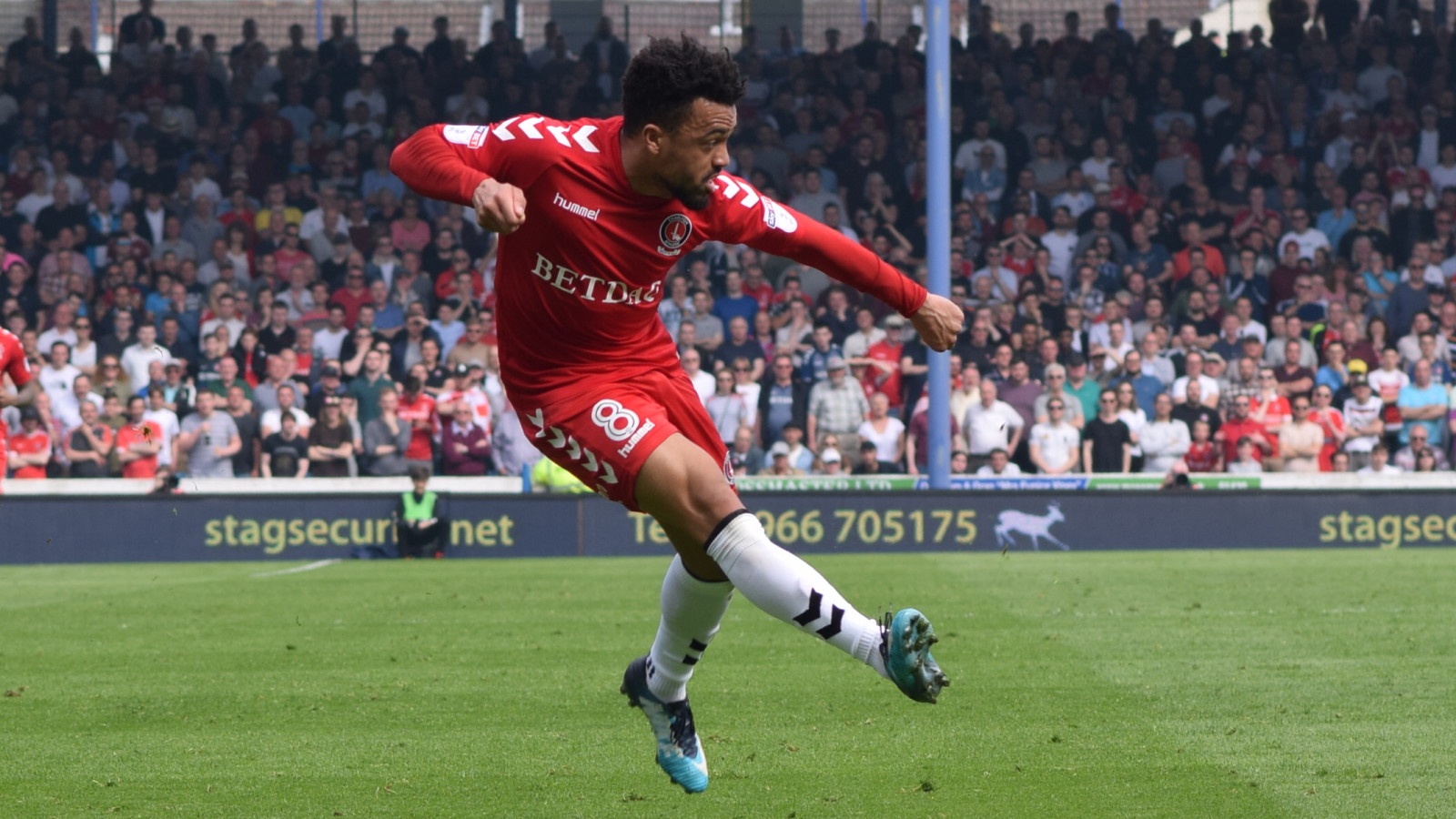 Nicky Ajose hailed Saturday’s heroics at Fratton Park as a ‘massive result' after Charlton strengthened their grip on the top six with victory over Portsmouth.

The striker scored the only goal of the game in the first half and it was an extra special strike for the 26-year-old, who has been waiting since December 2016 to bag again for the Addicks.

Speaking following the 1-0 win, he told Valley Pass: “It’s a massive result for us. We know the result we needed to get and we’ve won today. Plymouth have lost so that’s good for us and now we’ve got two more games.

“It was a massive performance,” he continued. The atmosphere was good and the away fans were terrific as usual – we’ve got the result and we’re just thinking about Blackburn now.”

And the striker reserved praise for his strike partner for his assist.

“Josh won everything in the air today and I manged to gamble on one and managed to put it away which was nice on a personal note, but it was more important to get the three points.

“Performances have been up and down in recent weeks, the Scunthorpe game was not so good, but it’s nice because we’ve been working harder and we’ve got the win today, so it’s lovely.”

Meanwhile, Ajose also went out of his way to thank the travelling fans, who packed out the away end and sang from start to finish.

“I want to say thanks to the fans. On a personal note, they’re always singing my name. It means a lot and it was great to get the winner today.

“The atmosphere was brilliant. It was like a Premier League game. There’s a lot of history here and it’s a game we’ll remember for a long time.

“These days don’t come around often – Fratton Park and a full house, winning 1-0 in a six-pointer – you can’t overestimate how important that can be for us. We’re not far away.”