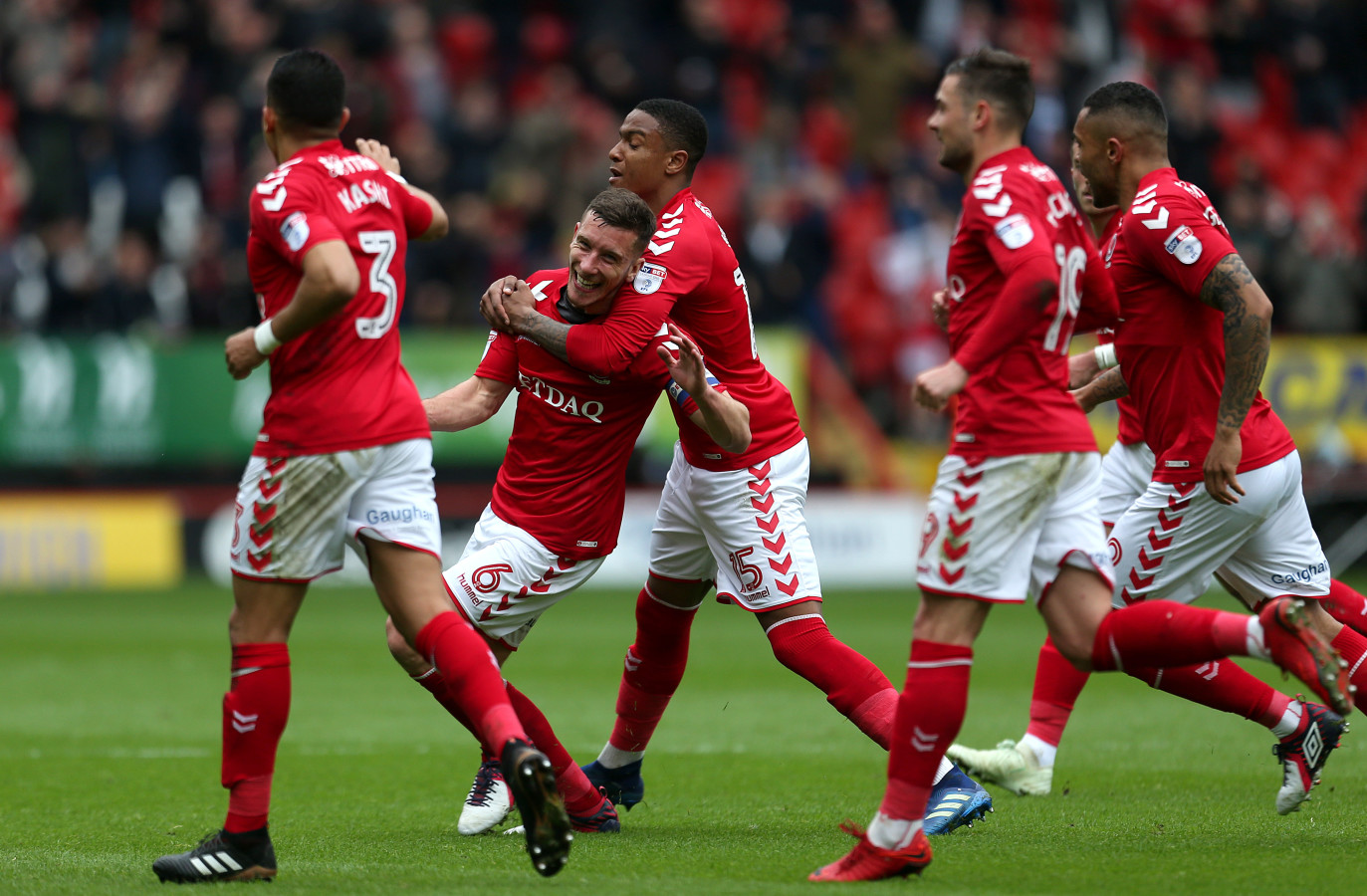 Charlton inched closer to securing a place in the play-offs with a tense, gutsy 1-0 home win against promoted Blackburn Rovers.

There was a touch of fortune about the three points with Jason Pearce’s first half goal a deflection off his backside and the away side striking the crossbar in the second half but that won't matter to the Charlton faithful who were once again loud throughout.

Some good team defence and some outstanding saves from the consistently brilliant Ben Amos kept the visitors out despite plenty of second half pressure making it three clean sheets in a row in the process.

Results elsewhere mean Tuesday’s Scunthorpe United vs. Plymouth Argyle clash will still play an important role but a win away to Rochdale in the Addicks’ final game of the season should put Charlton in a very good position to secure a play-off spot.

Today's game also marked Johnnie Jackson's last regular season home game for the club as a player and the Charlton legend received rousing applause when he spoke to the crowd at the end of the match to thank them for their support over his eight years at the club.

Lee Bowyer made just one change to the side that beat Portsmouth last week with Mark Marshall replacing the injured Tariqe Fosu. That meant Amos, an ever present this season, again started in goal with Ezri Konsa, Patrick Bauer, captain Pearce and Lewis Page making up the back four. Ben Reeves began on the right from where he occasionally switched with Marshall on the left. Jake Forster-Caskey and Ahmed Kashi maintained their centre midfield places with Pompey match-winner Nicky Ajose alongside Josh Magennis.

Both sets of fans were in fine voice as the game kicked off - Blackburn, celebrating their midweek promotion, and the home fans, fired up after some incredible support at Portsmouth last week.

The home side edged the first quarter of an hour with their best opportunities coming from a series of free kicks that were won just inside the Rovers half.

It was from one of those free kicks that Charlton took a 19th minute lead. A deep Forster-Caskey corner was cleared as far as Konsa whose cross in was headed out to Kashi. The Algerian international struck cleanly with his left-foot from outside the area. The ball may have been heading for the bottom corner and Jayson Leutwiler in the Rovers goal stepped to his right to cover it. That step cost him as the ball deflected off the backside of Pearce, at the edge of the penalty spot, into the opposite corner of the goal leaving Leutwiler stranded.

The home side kept their composure with the whole team, Marshall especially, doing some fantastic work tracking back. Indeed, Amos’ first real save came just after the half hour mark when he tipped away a dangerous Charlie Mulgrew corner and the Addicks stopper was relatively untested in the whole of the first half other than that.

The second half was to be very different and started in dramatic fashion with Adam Armstrong going through on goal and seeing his effort cleared away by Marshall. In the chance Page went down trying to block an effort and his teammates showed immediate concern. The left back had to be substituted and was replaced by Jay Dasilva.

Blackburn continued with their positive momentum and Amos was at his sensational best to twice deny Jack Payne. The away side in just a few minutes had created more chances than they did in the whole of the first half.

The home side managed to slow some of the momentum and Rovers brought on Danny Graham, Lewis Travis and Peter Whittingham and again the pressure increased.

Pearce blocked a Graham effort, Samuel headed off the bar and then was denied brilliantly by Amos as the home side just about held on. To try and relieve some of the pressure Stephy Mavididi was introduced by Bowyer in the place of Ajose.

At the other end, the Addicks finally forced Leutwiler into action when Konsa interchanged with first Reeves and then Mavididi to counter attack. The ball found its way to Forster-Caskey whose fierce shot was palmed to safety. Joe Aribo then replaced Reeves and the substitutions worked as the Addicks held on for the three points quietening Rovers during a nervous seven minutes of stoppage time.