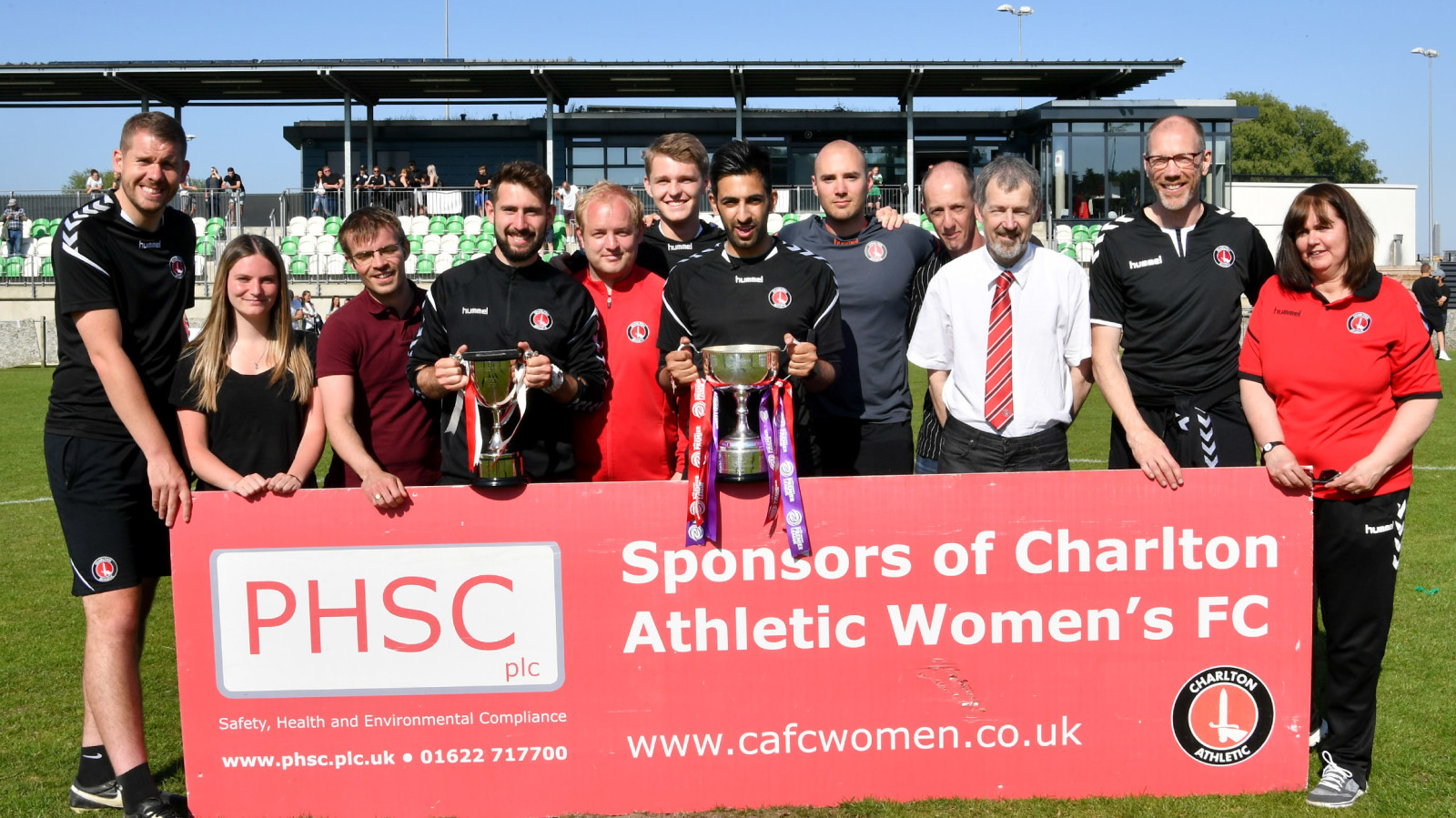 Charlton Athletic Women’s team may have won the league but on Sunday afternoon they face their most important game of the last decade.

The Addicks won the FA Women’s Premier League South by eight points with a goal difference of +85 and will take on the winners of FAWPL North, Blackburn Rovers, in a play-off match, with the victors being promoted to the brand new, semi-professional FA Women’s Championship.

For club chairman Stephen King, a Charlton fan since first attending The Valley “while Keith Peacock was playing on the wing”, a win would be right up there with Charlton’s incredible play-off win at Wembley in 1998.

The season ticket holder became Chairman of the women’s team in 2012 and has spent more than £300,000 in stabilising the club with the aim to get it back to somewhere near its former glory of the mid 2000s when they made four out of five FA Cup finals.

Now, after years of growth and plenty of funding, Charlton have a women’s first team and a youth set-up to be proud of and one King believes is fit for the second tier.

That’s why the team submitted an impressive bid to be part of next year’s Championship but with just four or five places available and more than a dozen teams bidding, the best way to guarantee a place is winning Sunday’s crunch game at Bramall Lane, which will be streamed live on Valley Pass.

“It’s for promotion from where we are, it is for semi-professional football. It’s something we’ve aspired to for many years. The structure is in place. The only thing lacking is the status.”

It is not just the status though that is important, not getting promoted could rip the club apart. King explained: “I think it would be very much a kick in the teeth and all change in a lot of areas, partly because a lot of the players are good enough to play in the second tier, which you can see when you win your league by as many points as we have.

And for King and many of the staff and supporters, seeing such a talented team torn apart after so much hard work on and off the field would be gut-wrenching.

King’s journey started as a child – when he was taken to The Valley for the first time and fell in love with Charlton. He’s been a season ticket holder since the 1960s and started going to watch the women’s team as their prominence grew. He was there for the aforementioned cup finals as a supporter and after the men’s team were relegated from the Premier League in 2007, forcing ties to be cut with the women’s team, his involvement gradually increased.

Charlton Athletic Community Trust took over, with Paul Mortimer as manager, and King came on board with his company PHSC, who offer health, safety and environmental consultancy and training and as well as security technology, becoming the club’s sponsor in 2010.

A further removal of funding meant the trust could no longer support the team financially and that is when King stepped in to take full control, maybe not quite realising the commitment he had made.

He said: “I think if you went back to the beginning and I had been aware of what the costs would have been, I think I probably would not have done that. It’s one of those things where it is a bit of a slippery slope.

“You get the bug, you get involved in it, you then feel obligations for what you are doing, you form affinities and relationships and it is about being part of the story and seeing the progress.

“As we’ve been on this journey it’s something I’ve always felt I want to support. Each season we’ve thought we’ll progress, and we’ll one day get this opportunity, and it would be a sad day if this all collapsed through lack of finance. It’s not me alone.

“We have a great bunch of coaching and fitness staff in place now, led by Riteesh Mishra, and Sue Prior keeps the wheels on from an admin point of view. Then there is the physio team headed by Simon Webster, and our increasing support from the everyone at The Valley. We’ve also got some help from Valley Gold and we’ve other supporters and volunteers who help in various ways, including financially.

“Asking why I do it, it’s one of those things. Why does anybody put money into football? It’s one of those things where with one or two exceptions nobody does it with an idea you’ll make money from it. It’s done because football is a passion and I’ve always taken the view, particularly with women’s sport, that a relatively little amount put in can lead to quite a good outturn.

“You think what it would cost to run our women’s team is less than the average Premier League player’s monthly salary. You have to look at it in context.

“As with anything, like Shrewsbury last weekend, the lows are very low but the highs are very high. When you do have a great result, when you do win a cup whether it is men’s or women’s football – the elation and the high of that are what you do it for, you do it for that buzz.”

And like the players, the staff, the fans and the rest of the Charlton family, King will be hoping to get “that buzz” on Sunday afternoon in what is clearly such a huge game for the whole club.

The Charlton women’s team are running a supporter coach to Bramall Lane on Sunday, priced at £20 which also includes a match ticket. To reserve a place, please email charltonwomen@yahoo.co.uk.