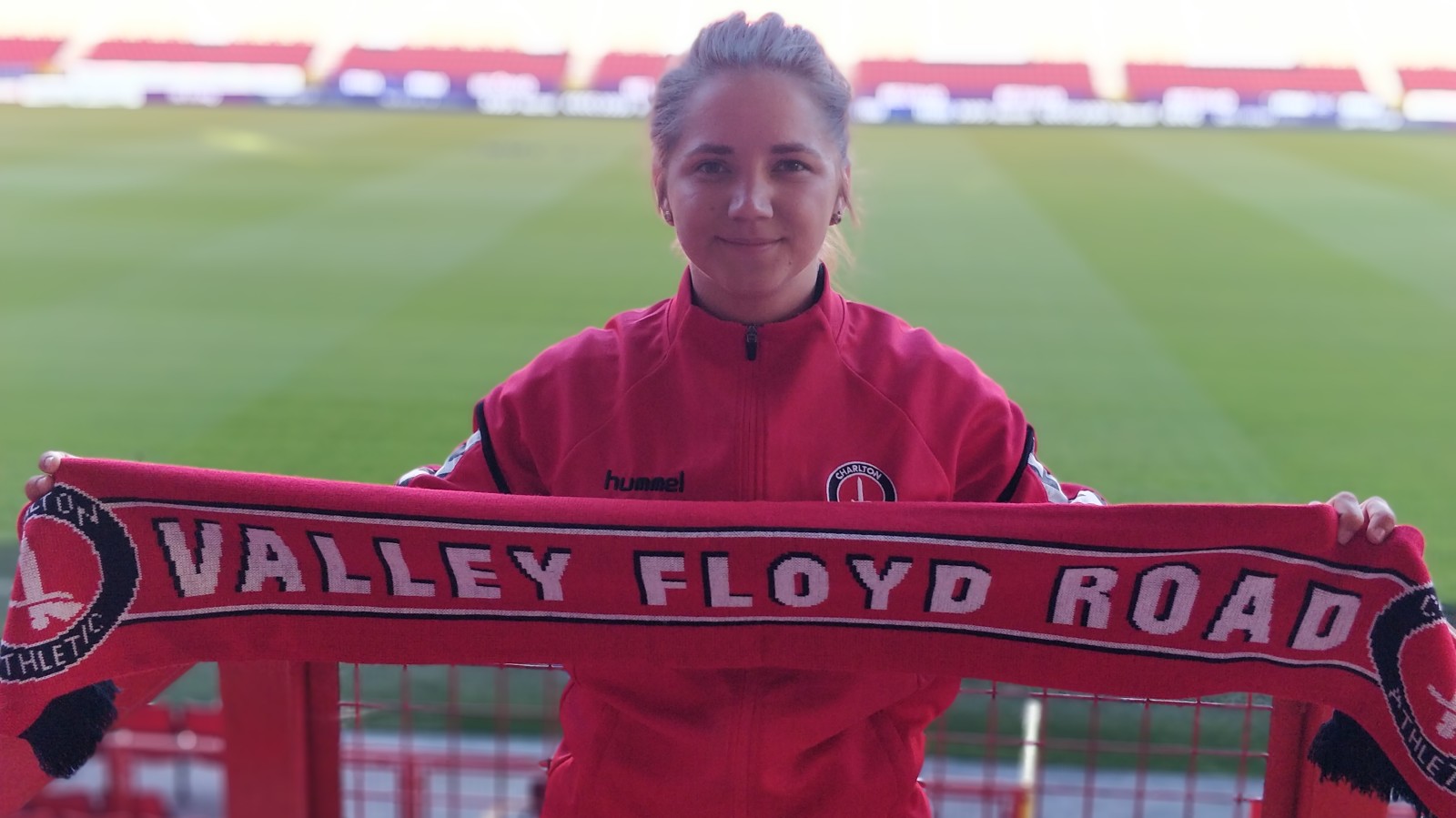 Charlton women’s team Players’ Player of the Season for 2017/18 has delighted head coach Riteesh Mishra by making the ‘easy decision’ to renew her contract for the forthcoming season.

Kit Graham continues her Addicks story, having first joined the club in 2004 at the age of just nine. In her in-depth interview with Valley Pass, she sheds light on her early Addicks years and explains why she is ‘exactly where she wants to be’.

Graham’s first Charlton goals came at the age of 16 in a game that she nearly didn’t even make it to. “We broke down on the way there, my Dad got a puncture so I was proper stressed out,” she remembers.

It is her Dad who Charlton women’s team fans have to thank after he kindled her love of football at an early age. The striker said: “He told me that when I was younger I used to ask to go to his training sessions.

“He just used to play for a Sunday team but I used to go down there and kick a ball about. I think I joined my first team when I was five [playing] for Black Lion, so I’ve always been around football.”

More than 200 Charlton goals later and Graham is a key part of the Charlton furniture. Since she first joined in 2004, Graham had always been playing above her age group and her potential has been nurtured both on the pitch and off it.

She said: “I just enjoy scoring, I enjoy winning and I don’t like losing at all.

“Obviously, you can’t score if you haven’t got a good team behind you and whoever I’ve played with have always been supportive. Look at this season; for me to get my golden boot took a massive effort from everyone. It wasn’t just me.”

The 2014/15 season proved to be a watershed year for Graham, in which she returned 54 goals. She followed this by completing a century of Charlton goals a season later.

Manager Mishra is, therefore, overjoyed that Graham has renewed, stating: “I’m delighted not only personally but for the football club that Kit has signed.

“She’s someone who had opportunities to play at a higher level and I’m pleased she now has that chance with her club.

“I’ve seen a big improvement in her as a player and person these past 12 months, and her work both on and off the pitch last season had a big impact on how we performed.”

Despite playing a key role in the Addicks’ promotion this season and earning a new contract, Graham has her eyes firmly fixed on the season ahead,

She said: “It will be good to play against teams like Tottenham and Millwall and obviously a few away games, Man Utd for example, they’re going to be a challenge. No one really knows what to expect from them, so we’re going into the unknown, really. It’s exciting.”